Prime Minister Justin Trudeau today announced a new rent subsidy program to help businesses forced to shut down due to the global pandemic, as some provinces begin to lay out plans to reopen their economies.

Prime Minister Justin Trudeau today announced a new rent subsidy program to help businesses forced to shut down due to the global pandemic, as some provinces begin to lay out plans to reopen their economies.

The rent relief plan, to be funded jointly with the provinces, will provide non-repayable loans to commercial property owners to cover 50 per cent of rent payments for April, May and June.

The loans will be forgiven if the property owner agrees to cut the rent by at least 75 per cent for those months and promises not to evict the tenant. The small business tenant must cover the remaining portion of the rent, which would be up to 25 per cent.

To qualify, small business tenants must pay less than $50,000 a month in rent. They also must have experienced a revenue decline of at least 70 per cent from pre-COVID-19 levels, or they must have been forced to close down because of pandemic restrictions.

Trudeau acknowledged that some struggling businesses won't even be able to come up with their portion of the rent.

"We are trying to help as many people as possible." 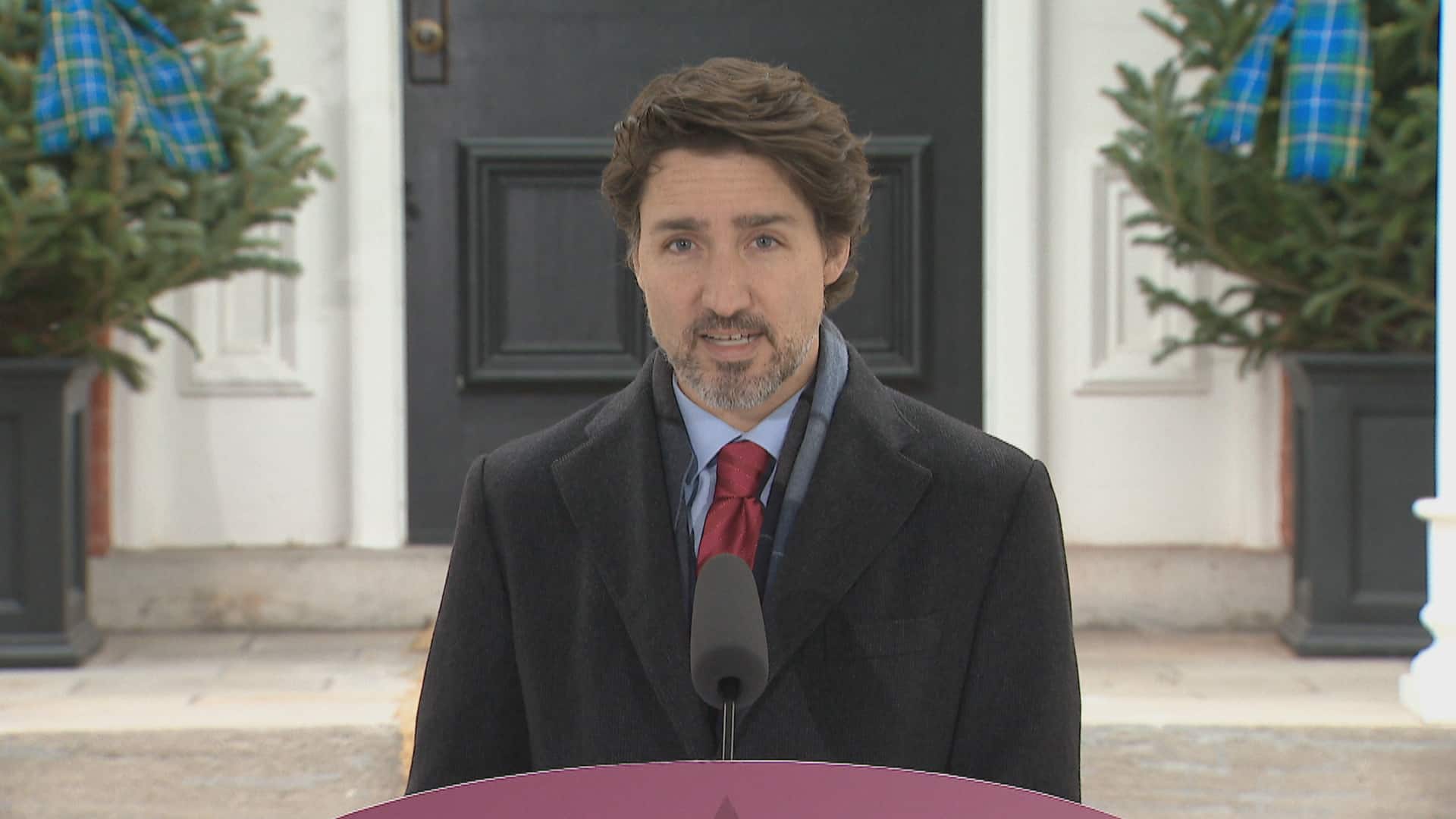 The government also is offering a $40,000 government-backed loan to businesses, $10,000 of which can be non-repayable.

Conservative finance critic Pierre Poilievre said the program, like other support programs the Liberals have brought in to respond to the pandemic, has too much red tape.

"Once again, the government has well-weaved a cobweb of bureaucratic complexity to entangle entrepreneurs," he said.

"Instead of flowing rental assistance directly to commercial tenants, the money will wind its way through two levels of government plus landlords before it ever relieves frontline small businesses. It is time to simplify and streamline."

The Canadian Federation of Independent Business (CFIB) welcomed the rent relief program but warned that it may be too complicated and too reliant on landlords to administer.

"As landlords do not have to participate and will be expected to accept some losses under the program, they may choose to ignore it, even if their tenants badly need it," reads a statement from CFIB vice-president Laura Jones.

The CFIB also criticized the requirement that a qualifying business report a loss of 70 per cent of its revenues, saying that might disqualify some hard-hit businesses.

The NDP is also warning that many businesses won't be eligible.

Gord Johns, the party's critic for small business and tourism, said any delay in getting help to more of them could "spell disaster."

"For business owners whose landlords choose to not chip in and sign on, they still face the very real threat of eviction through no fault of their own," he said.

"The all-or-nothing approach of this announcement also leaves out businesses in desperate need."

Johns suggested having a "second tier" of assistance for businesses that have experienced a drop in revenue of 30 to 70 per cent.

Trudeau to talk with premiers

Trudeau is scheduled to hold a conference call with provincial and territorial premiers this afternoon; reopening the economy will top the agenda.

Today, Trudeau said the federal government will offer guidelines as provinces make decisions on how and when to reopen their economies, ensuring proper levels of testing and contact tracing and ensuring workplace safety.

"What those actually are, what that will look like, will be up to the provinces and local jurisdictions to determine," he said.

"We need to make sure that as we look at economic reopening, we are grounding ourselves in the principles that we don't allow for future spread."

The Canadian Chamber of Commerce said federal and provincial governments must make sure personal protective equipment (PPE) is widely available to businesses to protect employees and customers and to avoid a resurgence of COVID-19.

"Time is of the essence. Re-starting businesses and supply chains is not an overnight process. Depending on the complexity of the business, it can take days to several weeks. Workers will need PPE to enable a business to reopen its doors to the public and keep supply chains moving," reads a statement from the organization.

The premiers are also expected to discuss another issue that is under provincial jurisdiction — the tragedy unfolding at under-staffed long-term care homes, where more than half of Canada's deaths from COVID-19 have occurred.

Trudeau last week promised the federal government would top up the wages of front-line workers in seniors' facilities but said it would have to be done in consultation with the provinces.

Today, he said the federal government is "very close" to an agreement with the provinces and territories on that issue.

The situation has deteriorated since then, with the two largest provinces calling on the federal government to send in the military to help care for people in long-term care facilities.

At his daily briefing Thursday, a visibly upset Trudeau called the situation "unacceptable."

"We are failing our parents, our grandparents, our elders, the greatest generation who built this country. We need to care for them properly," he said.

"In Canada, we shouldn't have soldiers taking care of seniors. Going forward in the weeks and months to come, we will all have to ask tough questions about how it came to this. We will all have to do more to get through this terrible situation."

Trudeau will also take part Friday night in a virtual vigil for the 22 people police say were killed by a gunman masquerading as an RCMP officer in northern Nova Scotia last weekend.