The Liberal government is taking steps to tackle the flow of asylum-seekers crossing into Canada outside of legal border points, but the proposed change may only stop a fraction of the total number of claimants.

Provision in budget bill will prevent refugees from making claim in Canada if they've already made one in U.S.

The Liberal government is taking steps to stop so-called asylum shopping, but the new provision may turn away only a fraction of the total number of migrants entering Canada outside of legal border crossing points.

Included in the budget implementation bill is a proposed change that would make refugees ineligible to make a claim if they have already done so in another country that the federal government considers "safe" for migrants and that shares intelligence with Canada. Those so-called Five Eyes security partner countries are the U.K., Australia, New Zealand and the United States.

About 40,000 people have crossed into Canada from the U.S. outside regular border points over the last two years. Since April 2017, only 3,150 people claiming asylum in Canada had applied previously for asylum in the U.S., according to statistics provided by the government.

Of those 3,150 migrants, 76 per cent had crossed into Canada outside regular border points.

Some refugee advocates have questioned the constitutionality of the proposed change, since it would limit the legal right of an asylum seeker to a full hearing. They also say a significant change like this should have been subjected to a full public debate, instead of being buried in a budget bill.

Prime Minister Justin Trudeau defended the move, insisting that Canadians must maintain confidence in the immigration system and maintaining that every asylum seeker will be treated fairly.

"We need to recognize that there are larger numbers than before because of global instability in terms of refugees," he said Wednesday. "That's why we're putting more resources in and we're also ensuring that the system is fair for everyone. That's what Canadians expect."

The proposed change is part of a $1.2 billion strategy unveiled in last month's federal budget, which funds various federal departments' efforts to tackle the surge in border-crossers and make the system more efficient by speeding up the claims process and carrying out deportations of failed claimants more quickly.

The changes will prevent people whose claims have been rejected already from re-entering Canada and starting the asylum process again. It also will prevent those who already have made claims in another country — one with a refugee determination processes Ottawa considers fair and humane — from seeking asylum status in Canada.

"Those are safe countries and their claim in those countries should proceed. But we don't want them sort of shopping around and making applications in multiple countries," he said. "What we're trying to do is make sure the system is fair and efficient for those who truly do need our protection."

The Canadian Council for Refugees warned the provisions would place many people at greater risk of being sent back to their countries of origin, where they could face persecution.

"The budget bill is no place for substantive changes to the law, especially if, as here, they undermine the basic rights of some of the most vulnerable people in Canadian society," said CCR president Claire Roque in a statement.

"We are shocked that the government is proposing to deny some refugee claimants their voice, the ability to share their story and have a fair hearing."

Blair's office confirmed that people subject to removal from Canada will not be sent to a country where they would be in danger of persecution. In keeping with its international legal obligations, the office said, Canada will carry out a Pre-Removal Risk Assessment to determine if it is safe to send individual migrants to their countries of origin, or whether they should receive temporary protected status in Canada.

These measures have no impact on the Safe Third Country Agreement (STCA). That agreement requires asylum seekers to make their claim in the first safe country they arrive in, unless they qualify for an exception spelled out in the agreement.

The STCA does not apply outside official border points — a provision which has prompted thousands to trek into Canada from the U.S. through farmers' fields and at the Roxham Road border area in Quebec.

The Conservatives have urged the government to close what they call a "loophole," so that the STCA would apply to the entire 9,000 km border. The Liberals have said that plan is unworkable because it would be too difficult to enforce, and would also push people to more dangerous crossing points. 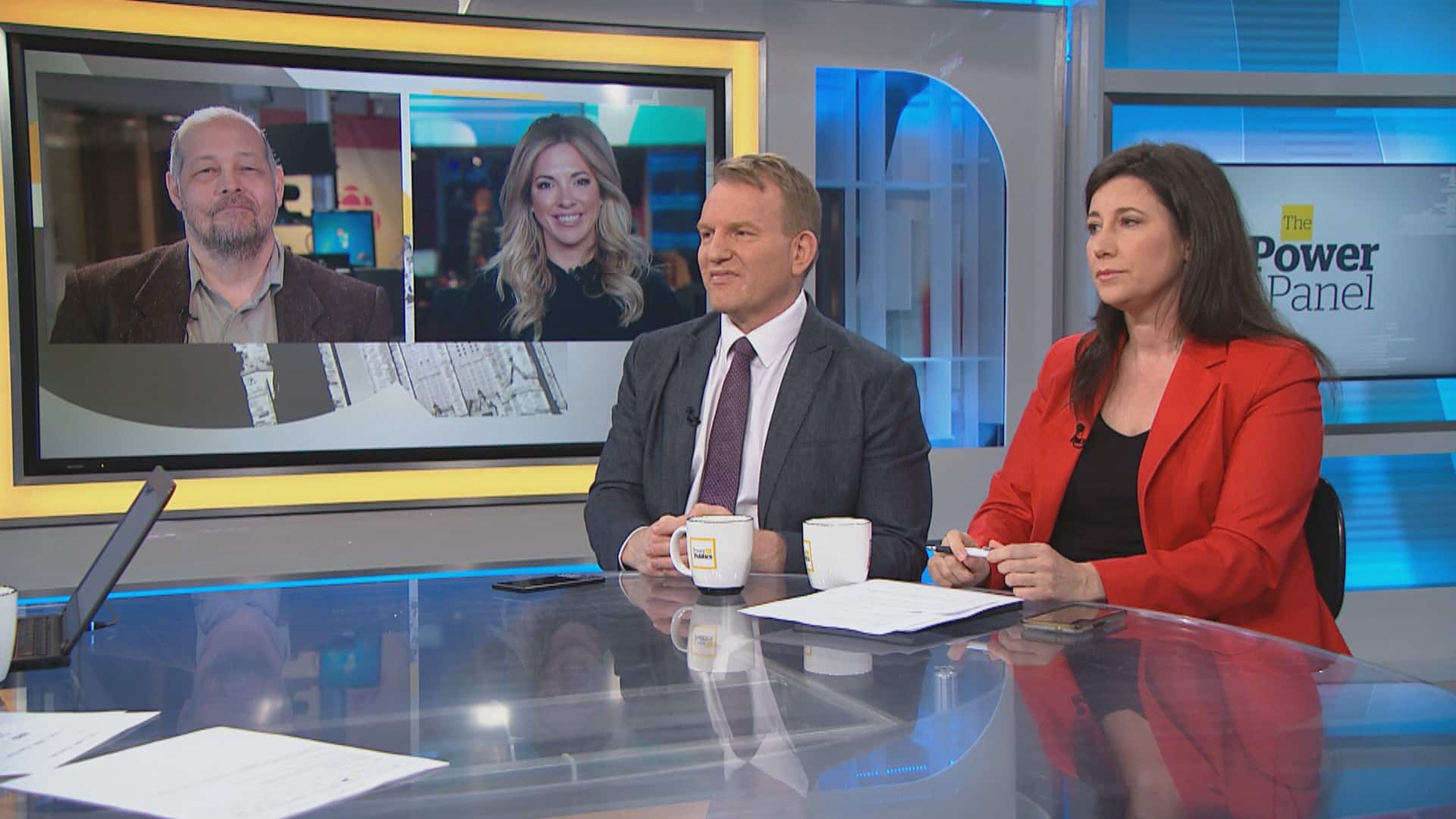 "This is a measure that has been slipped into an omnibus bill that will not be given the scrutiny it deserves on its own," he said.

NDP Leader Jagmeet Singh said the Liberal proposal is "disrespectful to what human beings are going through." He said it's exactly the wrong approach for Canada to take with people fleeing persecution and danger, and given the "unpredictability" of the U.S. administration.

"We need to be suspending the Safe Third Country Agreement, making it easier for asylum seekers to go through the proper process," he said.

"I think right now people are looking for alternatives to the kind of anti-immigration efforts being made around the world," he told host Vassy Kapelos. "The prime minister in the first election made Canada really a leader. I think issues like this begin to chip away at that."

During the 2015 campaign, Trudeau promised to resettle 25,000 Syrian refugees, and his government surpassed that goal after winning the election. 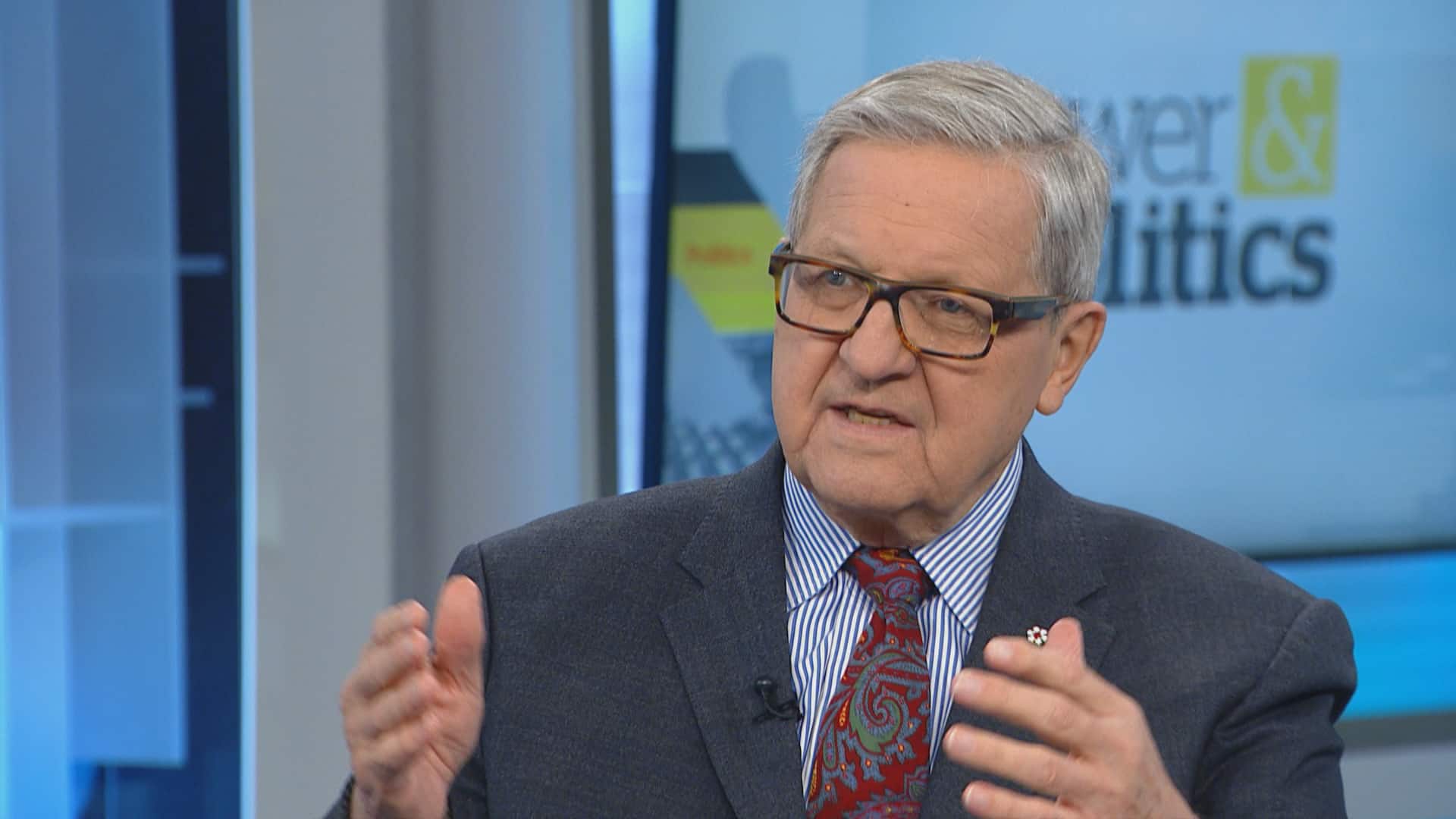 Axworthy called Blair's suggestion that people are shopping for countries where they can claim asylum "offensive."

"They're escaping from terror, from violence, from starvation, from their families being persecuted. Let's stop treating them this way and using that kind of language."

The federal government has said its efforts to reach out to officials in source countries for migrants, such as Nigeria, to get them up to speed on Canada's asylum process have helped slow the influx of some asylum seekers.