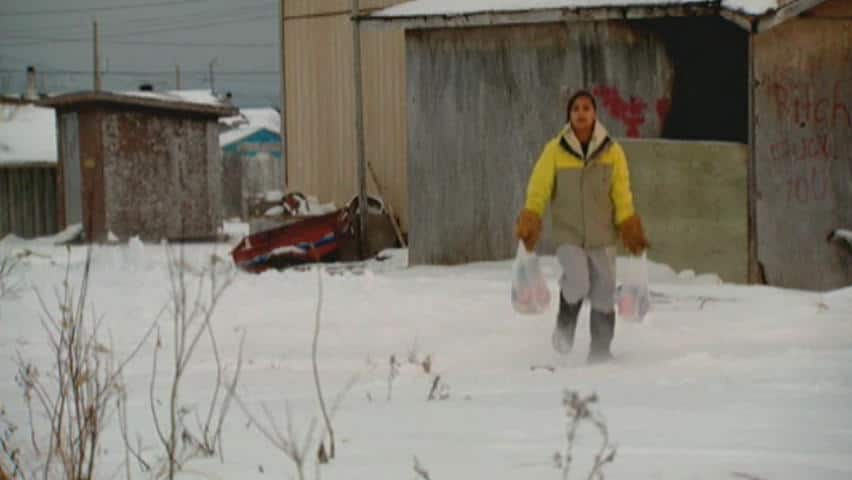 9 years ago
3:59
CBC's Adrienne Arsenault is on the Attawapiskat First Nation reserve to look into the community's state of emergency and the imminent arrival of the Red Cross 3:59

The Red Cross says it's working closely with public authorities and the community to identify and address urgent, short-term needs.

At the request of the community, the Red Cross says it is taking on a donation management role to support the community's needs.

Saunders will fly to Attawapiskat Tuesday to assess what exactly residents need.

"It's not like there's a whole chain of hotels available to us, so we're looking at accommodations as one potential challenge," he said.

Is Red Cross aid to Attawapiskat an embarrassment for Canada? Take our survey.

"It's likely that we'll be bringing a tent up ourselves and we'll be sleeping in a winter tent  while we're in the community."

The Registered Nurses' Association of Ontario called some of the living conditions in Attawapiskat deplorable and dangerous.

"Chief Spence has asked that the Red Cross provide support with donation management as the community has been inundated with offers of assistance," said Saunders.

The Red Cross will "make arrangements to get supplies into the community as soon as possible," he said.

Last month, Spence had asked that her community be evacuated before winter because lives were at risk.

In a press release, National Chief of the Assembly of First Nations Shawn Atleo said he was pleased the Red Cross had stepped forward and expressed his full support for Spence on behalf of First Nations leaders across Canada.

"We should all be shocked and appalled as I am and we must all answer this call," Atleo said in the statement. "I have seen these same deplorable and heart-wrenching situations throughout many remote and northern communities. This is why First Nations leaders are calling on the federal government and others to work with us now on transformative change.

"We simply cannot afford to lose another generation," Atleo's statement concludes. "We owe it to them to provide them every opportunity to realize their potential."

The community was in debt because it was forced to pay for an evacuation two years ago when a sewage backup left 100 people homeless, Angus said.

"They had to pay for the cost of looking after their own people because they had no place to put them in the community," said Angus.

He and interim NDP Leader Nycole Turmel plan to visit Attawapiskat on Tuesday.

Red Cross officials expect to spend several days in Attawapiskat this week on an initial visit, before returning with more assistance.

"I think we all – all of us across the country – have to be embarrassed that these situations have been allowed to fester over the years," said Kathleen Wynne, Ontario's minister of aboriginal affairs.

"It's unacceptable to me that anyone in Canada in 2011 would be living in these conditions," she said Monday.

Wynne said that her goal over the last week has been to make sure that the province responds as part of a team, with a view to getting people into the community and working on solutions as quickly as possible.

Provincial and federal workers are in Attawapiskat to evaluate problems, which Wynne said is a first step.

"We have to muster the political will to solve problems that are self-evident and I'm going to do everything I can to push all of the decision-makers to make the decision necessary."

In a statement Monday, Aboriginal Affairs Minister John Duncan said the federal government is "deeply concerned about this situation."

Duncan said that he is in touch with department officials who are in Attawapiskat to meet with the chief and community members and investigate "why conditions are as poor as they are, given the significant funding for housing, infrastructure, education and administration provided by our government."

Duncan said that since 2006, Aboriginal Affairs and Northern Development Canada alone has provided roughly $80 million to Attawapiskat, not including funding for this fiscal year.

The most recent funding was $500,000 for renovations on homes in disrepair, he said.

Duncan said he will get updates from staff on the ground daily and noted that recommendations on the next steps to alleviate the crisis could come soon.

"We will continue to work closely with the community to ensure measures are taken to address the most immediate housing needs," Duncan said in a statement.

He said his priority in the "immediate short term" will be working with the community and the province to make sure that the affected people have access to "warm, dry and safe shelter."