A senior official working with an RCMP intelligence team has been charged under the Security of Information Act — an event that is expected to have a ripple effect across the intelligence world for years.

Canada's intelligence community is reeling after a senior official working with an RCMP intelligence team was charged under the Security of Information Act — an event that is expected to have a ripple effect for years.

Cameron Ortis — a civilian director general at the RCMP — faces three charges and multiple counts of the rarely used law that deals with communicating or confirming special operational information.

The Security of Information Act is designed to safeguard and protect Canada's secrets.

A source tells CBC News that because Ortis's work was so central to national security, federal departments across government are conducting in-house damage assessments in the wake of his arrest.

Devil in the details

"There's really no overstating what he could have had access to. The devil is in the details on what he actually took," said former CSIS analyst Jessica Davis.

"This could range from somewhat injurious to seriously detrimental to our national security and the partnerships we have with our allies."

The 47-year-old Ortis appeared briefly Friday afternoon in an Ottawa courtroom via video link. Wearing a fitted, blue collared shirt, he looked tired but showed little emotion. His case was put over to Sept. 20 and he remains in custody. 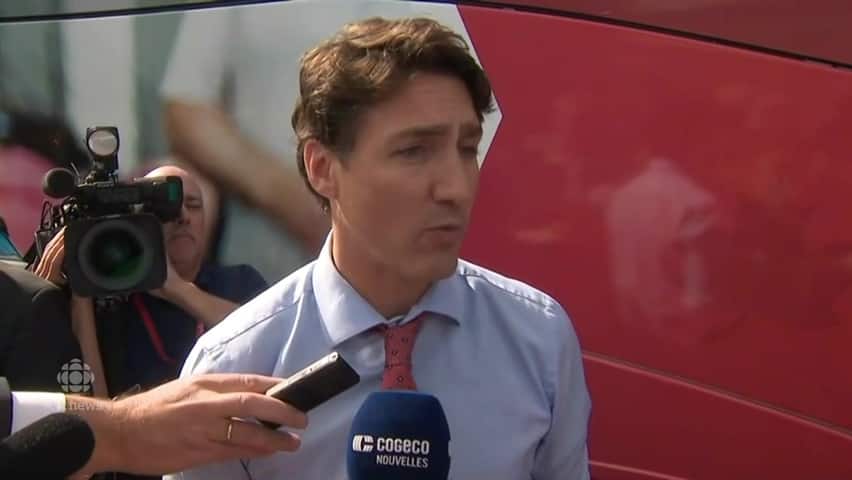 Over the span of his career Ortis had some of the highest access to classified and allied information within the RCMP, said Davis. Sources who are familiar with his work said he would have had knowledge of code words and operations.

He was known for his expertise in East Asian affairs, critical infrastructure and the use of "bots" online. According to his LinkedIn profile, Ortis speaks Mandarin.

"Without going into too much detail, it is alleged he obtained, stored and processed sensitive information, the Crown believes with the intent to communicate that information with people he shouldn't be communicating to," Crown counsel John MacFarlane told reporters outside the courthouse after Ortis's appearance.

MacFarlane said that the charges Ortis faces have a "reverse onus" rule on bail, meaning the accused has to convince a court bail should be granted.

"He's entitled to a bail hearing, should he choose to have one," he said. "And it will be the Crown position at that bail hearing that he should be detained in custody."

Ortis was charged under a section of the Security of Information Act that applies to individuals "permanently bound to secrecy" as a condition of their work — which strongly suggests he had access to top secret material.

Under the Security of Information Act, Ortis has also been charged with:

One of the charges stems from 2015, while the others span a year, going back to September of 2018.

West said it's telling that he wasn't charged under section 16 or 17 of the act, which deal with sharing information with a foreign government.

Under the Criminal Code, Ortis has been charged with:

Raised on the campaign trail

The RCMP won't say if Ortis is still employed by them.

"As this investigation is ongoing, we will not be making any other comment at this time," said an RCMP spokesperson.

On the campaign trail Friday, Prime Minister Justin Trudeau said he was not in a position to comment on the case. 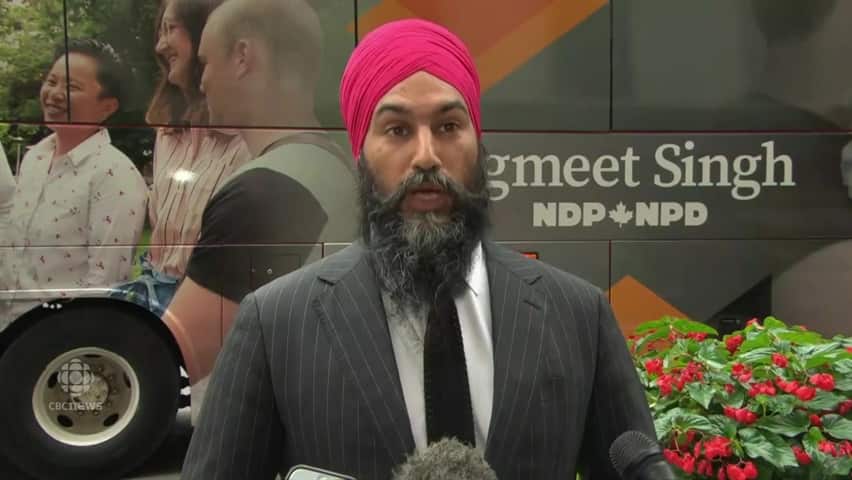 1 year ago
0:30
NDP Leader Jagmeet Singh said the charges against a civilian member of the RCMP are "incredibly serious." 0:30

"I was, of course, made aware of the arrest," he said. "I can assure you the authorities are taking this extremely seriously."

Conservative Leader Andrew Scheer tweeted that news of the charges is "extremely concerning" and called it "another reminder of the threats we face from foreign actors.

"As prime minister, I will not hesitate to identify these threats and act accordingly."

"Canadians can continue to have confidence in their security and intelligence agencies to protect our safety and rights," he said.

Ortis hasn't retained a lawyer and duty counsel appeared Friday on his behalf.

This is not the first time the little-known Security of Information Act has been used to prosecute a Canadian.

Jeffrey Delisle, who in 2012 pleaded guilty to selling secrets about Canada and its allies to Russia, was the first to be convicted under the act.

In 2007, the then-35-year-old sub-lieutenant walked into the Russian embassy in Ottawa, offered to sell top-secret classified information and set the price at $10,000 US.

Delisle has since been granted full parole after serving one-third of his 18-year, five-month prison sentence.

With files from Chris Hall, Rosemary Barton and Murray Brewster