Legislation to make the RCMP disciplinary process more accountable to the public may be making it easier for the police force to hide bad behaviour.

Legislation to make the RCMP disciplinary process more accountable to the public may be making it easier for the police force to hide bad behaviour.

When the Enhancing Royal Canadian Mounted Police Accountability Act came into force in 2014, it set up a new framework for investigating members accused of wrongdoing. It also granted the RCMP commissioner more authority to deal with troublemakers.

The act required the commissioner to "make rules establishing the conduct measures, other than dismissal or recommendation for dismissal, that may be taken in respect of contraventions of the code of conduct."

The result is two disciplinary streams.

Misconduct so serious it could lead to someone being fired is dealt with by conduct boards. Everything else is handled internally in what is called a conduct meeting with almost no possibility for public scrutiny.

If RCMP executives want to bury a particularly messy case or incident, they can do so by pushing it to a conduct meeting rather than a hearing.–Paul Champ, Ottawa labour lawyer

Ottawa labour lawyer Paul Champ says the major problem with the new act is that it does not specifically set out what kind of conduct could lead to a dismissal.

"Unfortunately, if RCMP executives want to bury a particularly messy case or incident, they can do so by pushing it to a conduct meeting rather than a hearing," says Champ.

Before, any discipline was subject to the open court principle, and adjudication board hearings and decisions were all open to the public.

"Right now the system the government has set up is one where disciplinary meetings are subject to no public oversight," says Ottawa defence lawyer Solomon Friedman.

CBC News has learned that allegations of workplace harassment — deemed serious enough for the RCMP to refer them to the Ottawa police for investigation — were dealt with by a conduct meeting, and all the details are being kept secret.

Those documents summarized the allegations and submissions from everyone involved and explained how adjudicators arrived at their decision.

Yet for a second complaint lodged against Calandrini, alleging unwanted sexual touching at the office, the disciplinary process was covered by the new legislation.

To date, CBC News has been unable to obtain any information from the RCMP about who conducted the disciplinary process, the testimony and insight into how disciplinary authorities arrived at their decision to keep Calandrini on the payroll.

The RCMP decided to dock Calandrini 15 days' pay, which in RCMP culture is considered a severe punishment. That snippet of information was dropped inadvertently and would not normally be released to the public. 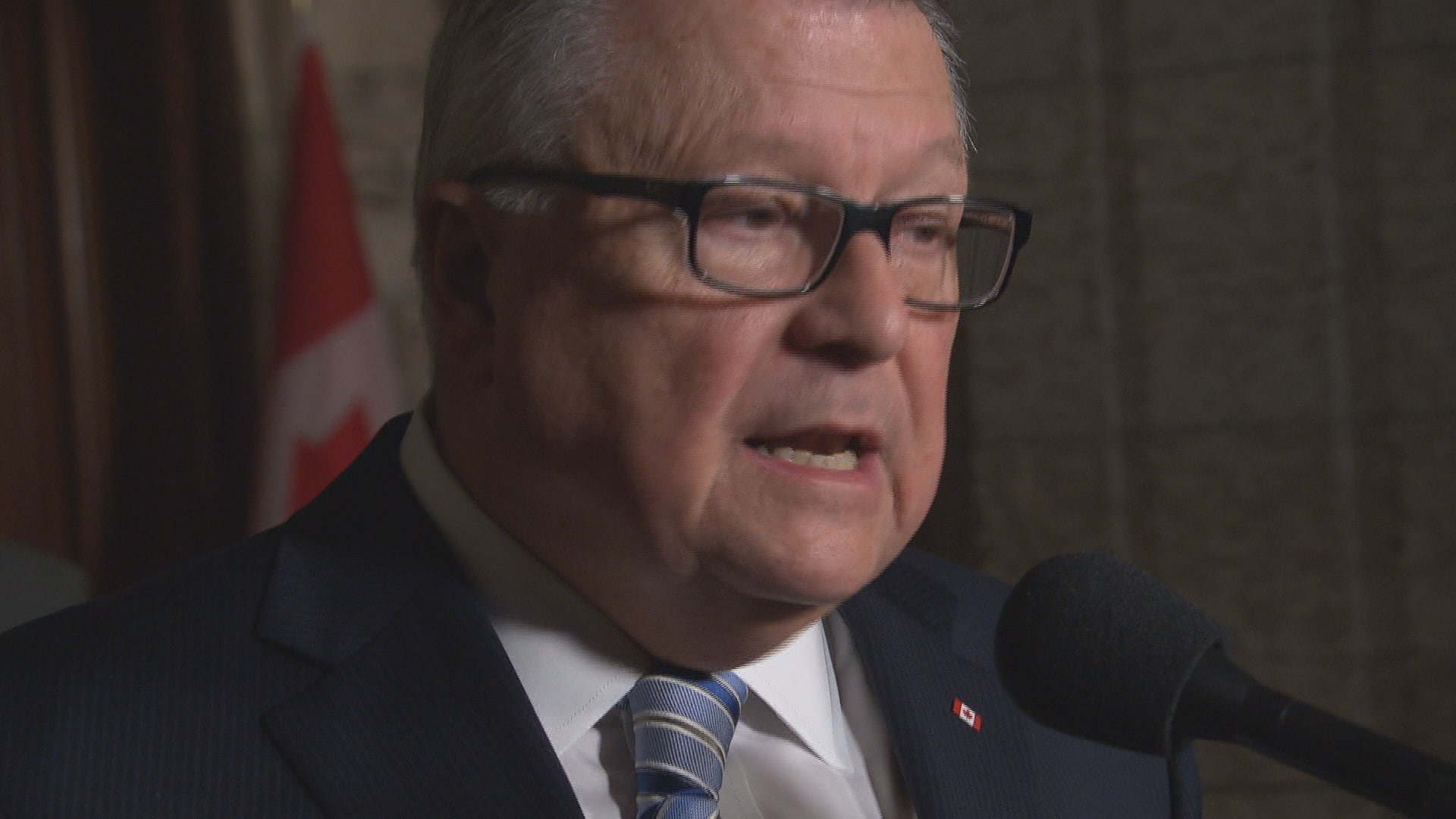 5 years agoVideo
1:41
Ralph Goodale says reports of sexual harassment, bullying and other offensive behaviour inside the RCMP is an embarrassment 1:41

Commissioner Paulson's chief of staff Lisa-Marie Inman explained in an email that conduct meeting decisions and related documentation are not releasable unless, in some cases, a person files an access to information request.

However in the Calandrini case, Inman says the Access to Information and Privacy Office and legal counsel determined the information would not be released even if someone filed a formal request under the act.

But even if the Calandrini decision was released under access to information, names and other details would be redacted. Under the previous system, adjudication board reports were made available in their entirety.

It is curious that even after Calandrini was accused of walking around the office in the nude and other problematic behaviour, a second and more serious complaint was not considered misconduct serious enough for dismissal.

Many Canadians would likely find it hard to imagine a workplace where getting naked at work and groping a co-worker would not be considered a firing offence.

In its 2009 ruling on Quan vs. Cusson, the Supreme Court of Canada made it clear Canadians are concerned with the integrity of its public service: "The Canadian public has a vital interest in knowing about the professional misdeeds of those who are entrusted by the state with protecting public safety."

Champ says it appears that vital interest is being served only when misconduct is dealt with at conduct hearings.

"The real problem with the new act is it does not define what is a more serious form of misconduct. It is up to the senior RCMP officers or executives to determine whether something goes to a meeting or to a hearing."