A Liberal MP has asked the Speaker of the House of Commons to strike a former Liberal caucus member's comments from the official record after he made a statement he said "impinged on the reputation" of Sikh MPs.

A Liberal MP has asked the Speaker of the House of Commons to strike a former Liberal caucus member's comments from the official record after he made a statement he said "impinged on the reputation" of Sikh MPs.

Ramesh Sangha, who was removed from his party's caucus last month, read a statement before question period today accusing Sikh MPs of pressuring the government in 2018 to have the term "Khalistani extremism" removed from the 2018 Public Report on the Terrorist Threat in Canada.

Sangha said the Sikh MPs — he did not name them — had a "hidden agenda" to "camouflage" the names of Sikhs linked to the Khalistani extremist movement.

The Khalistani movement is a Sikh independence movement that seeks to establish an independent Sikh state called Khalistan.

A statement by former public safety minister Ralph Goodale from December 2018 explaining alterations to the terrorism report indicated that while the word "Sikh" was removed from the report, so were the words "Shia" and "Sunni", among others.

"While this terminology has been in use for many years, that does not mean it is sufficient or precise enough. Therefore, I have asked officials to conduct a review and make the appropriate changes to the language used throughout the government to describe extremism," Goodale said in his statement at the time.

"Words matter. We must never equate any one community or entire religions with extremism," he added. 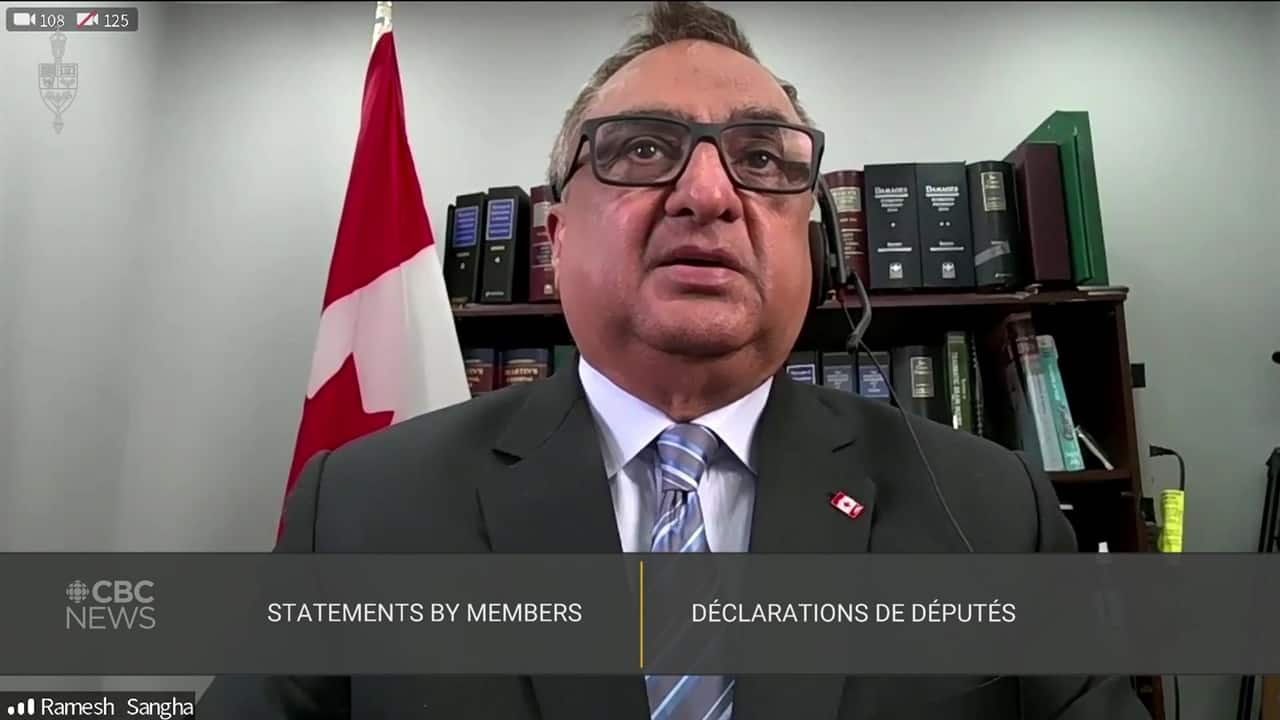 18 days ago
2:17
Ramesh Sangha was a Liberal MP until he left caucus earlier this year to sit as the Independent member for Brampton Centre 2:17

Liberal MP Gary Anandasangaree objected to Sangha's statement today and asked Speaker Anthony Rota to have it removed from the record.

"The last [MP statement] is out of line with respect to the decorum that is expected of this House. A number of comments were made by the previous speaker that clearly impinged on the reputation of many of our members and I take particular offence to it," said Anandasangaree.

Conservative MP Gérard Deltell argued against having Sangha's remarks removed from the parliamentary record, insisting that MPs must be able to criticize the government in the House of Commons.

"There is nothing in the rules that states that a member … has to say something that agrees with government policy. We must preserve this right," Deltell said.

Rota told the House that he would consider the issue and return with a ruling. 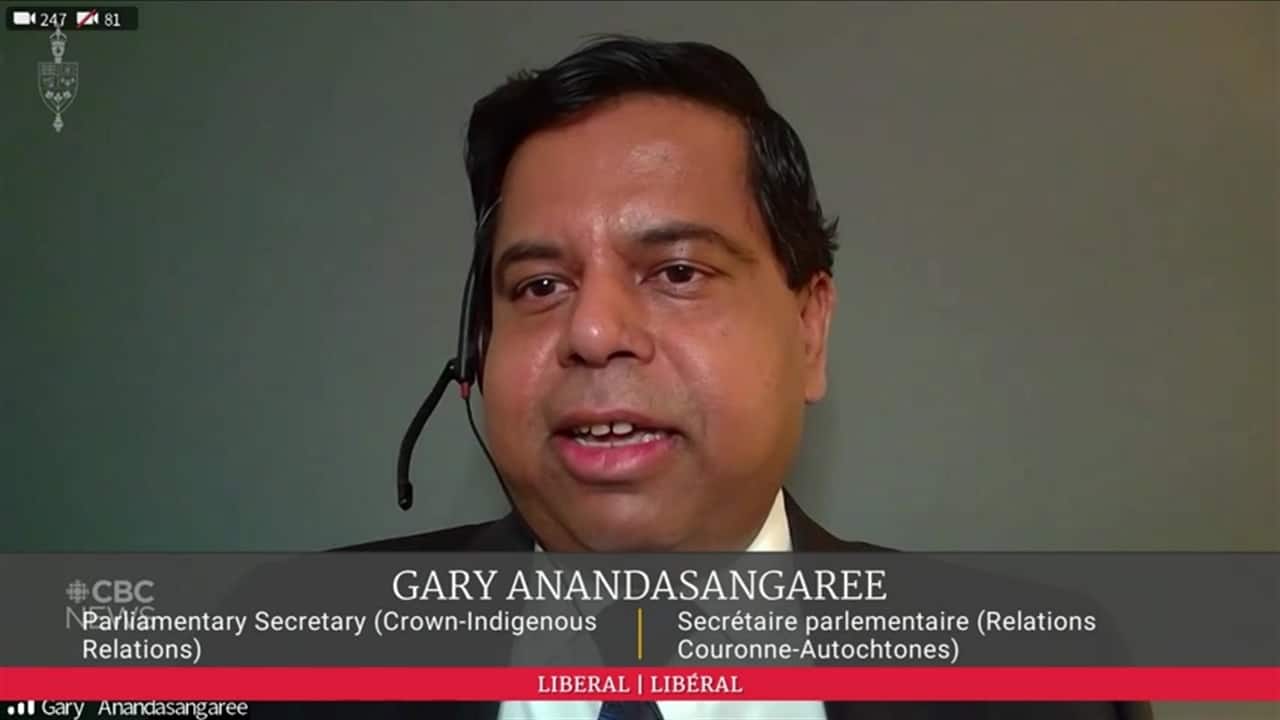 Sangha, a lawyer first elected to represent Brampton Centre in 2015, was removed from the Liberal caucus last month and now sits as an Independent.

A statement from chief government whip Mark Holland at the time said the whip's office was told Sangha had made "baseless and dangerous" accusations against a number of his colleagues.

"As we have made clear, time and time again, we will not tolerate conspiracy theories, or dangerous and unfounded rhetoric about parliamentarians or other Canadians," the statement said. "Unfortunately, it is not uncommon for many Canadians to experience suspicions because of their background; we all know where this can lead."

CBC News reached out to Sangha's office for comment on the removal at the time, but did not receive a response.

Sources who spoke to CBC News said that Sangha had made disparaging comments about Liberal MP Navdeep Bains, who is Sikh. Bains stepped down from the federal cabinet last month because he is not running again in the next election, citing family reasons.

The National Post reported in 2019 that Sangha accused the Liberal government of "pandering" to Sikh separatists in a way that threatened to derail Canada's relationship with India.

"There is no doubt, there cannot be two opinions that the Liberal Party is pandering [to] Khalistan supporters," the Post quoted Sangha as saying in an interview on 5AAB, a Punjabi-language channel based in Mississauga, Ont. "One thing is for sure ... the Canada-India relationship will certainly develop cracks."