Public Safety Minister Ralph Goodale says the Canadian government will step up its anti-terror efforts with a new office to counter radicalization that is expected to open this fall.

Public Safety Minister Ralph Goodale says the Canadian government will step up its anti-terror efforts, but won't be rushed into passing new laws in the wake of a foiled plot in Ontario last week.

"You don't develop good law in a panic," Goodale said Wednesday following a speech to the Canadian Association of Chiefs of Police in Ottawa.

His comments come after ISIS sympathizer Aaron Driver was killed last week in Strathroy, Ont. The RCMP was tipped off by the FBI about a "martyrdom video" and a planned attack within 72 hours in an urban centre during morning or afternoon rush hour. A subsequent inquest determined Driver died from RCMP gunfire.

Goodale said the government is in the final stages of hiring a senior adviser that will spearhead an anti-terror program to counter radicalization, with a new national office opening sometime in the fall.

"That person will be directing a very important effort to up our game in Canada in terms of recognizing and understanding the process of radicalization, who's vulnerable to it, why they would be vulnerable, and what are the most effective tools and instruments … to prevent the problem in the first place."

Driver, 24, was under a court-ordered peace bond intended to limit his activities after the RCMP became aware of his communications with what they said were well-known ISIS supporters in the U.K. and the U.S.

The incident raised questions about the effectiveness of peace bonds as a tool to deal with suspected terrorists and the need to review Canada's anti-terror laws. 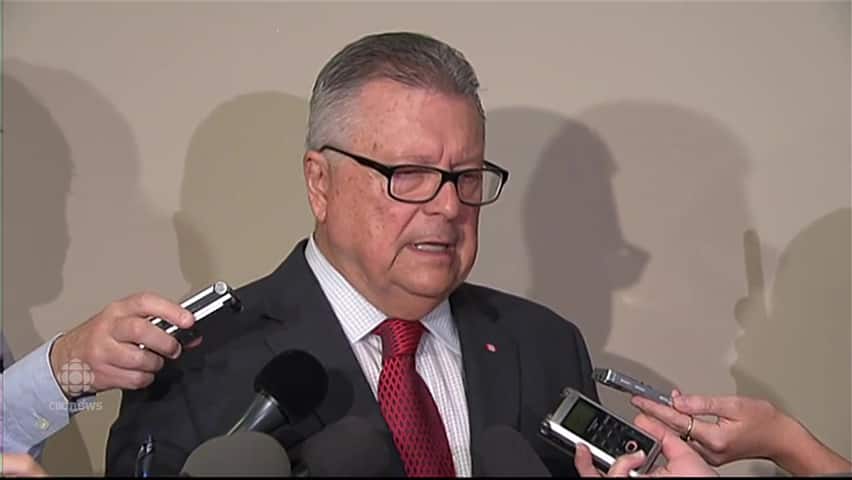 In an interview on CBC News Network's Power & Politics, Goodale shrugged off criticism that his government was guilty of an intelligence failure — because it had been the FBI to identify Driver's video and not the RCMP — saying he was satisfied that the system worked the way it was intended to.

"There's a very robust relationship between Canada and the United States with respect to our security and intelligence activities, and it works both ways," Goodale said.

Peace bonds 'not a panacea'

On Wednesday, Goodale acknowledged the limitations of a peace bond and conceded it was "not effective" in this particular case.

"We have recognized, that for this incident and beyond it, that peace bonds have some usefulness, but they're not a panacea. They're a tool that has limitations," Goodale said on Wednesday.

Goodale said the government is studying the possibility of expanding the terms and conditions of peace bonds to include mandatory counter-radicalization counselling, which could be "helpful and effective."

"There had been some ad hoc interventions, but nothing that was deliberate and organized," Goodale said of the way Driver's peace bond case was handled.

In response to a legal challenge by Driver, a Manitoba judge ruled in earlier this year that requiring participation in a treatment program violated the charter's protections for thought and expression.

According to the Public Prosecution Service of Canada, there is currently one active terrorism peace bond, with nine others pending.

Kadir Abdul agreed to a peace bond in July, in Brampton, Ont., said Elizabeth Armitage, a spokeswoman for the prosecution service, in an email to CBC.

Canada's anti-radicalization efforts appear to be lagging behind that of its allies, said University of Calgary political science professor Michael Zekulin in an interview with CBC Radio's Chris Hall.

According to Zekulin, whose research focuses on terrorism and radicalization, successful deradicalization programs include components of security, prevention and disengagement.

"All of our allies have worked well into the preventative and are now looking into the disengagement component. Here, we're talking about the counter-radicalization strategy, the preventative part of it," Zekulin said on Wednesday.

"In that sense, we actually seem to be a full prong behind." 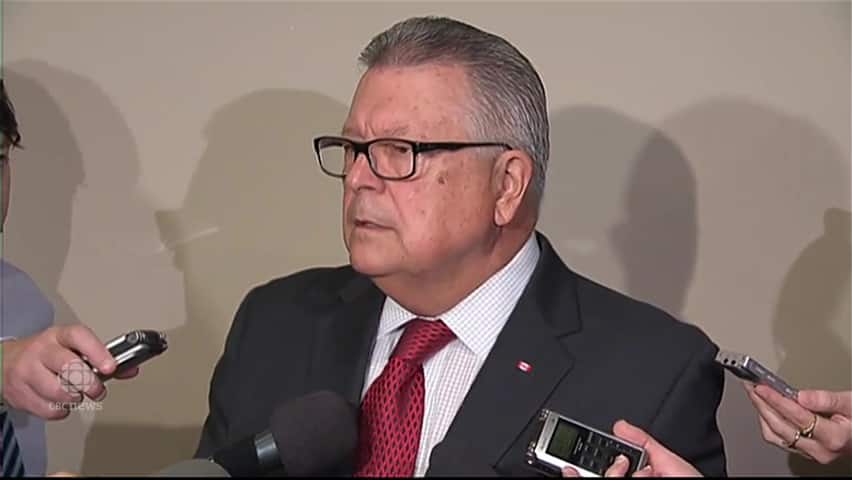 5 years agoVideo
1:53
Public Safety Minister Ralph Goodale says Canadians need to be consulted about police chiefs request for a law that could give them access to the cellphones of suspects. 1:53

His remarks come as Canada's police chiefs want a new law that would force people to hand over their electronic passwords with a judge's consent.