Quinn Nelson, a University of Calgary student, has been told to leave the gender question blank on the 2016 long-form census and write a comment explaining that neither male nor female was accurate.

'As a non-binary person, often when I fill out forms there's only 2 options ... and that's not enough'

Quinn Nelson wants to be counted in the 2016 long-form census, but when it comes to the question of gender identity there's a problem: Nelson is transgender and identifies as neither male nor female.

"As a non-binary person, often when I fill out forms there's only two options given to me and that's not enough for me," Nelson said in an interview on CBC's Power & Politics.

In November, Nelson wrote an email to Navdeep Bains, the minister responsible for Statistics Canada and the census. Nelson didn't want to violate the law by not filling out the questionnaire.

The University of Calgary sociology student also wanted to make sure Statistics Canada was going to provide an accurate reflection of the country. 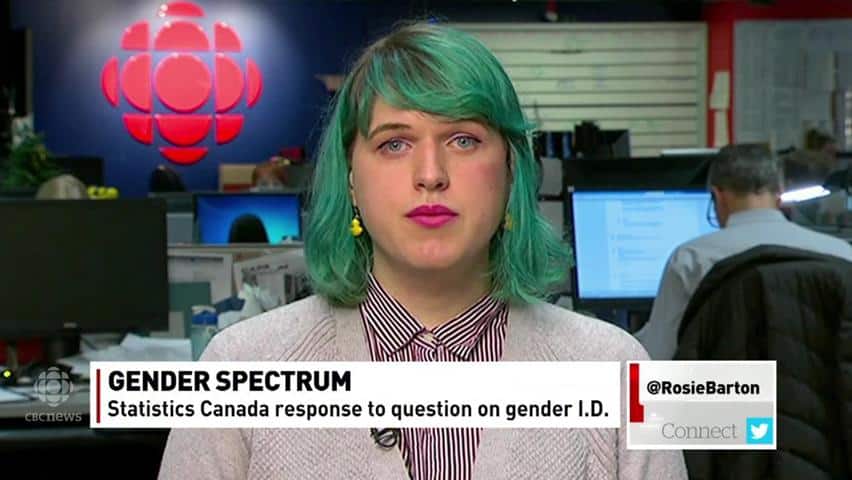 The census assumes that 100 per cent of the respondents can answer that they are either male or female, "and that's not accurate," Nelson said.

"The census is used by a lot of policy makers, sociologists and government officials to make decisions. They really need to know what their population is. That's the point of the census."

Nelson said if the census includes a category for non-binary transgender people it would be an important acknowledgment. It could help with the allocation of resources in the health-care system and teach people to interact respectfully with transgender people, Nelson said.

Bains hasn't responded to Nelson, but Statistics Canada did. Deputy chief statistician Connie Graziadei said the 2016 census questionnaire had already been approved and published, but there is an option for Nelson.

Nelson posted the exchange on Facebook in early January. The Statistics Canada response also says it will hold public consultations on the 2021 questionnaire and that will be an opportunity to "evaluate if there are new ways to collect data on sex for respondents who do not identify themselves with the current response options."

Nelson was happy with Statistics Canada's response, but said the 2021 questionnaire should allow three responses to the gender question: male, female or other.

"The reality is the vast majority of people will fit into either the male or female. And other, while it isn't specific, is still good information."

Nelson said the option would help Statistics Canada determine the most effective and accurate way to track the transgender population in Canada in the future.