Quebec's charter of values would be challenged, Kenney vows

The federal government will review any law Quebec passes that bans public servants from wearing religious symbols while on the job, Multiculturalism Minister Jason Kenney says. 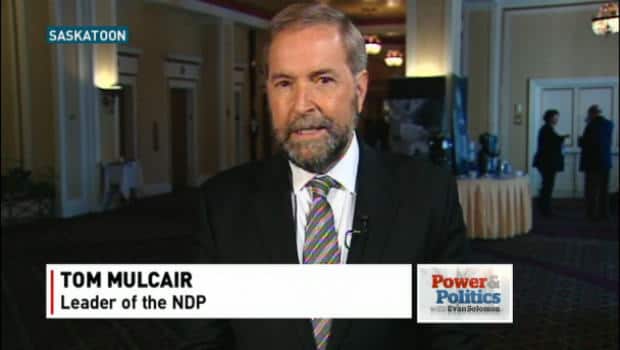 The federal government will review any law Quebec passes that bans public servants from wearing religious symbols while on the job, Multiculturalism Minister Jason Kenney says.

"If it's determined that a prospective law violates the constitutional protections to freedom of religion to which all Canadians are entitled, we will defend those rights vigorously," Kenney told reporters Tuesday in the foyer of the House of Commons.

Kenney was responding to statements from Quebec Democratic Institutions Minister Bernard Drainville who said Tuesday that Quebec intends to introduce legislation in the fall establishing a Quebec charter of values.

In the proposed "values" charter, Quebec public servants would be prohibited from wearing "overt and conspicuous" religious symbols at work, and anyone receiving a government service would be required to uncover his or her face. Wearing large crucifixes, turbans, hijabs, burkas, and kippas would be prohibited. However, an exception would be made for small religious symbols, such as crucifixes or Stars of David on necklaces.

The Parti Québécois is a minority government and would need some opposition support for the charter to become law.

Drainville also said the concept of religious neutrality would be entrenched in the nearly 40-year-old Quebec Charter of Human Rights and Freedoms.

In Saskatoon, NDP Leader Tom Mulcair seemed shaken by Quebec's plans for banning religious symbols. Hesitating and shaking his head, he said, "There's no expiry date on human rights. It's not a popularity contest, this for us is completely unacceptable and the NDP will be standing up foursquare against this project."

In August, reacting to media leaks about the ban, he pointed out such a measure would be unconstitutional, and went no further, saying he would wait to see the details of a proposal.

But speaking Tuesday from the NDP's summer caucus retreat, Mulcair was more blunt. "To be told that a woman working in a daycare centre, because she's wearing a headscarf will lose her job is to us intolerable in our society," he said.

Asked if he's worried because the NDP has so many Quebec MPs, and polls in Quebec indicate many are in favour of the Quebec values charter, Mulcair responded, "I won't change my position. I don't take a position of principle based on what polls are telling me."

The NDP draws more than half of its caucus from Quebec, and some MPs in Saskatoon expressed fears that the Parti Québécois is trying to pick a fight with the federal government, something that tends to increase the party's popularity.

Quebec MP Françoise Boivin called the proposed charter more extreme and worse than she'd thought it would be.

Boivin said there are a lot of exceptions to the proposal, including private schools and ministerial offices.

"How can you differentiate between human beings?" she said.

"Why would I care if someone wears a turban? How does it affect me?"

Asked how to avoid giving the PQ the fight it wants, Boivin pointed to reporters and suggested that toning down media coverage would help.

Trudeau, campaigning in the Montreal riding of Bourassa where a byelection is expected to be called soon, admitted that religious differences "tend to have a little more traction here in Quebec because of our strength of identity and the fact that we've managed to thrive in a mostly English North America." But he added, "Quebecers are better than this, and Madame Marois is going to find that out the hard way."

Trudeau hasn't held back his criticism of the proposed values charter, and in August, at the Liberal caucus meeting in Charlottetown, compared the plan to the segregation policies in the U.S. that sparked the civil rights movement.