Finance Minister Bill Morneau says support is coming for Canadians who have to be quarantined to prevent the spread of the novel coronavirus. The Liberal government will also increase the risk adjustment provision — also known as a contingency fund — in the upcoming budget, he said.

The Liberal government says it's getting ready for economic blowback from the novel coronavirus by crafting a plan to support Canadians who are quarantined because of COVID-19.

Finance Minister Bill Morneau outlined a few economic measures he's drawing up ahead of the upcoming federal budget, while a number of his cabinet colleagues, including Health Minister Patty Hajdu, announced new measures to fight the novel coronavirus and the illness it causes, COVID-19, in Montreal.

"We know that in the face of rising uncertainty, Canadian businesses — just like workers and families — are feeling the impacts. Although things are changing quickly, it's clear that the COVID-19 outbreak is going to impact the real economy and markets," Morneau said during a speech Friday morning at the Canadian Club in Toronto.

"We have the capacity to ... help businesses if they go through challenges, if that happens, or individuals if they find themselves either having to be away from work for a short period of time or a longer period of time," he said.

His speech capped a week that saw the Bank of Canada cut its key interest rate target by half a percentage point to 1.25 per cent in response to the outbreak. The bank also said it was prepared to cut further if necessary.

Concerned about the potential economic fallout of an outbreak, the Liberal government will also increase the risk adjustment provision —  the government's contingency fund — in the upcoming budget "to ensure that we are ready and able to respond," said Morneau.

WATCH: Morneau on COVID-19 and the economy

Morneau on COVID-19 and the economy

12 months ago
2:16
Finance Minister Bill Morneau lays out what he sees as the challenges of COVID-19 and how the government hopes to deal with them. 2:16

Morneau's comments came a day after Bank of Canada Governor Stephen Poloz said the Canadian economy's resilience could be "seriously tested" by a coronavirus outbreak, depending on its severity and duration.

"There is a real risk that business and consumer confidence will erode further, creating a more persistent slowdown, especially given recent declines in stock markets," he said.

The Canadian dollar fell to 74.51 US after Poloz's remarks.

"We are continuing to monitor the impact on businesses and workers. We have the tools to respond quickly," said Morneau Friday.

"It's important to keep in mind that what this will mean for the Canadian economy ultimately depends on the depth and geographical spread of the virus. And these things cannot be known until they are known."

The number of people around the world infected with the novel coronavirus topped 100,000 Friday, with 54 confirmed and presumptive cases in Canada. Health officials in B.C. are investigating after a woman tested positive for the illness who had no history of travel to regions dealing with coronavirus outbreaks and hadn't been in contact with COVID-19 patients. It's Canada's first apparent case of coronavirus spread within the community.

Morneau said Canada already is seeing impacts on commodity prices (including oil and metals) and the tourism industry, (including air transportation, retail, hotels and restaurants) and is feeling the hit to global supply chains, especially in Asia. 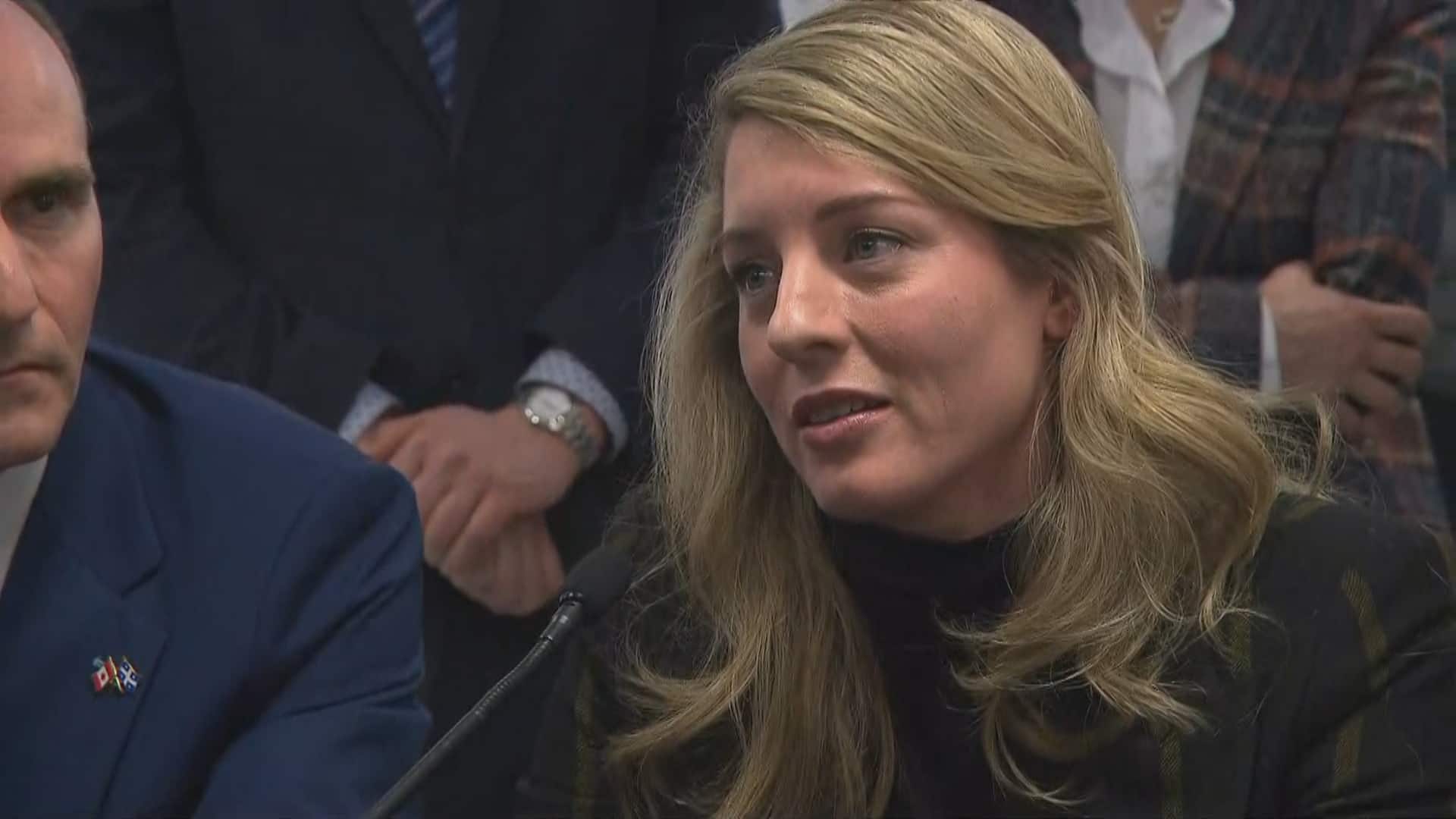 Minister of Tourism Mélanie Joly said Chinese tourism is normally worth $2 billion yearly for Canada, but she expects it to drop by $550 million by June.

"The tourism industry is deeply affected," she said Friday. "The duty-free boutique at the Vancouver airport is down 50 per cent of its revenues."

The spread of the virus has left sport stadiums empty in Asia. This week, public health officials in California recommended that large gatherings such as sporting events be cancelled — although the San Jose Sharks opted to keep the stands open for their Thursday night game.

Hajdu said that in Canada, those decisions will be made on a case-by-case basis by provincial and local governments with guidance from Health Canada.

"If the virus is not circulating in the community, that jurisdiction may decide to go ahead and hold the event. But that also might depend on the number of international travellers that they expect as well, or travellers in this case maybe from the United States," said during a news conference in Montreal. 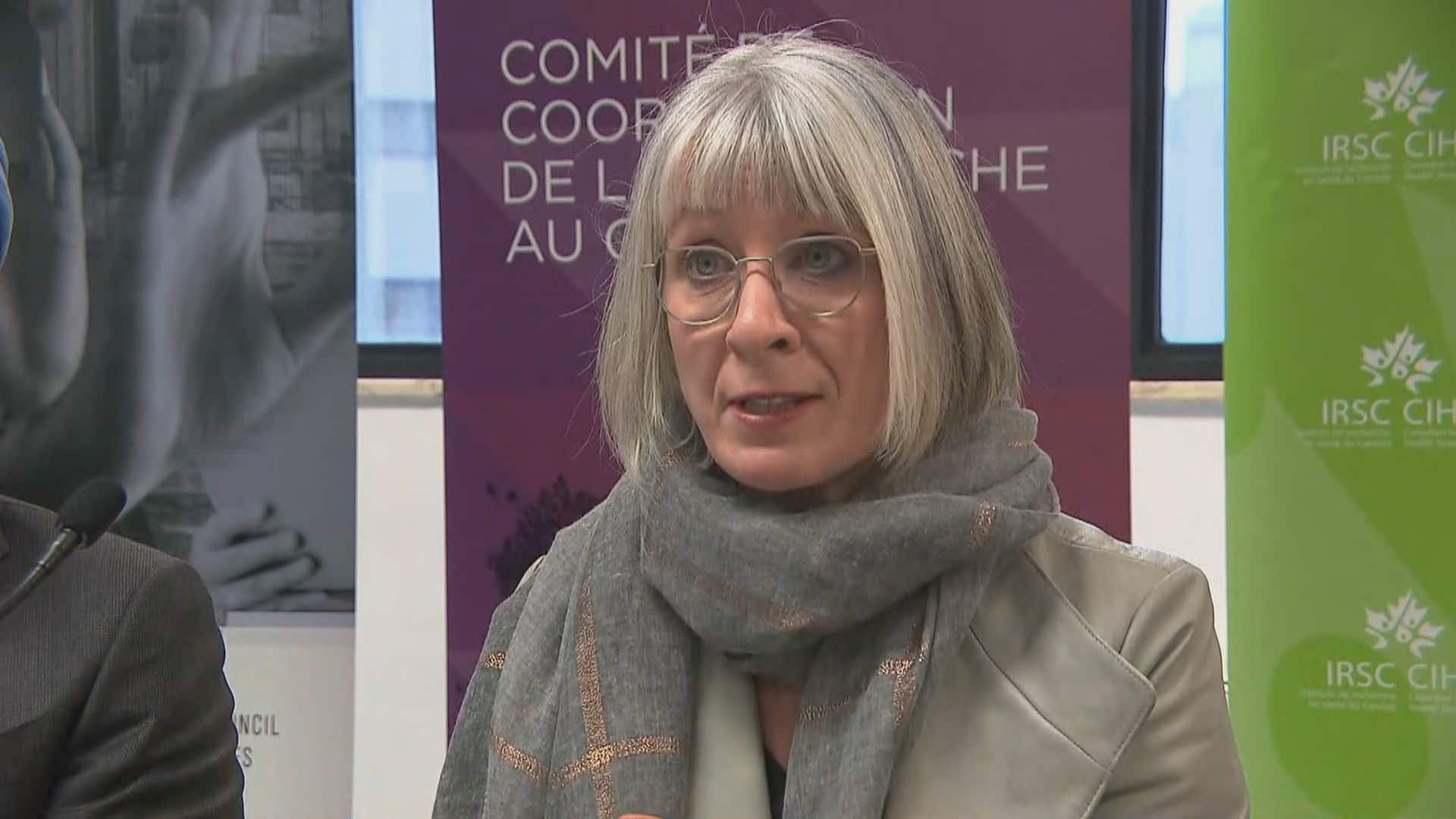 12 months ago
0:57
Health Minister Patty Hajdu explains which levels of government are responsible for cancelling large public gatherings and what goes into making that decision. 0:57

"Make no mistake, they are thinking about those things. We are thinking about those things through the lens of the federal events that we'll be hosting, as well as things like our tourism season that is coming up and how we protect communities from an influx of visitors that may create additional health stresses for communities that are are struggling with health services."

Hajdu was at the Université Laval Friday to announce that the federal government will make $27 million available to 47 Canadian research teams to develop diagnostic tools and vaccines, and to create strategies to tackle misinformation, stigma and fear.

"Canada has done a pretty exemplary job. You know you've had cases in three different provinces, multiple importations and most of these you've been able to contain very, very rapidly. There's not a lot of advice to be given to Canada. It's a lot of, 'Well on,'" he told CBC Radio's The House.

He said one of the most important things for governments to do is keep citizens informed.