Ottawa can make quarantines mandatory — here's why it likely won't

Prime Minister Justin Trudeau says that, for now, the government is asking returning travellers to self-isolate, not demanding that they do so — and experts say such a mandatory quarantine would come with enforcement headaches and complicated Charter of Rights implications.

Prime Minister Justin Trudeau says that, for now, the government is asking returning travellers to self-isolate, not demanding that they do so — and experts say such a mandatory quarantine would come with enforcement headaches and complicated Charter of Rights implications.

All returnees arriving in Canada from any destination are being asked to consider self-isolating for 14 days as a precaution.

That request remains voluntary, although when he was asked about mandatory self-isolation measures over the weekend, Prime Minister Justin Trudeau said the government is "considering everything."

"There is nothing we have taken off the table. We are in close discussions with public health experts to look at what is the best way to keep Canadians safe," he told CTV on Sunday. 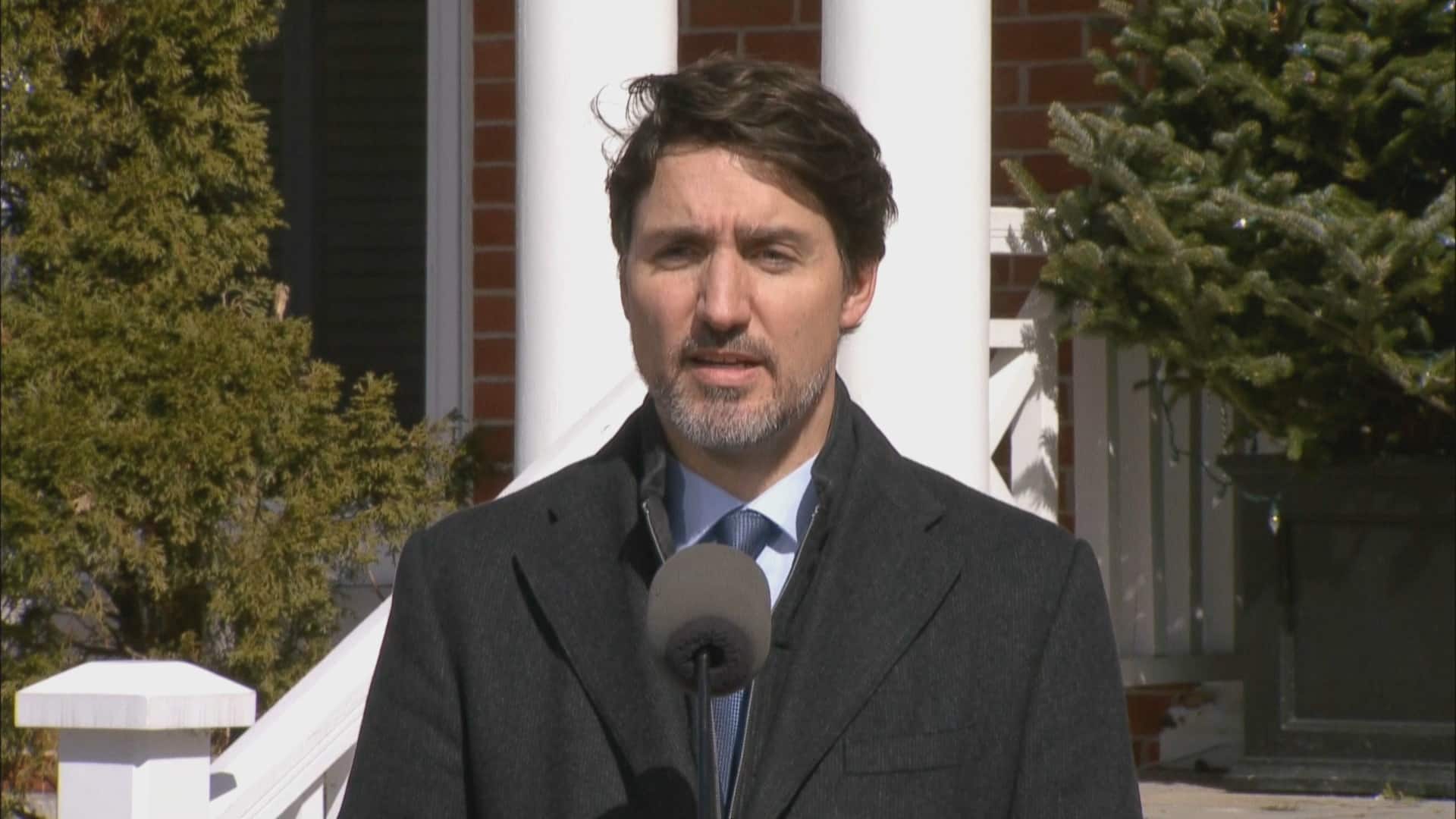 11 months agoVideo
0:37
Prime Minister Justin Trudeau talks about what would be involved if the government imposed mandatory self-isolation to fight the spread of COVID-19. 0:37

"Every step of the way we have, and we will do, the things necessary to keep Canadians safe."

"If we put in measures for mandatory self-isolation, as many people have looked for, there would need to be enforcement measures around that both by public health and by public safety," said Trudeau outside of Rideau Cottage, where he announced that Canada is barring entry to all travellers who are not Canadian citizens, permanent residents or Americans.

"We know that at this point, the expectation that people self-isolate is something that we've asked of Canadians around the country, that we are expecting people to do."

What does the Quarantine Act allow?

The Quarantine Act, which was updated in 2005 after the deadly SARS outbreak, gives the federal health minister an arsenal of tools that extend far beyond merely reminding people to cough into their elbows.

The act gives Health Minister Patty Hajdu the authority to take a number of actions, such as setting up airport screenings, designating quarantine zones — even fining and jailing travellers who disobey quarantine requests.

Leah West, a former federal lawyer who now teaches national security matters at Carleton University, said that under the Quarantine Act, a screening officer or designated quarantine officer who believes that a traveller has refused to isolate themselves, or to follow other reasonable measures, can ask a peace officer to arrest the traveller and bring them into quarantine.

The government also can issue an emergency order under the act to impose conditions on individuals' re-entry to Canada, she said — which is what happened with the evacuees from Wuhan who had to stay on a military base for two weeks.

Can Ottawa limit your mobility?

While those powers are part of the law, most experts point out that Ottawa has been reluctant to use them so far.

"Saying, 'Look, unless you're gonna do this we're going to [put] you all in jail,' that's not really a good idea normally," said Colleen Flood, director of the University of Ottawa' Centre for Health Law, Policy and Ethics.

"That's why although we have these very strong powers under public health, I think over time we started to realize that it doesn't always work to use those kinds of powers. It can backfire. So you're better to try to cajole, inform, communicate, be transparent, try to get people not to be afraid."

Flood said demanding that people stay home also would leave the government open to a Charter of Rights and Freedoms challenge.

"So it certainly is a restriction on somebody's liberty and security of the person, so it would have to be justified by the government imposing that on an individual. Just kind of across the board 'we want everyone to stay in their house locked down right now' — I would suspect wouldn't be justified on the evidence," she said.

"It can't just be for the hell of it, or an overstretch. But if it's informed, it's reasonable and it's proportionate, then even although it is distinctly an infringement of one's liberty, it would likely be justified under Section 1 of the Charter." (Section 1 allows the government to impose "reasonable limits" on a charter right.)

West said the act's more severe measures wouldn't apply to those who come through the system and are asymptomatic.

The prime minister also said no one who is displaying symptoms will be permitted to board a flight to Canada, and that air operators will be required to complete a basic health assessment of every passenger based on guidelines issued by the Public Health Agency of Canada.

"I could see how it may apply if individuals come back who are symptomatic and referred to public health. At that point, if they don't comply, that's when you could start to see some sort of enforcement mechanism come into play," West said

"There's always going to be issues about life, liberty and security of the person especially if you're telling people that they can't do things like earn a living or they may have to do things that impact their liberty. Like telling someone that they can't move about and impact someone Section 7 right."

Michael Bryant, a lawyer and executive director of the Canadian Civil Liberties Association, said the modern iteration of the Quarantine Act hasn't been tested.

"I think for the majority of returnees, it is going to continue to be a voluntary thing and Trudeau was pretty clear about why and it's just the lack of capacity to enforce something that's more mandatory," said West.

"It is impossible to be ... keeping tabs on every single traveller that comes in. This is a social [phenomenon]. This is a societal response and everybody must take that responsibility," she said.

Life under the Emergencies Act

Conservative leadership candidate Erin O'Toole is calling on the federal government to invoke the Emergencies Act.

"It's time to put Canada on a war footing," he said in an email to supporters Monday.

The Emergencies Act gives the federal government sweeping powers to regulate or prohibit travel, requisition and use property, order qualified people to provide essential services, regulate the distribution of goods, resources and services and establish emergency shelters and hospitals.

"I don't see the government moving to that until they need to get to that point where they need to requisition property or need to start getting people to do certain [things], provide certain services that they wouldn't otherwise be providing," she said.

"So if we get to a point where, say for example, you now need nursing or medical students to act as nurses on the front line, you might see why you would need to go to the Emergencies Act to designate people."

The Emergencies Act, which came into effect in 1988, has never been invoked by the federal government.

"The predecessor was the War Measures Act, which was notoriously invoked during the FLQ crisis and is still a political scar on Canada," West said.

"I would suspect the government will do all it can and work closely with both the provinces and the public sector to mitigate the outbreak of the disease before declaring a public welfare emergency. That should not and, I'm quite certain, would not be a decision made lightly."

What's the difference between quarantine and self-isolation?

With files from the CBC's Kathleen Harris