Canadians returning home from abroad who don't have credible plans to self-isolate will now be forced to stay at a quarantine facility, such as a hotel. Prime Minister Justin Trudeau announced the new measures, which come into effect at midnight tonight, during a news conference in Ottawa this morning.

Canadians returning home from abroad who don't have credible plans to self-isolate will now be forced to stay at a quarantine facility, such as a hotel.

In addition, travellers returning from abroad will be required to wear a non-medical mask or face covering before they can proceed to their final destination. They will be provided with a mask if they do not have one.

Prime Minister Justin Trudeau announced the new measures — which come into effect at midnight tonight — during a news conference in Ottawa this morning. (The requirement to wear a mask was mentioned by Dr Howard Njoo, Canada's deputy chief public health officer, at a noon briefing and included in the official order released late Wednesday night.)

"If you've come back to Canada from abroad, as of today we are strengthening measures. Now, if asymptomatic travellers cannot explain a credible quarantine plan, they will be required to quarantine in a hotel," Trudeau told reporters.

Under the Quarantine Act, travellers will need to confirm that they have a suitable place to isolate where they will have access to basic necessities, including food and medicine.

"Examples of things that could be inadequate, for example — if their plan is to go stay in a place where there are many elderly family members at risk of COVID-19, or [if] they don't have a set destination, if they've been outside the country for many years," said Trudeau.

"We now have the authority to require them to self-isolate for two weeks in a quarantine location, like a hotel."

Under the original orders, all returning Canadians were told they had to self-isolate for 14 days and that they were forbidden to stop along the way home.

Even at that time, Health Minister Patty Hajdu said no one would be permitted to quarantine anywhere they could come into contact with vulnerable people. Those who, for example, normally live with an elderly person or someone with a compromised immune system would have to quarantine elsewhere.

Hajdu said the government would provide accommodation and meals for those situations. 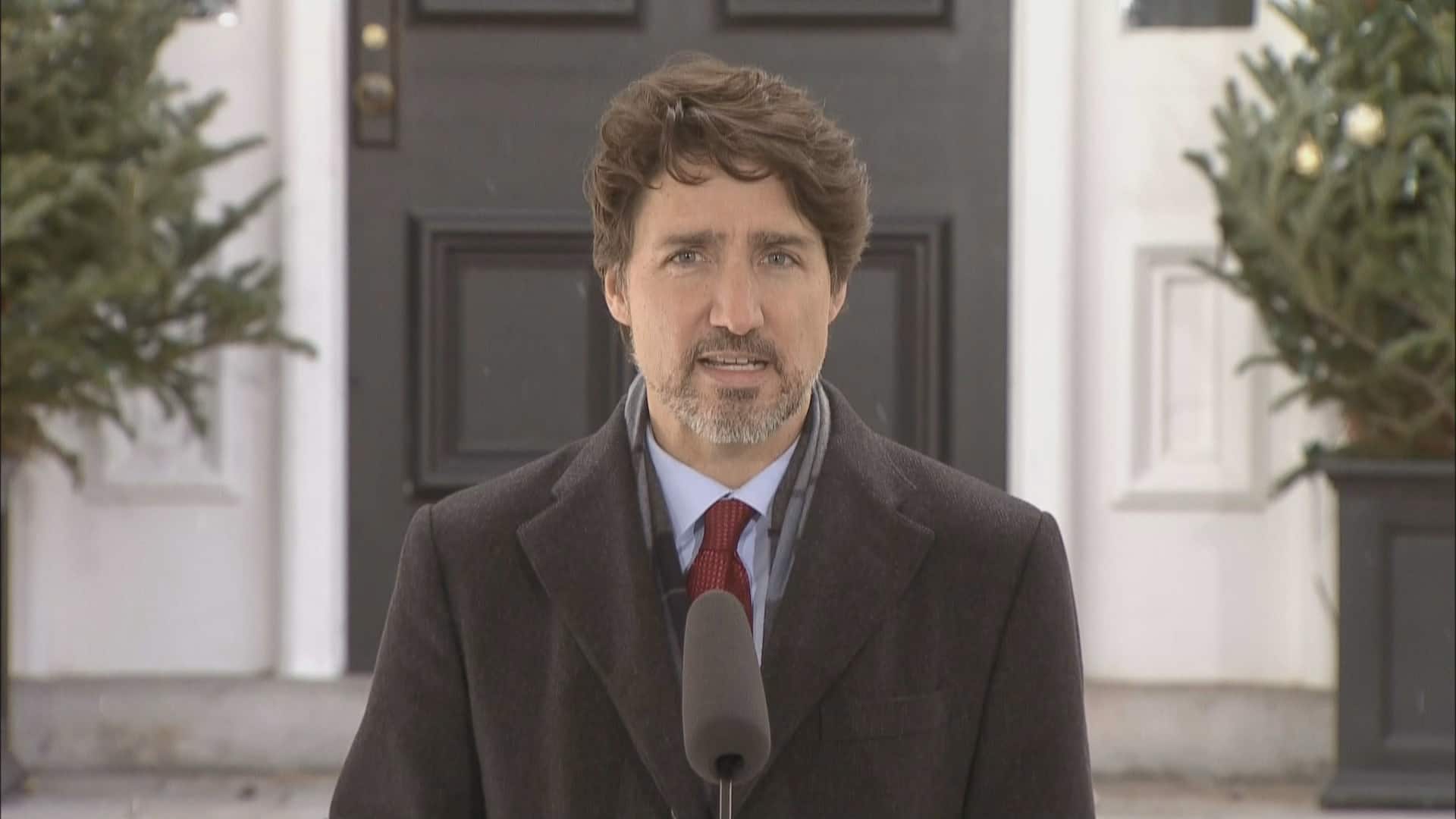 11 months ago
0:48
Prime Minister Justin Trudeau says that, effective midnight Tuesday, anyone who enters Canada from abroad and does not have an isolation plan will be taken to a quarantine site. 0:48

"As we follow up with people and check in on them, sometimes we find that we can't reach them," she said. "We have tools to, of course, work with our peace officers to try and find them.

"We do every day find people who haven't answered our phone calls and have to be chased down."

Maximum penalties for failing to comply with the Quarantine Act include a fine of up to $750,000 and/or imprisonment for six months. If someone jeopardizes another's life while wilfully or recklessly contravening the act, the penalties are even greater: $1 million or three years in prison, or both.