Here's where the provinces stand on carbon prices

Prime Minister Justin Trudeau announced Monday the federal government will set a national "floor price" on carbon that all provinces must levy on emissions, a move that will force the nine provinces and territories that do not already have a pricing mechanism to act.

Prime Minister Justin Trudeau announced Monday the federal government will set a national "floor price" on carbon that all provinces must levy on emissions, a move that will force the nine provinces and territories that do not already have a pricing mechanism to act.

Roughly 85 per cent of Canadians already live in a jurisdiction that has a price on greenhouse gas (GHG) emissions — programs in B.C. and Quebec are already up and running, with Alberta and Ontario soon to follow in January 2017.

Others must now implement either a carbon price or a cap-and-trade system in their jurisdiction, with the express purpose of reducing emissions to help Canada meet reduction targets set out in the Paris climate agreement.

Here is a round-up of existing carbon pricing plans:

Premier Rachel Notley announced her province's climate plan last November, which includes an economy-wide carbon tax of $20 per tonne that kicks in on Jan. 1, 2017. That price will rise to $30 per tonne on Jan. 1, 2018. The plan also includes a hard cap 100 megatonnes on GHG emissions from the province's oilsands.

The tax is expected to fetch roughly $3 billion in new revenues, with that money earmarked for investment in green initiatives such as building retrofits, investments in large scale renewable energy projects and public transportation.

The tax is not revenue-neutral like other jurisdictions, but Alberta has promised to cut small business taxes from three per cent to two per cent to offset costs associated with the new levy.

The B.C. Liberal Party implemented Canada's first carbon levy in 2008, when it introduced a tax on all fuel use and carbon emissions. The launch price was $10 a tonne but it has since risen to $30.

The tax is "revenue neutral," meaning there have been cuts to other personal taxes based on the amount of money collected by the carbon levy.

Premier Christy Clark has said she will raise the carbon tax when other provinces act, something she reiterated last week after the federal government gave the green light to the Pacific NorthWest LNG project.

"We want to see the rest of the country catch-up, when we're all at the same level, let's all move up together at a reasonable and affordable price," she said in an interview with CBC News on Saturday. "We're going to remain a climate change leader in the country."

Ontario is poised to launch its cap-and-trade system in the new year, a program that is far more complicated than a carbon tax because it relies on a market-based system of carbon credits to ensure big polluters lower their emissions.

Businesses generating more than 25,000 tonnes of greenhouse gas emissions per year will be considered a "capped emitter."

These businesses will have to have enough credits (also known as permits or allowances) to cover their emissions if they exceed the cap. 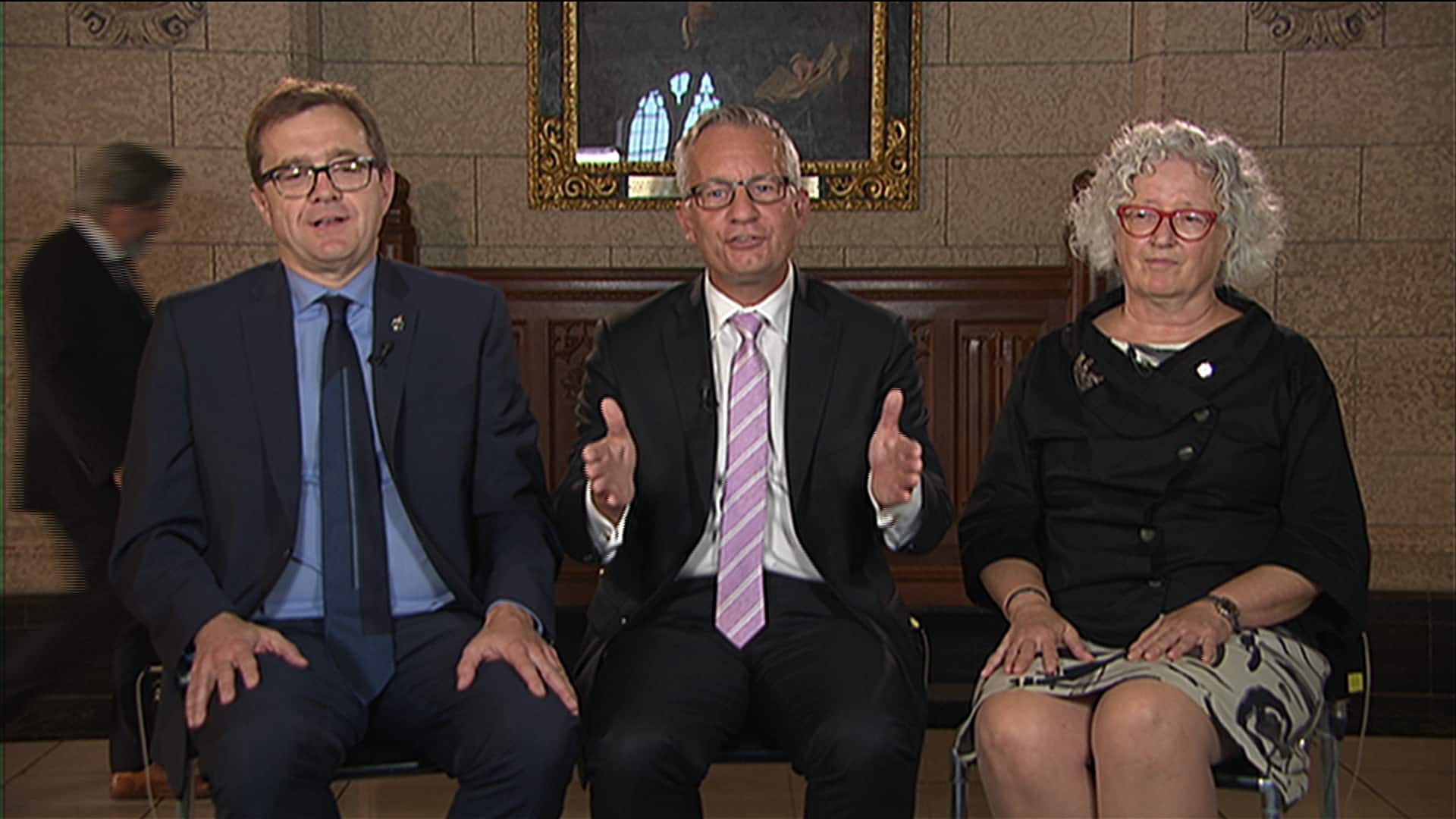 If they do not have enough credits, then they will have to turn to the carbon trading market where they can buy from other companies that have some credits to sell.

These credits are linked to every tonne of greenhouse gas they emit (or do not emit).

Moreover, all natural gas distributors will be required to buy credits to cover the total GHG emissions for natural gas consumed by residential and business customers. The cost of these purchases will then be passed back to customers.

Ontario will also join forces with two other members of the Western Climate Initiative — California and Quebec — to create a larger carbon credit trading system.

The EcoFiscal Commission, a group of Canadian economists who study carbon pricing, estimates Ontario's plan will have an estimated equivalent price of $19.40 per tonne by 2020.

Quebec has a cap-and-trade system very similar to Ontario, and its price will also be roughly $19.40 per tonne by 2020.

The newly-elected Progressive Conservative government in Manitoba has vowed to develop its own "carbon pricing system" after public consultations. It is not yet clear what form that levy will take.

After Trudeau outlined the federal position, Manitoba Premier Brian Pallister said that cap-and-trade was out, but that he's not definitive on a possible carbon tax.

"One-size-fits-all isn't going to work in this country … and I look forward to further discussion with the federal government on this issue," he said Monday.

Newfoundland just recently implemented a dramatic increase to its gas tax, doubling the levy to 33 cents per litre. This hike was not implemented to lower GHGs per se, but rather to recoup money from drivers to help the cash-strapped province pad its coffers. The implementation of a national carbon price will only add to the cost of gas, and other fuel sources in the province.

Nova Scotia's Liberal Premier Stephen McNeil has long argued that people in his province already pay a carbon tax of sorts because it has transitioned quickly away from coal-fired power generation to renewable energy sources such as wind. Coal still accounts for 56 per cent of the province's energy mix, but that is a far cry from as early as 2000 when it accounted for virtually all of the province's power supply.

Electricity prices in Nova Scotia have risen 62 per cent since 2005 as a result of this costly transition. (Its power rates are the highest in the country.)

However, Nova Scotia is also the only province that has met the federal government's target — it has already reduced greenhouse gas emissions by 30 per cent of 2005 levels before the 2030 deadline. 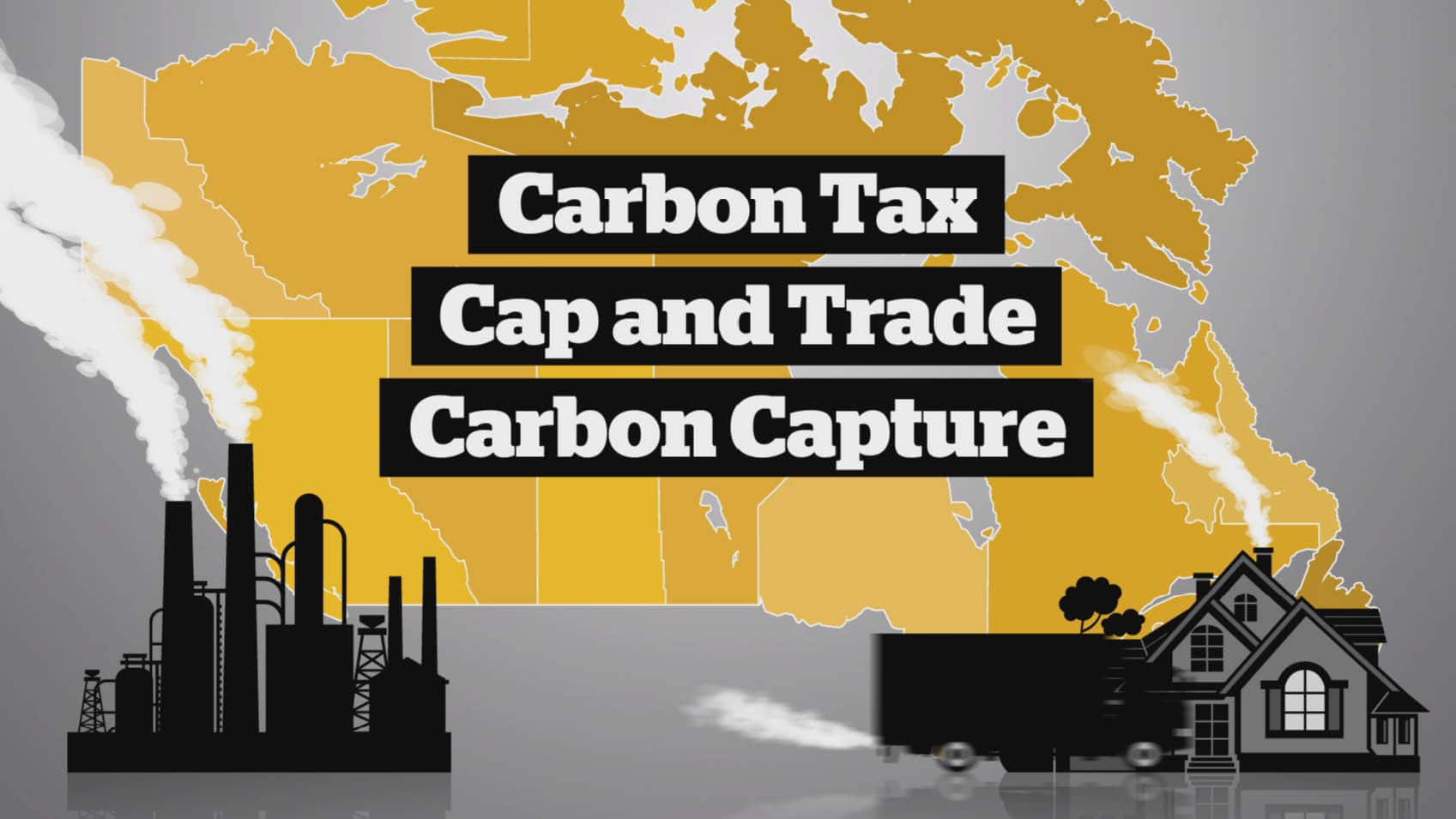 5 years ago
2:09
After signing a global climate change treaty Canada must now work on cutting carbon emissions. Here are 3 main ways Canada is tackling that. 2:09