Conservative MP Joy Smith says it's fitting that Bill C-36, the government's prostitution bill, should come into force as Canada marks the national day of remembrance and action on violence against women.

The federal government's controversial prostitution bill comes into force Saturday as Canada marks the national day of remembrance and action on violence against women.

Parliament declared Dec. 6 a national day of remembrance after 14 students were killed at l’École Polytechnique in Montreal, 25 years ago, simply because they were women.

Bill C-36 — dubbed the Protection of Communities and Exploited Persons Act — discourages and criminalizes those who create a demand for prostitution. The government has maintained all along that once passed into law, the prostitution bill will mean safer conditions for sex workers.

The federal government introduced the bill after the Supreme Court of Canada struck down in a unanimous decision the previous law as unconstitutional, giving the Conservatives one year to rewrite legislation.

Conservative MP Joy Smith, an ardent supporter of the bill, linked the national day of remembrance to the new law during a statement in the House of Commons on Friday. 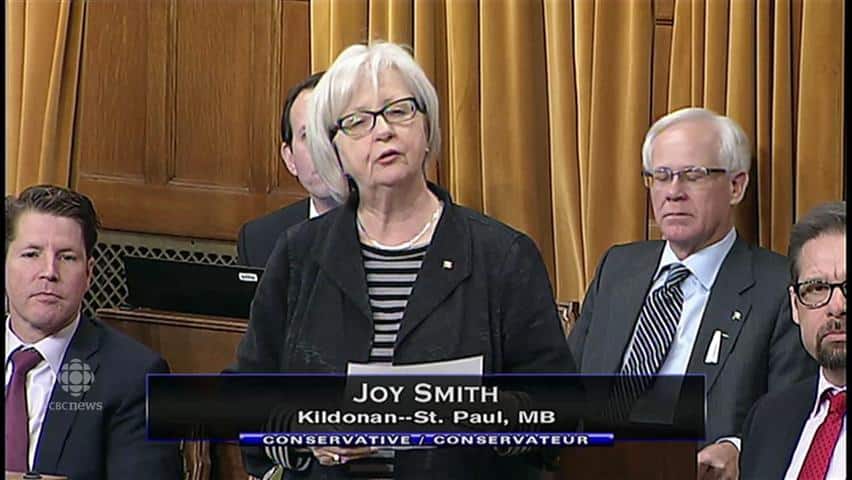 6 years agoVideo
1:05
Conservative MP Joy Smith says "it is fitting" that Bill C-36 should come into force on the national day of remembrance and action on violence against women. 1:05

"[Dec. 6] is Canada's national day of remembrance and action on violence against women that commemorates the 14 young women who were brutally murdered at École Polytechnique in 1989," Smith said during a statement before question period.

"Women and girls continue to face violence and harassment in their homes, schools, workplaces, online and on the streets. Women's equality advocates identify prostitution and human trafficking as two of the most serious forms of violence against women.

"It is fitting, therefore, that … Bill C-36 will come into force. This is a historic moment for Canada," she said.

A group advocating for the rights of sex workers said the law comes into force despite efforts to convince the government of the link between the criminalization of prostitution and violence against sex workers.

“December 6th will be especially sad for sex workers this year,” said Emily Symons, chair of POWER, in a written statement on Friday.

“The deeply flawed and misleadingly named Protection of Communities and Exploited Persons Act not only reintroduces laws deemed unconstitutional in a unanimous decision by the Supreme Court only one year ago — it actually makes them worse.

"These new measures will absolutely put sex workers in Canada at greater risk of violence, and that is totally unacceptable," Symons said.

Twenty-five Toronto city councillors who oppose the federal law presented Ontario Premier Kathleen Wynne with a petition this week urging her to challenge it in court.

The city councillors called on Wynne to refer the law directly to the Ontario Court of Appeal so that it can determine whether the new legislation is constitutional.

"We fear that Bill C-36 has introduced such unsafe conditions into Canadian society, bringing foreseeable detriment and real danger to some of the most vulnerable women we represent."

While Wynne did not publicly respond to the letter, a spokeswoman for the premier told CBC News it's a federal matter.

"We encourage  the councillors to work with their federal counterparts as this is a federal matter," said Zita Astravas, the press secretary and director of media relations for Wynne.

In the past, Wynne has said that  "this is a federal discussion and I think we need to let it play out, but I will always be concerned to make sure that people who are vulnerable are kept safe.‎"

Wynne has been unable to secure a meeting with Prime Minister Stephen Harper since the two met in Ottawa one year ago this week.