In response to criticism that a blanket ban on all "public communication" where someone under the age of 18 could reasonably be present, the government has refined its proposed rewrite of Canada's prostitution laws to narrow those restrictions to areas near schools, playgrounds or daycare centres. 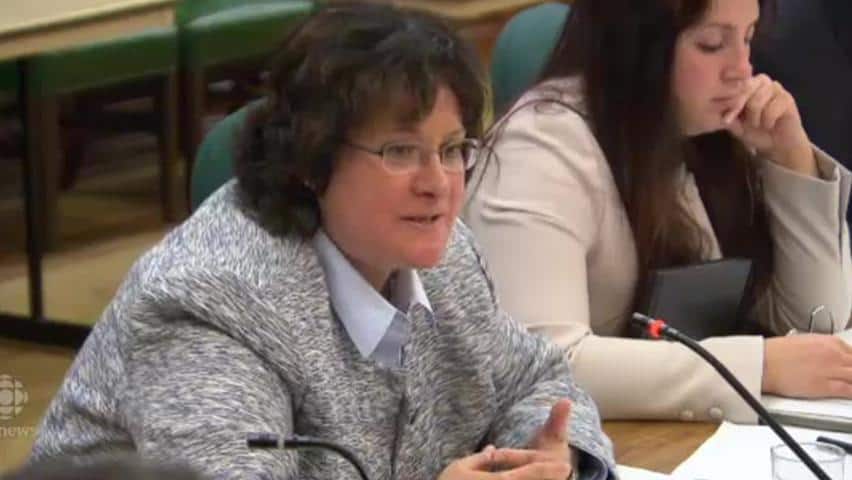 The federal government has refined its bill to change Canada's prostitution laws, though it may not be enough to silence most critics.

In response to widespread criticism of a provision that would impose a blanket ban on all "public communication" by sex workers, Conservative MPs have voted to narrow those restrictions to areas near schools, playgrounds or daycare centres.

"Every clarification makes it more supportable under the charter," Conservative MP Bob Dechert told reporters after the meeting.

"It will reduce the likelihood that it will be challenged, and it will make what the bill means much clearer."

The ban on public communication originally applied to all areas where those under the age of 18 could "reasonably" be present.

The government has also accepted an NDP proposal for a mandatory committee review of the legislation's impact after five years, although the NDP had pushed for a review after two years.

"Why can't you just say yes, completely, once?"

The changes were made during the committee's clause-by-clause review of Bill C-36, the second and final phase of its study on the government's bid to rewrite Canada's prostitution laws.

Nearly all of the witnesses — including many of those who were, by and large, supportive of the bill — had urged the government to strip the bill of any provisions that could result in criminal charges against sex workers, particularly the now amended section on public communication, which some witnesses said would pose a risk to the safety of sex workers.

The government's amendment didn't go as far as most witnesses had recommended and may not be sufficient to allay fears.

The NDP put forward 11 amendments, all but one of which were either defeated, or deemed inadmissible by the chair.

The committee also rejected several amendments proposed by Independent MP Maria Mourani, who wanted the preamble to the bill to declare prostitution itself "unlawful."

A list of all proposed amendments was released Tuesday morning.

No amendments from Liberals, Greens

A spokesman for Liberal MP Sean Casey said his party didn't propose any changes, as the Liberals voted against the bill at second reading. He did, however, support several amendments, including the change to the section on public communication.

Green Party Leader Elizabeth May told CBC News the bill was "so bad" there was no way to amend it, although her party intends to put forward motions to delete provisions at report stage.

Ultimately, though, it was up to the government — and, specifically, Justice Minister Peter MacKay — to decide what changes should be made to the bill based on what the committee heard during last week's marathon session.

The bill will be back before the House for a final vote in the fall.