What is a prorogation of Parliament?

Parliament is prorogued until Sept. 23. Here's what prorogation means, how it's been used in the past and what comes next.

How to make sense of a prorogued Parliament, amid a global pandemic and ethics controversy

The Trudeau government announced Tuesday that it had asked — and received — the Governor General's permission to prorogue Parliament until Sept. 23. Sometimes referred to as a parliamentary reset button, the prorogation will start a new session of Parliament with a new agenda.

Prime Minister Justin Trudeau said the move is a way to address a long-term plan to recover from COVID-19.

But it would also stop committees probing the controversy around the WE Charity student volunteer grant. Outgoing Conservative Leader Andrew Scheer called Trudeau "spineless" and accused him of "hiding out" amid a political controversy.

Here's what prorogation means, how it's been used in the past and what comes next.

A prorogation of Parliament suspends all parliamentary activity, including all legislation and committee work. This clears the way for a new session of Parliament and a relaunch of an agenda that can only begin with a new speech from the throne.

Trudeau said the new session will begin on Sept. 23, followed by a vote on whether the House has confidence in the government.

What happens when Parliament is prorogued?

Once prorogation is announced, all MPs are released from their parliamentary duties until Parliament is next summoned. The date of the new session is then set, and all parliamentary business restarts following the speech from the throne.

Any existing bills and ongoing committee work — including studies and investigations — are halted, and can be introduced as entirely new.

MPs can reinstate bills and revive committee work to their previous stages before prorogation if certain conditions are met, such as unanimous consent by the House of Commons. 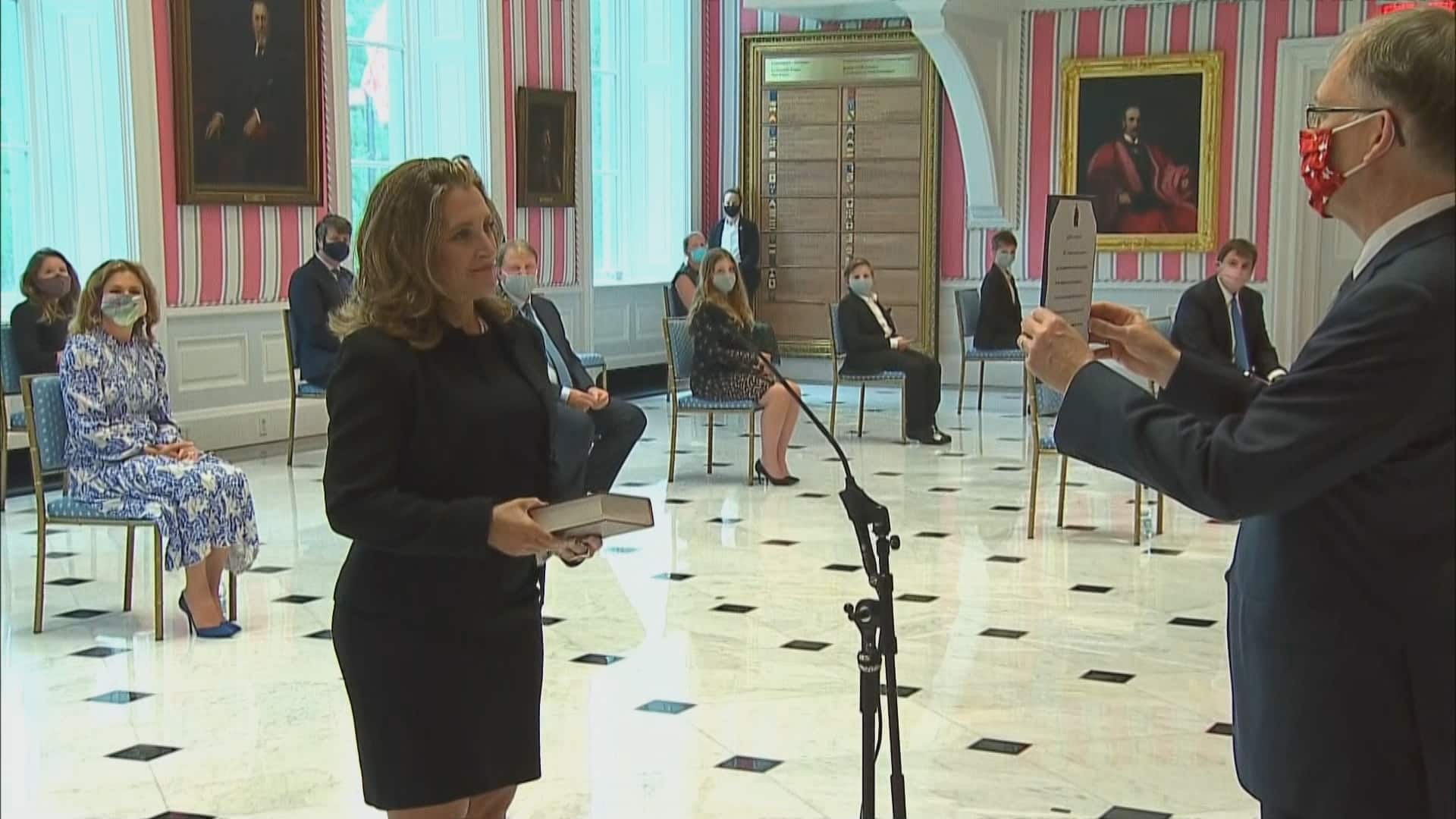 What is the speech from the throne?

Every new session of Parliament is opened with a reading of the speech from the throne, which introduces the government's directions and goals. Until the speech is read — traditionally by the Governor General — the House of Commons and the Senate cannot conduct any public business.

In this case, Gov. Gen. Julie Payette will deliver a speech on Sept. 23, the same week the House of Commons was previously scheduled to return after a summer recess.

Watch: Trudeau on why his prorogation is nothing like Harper's: 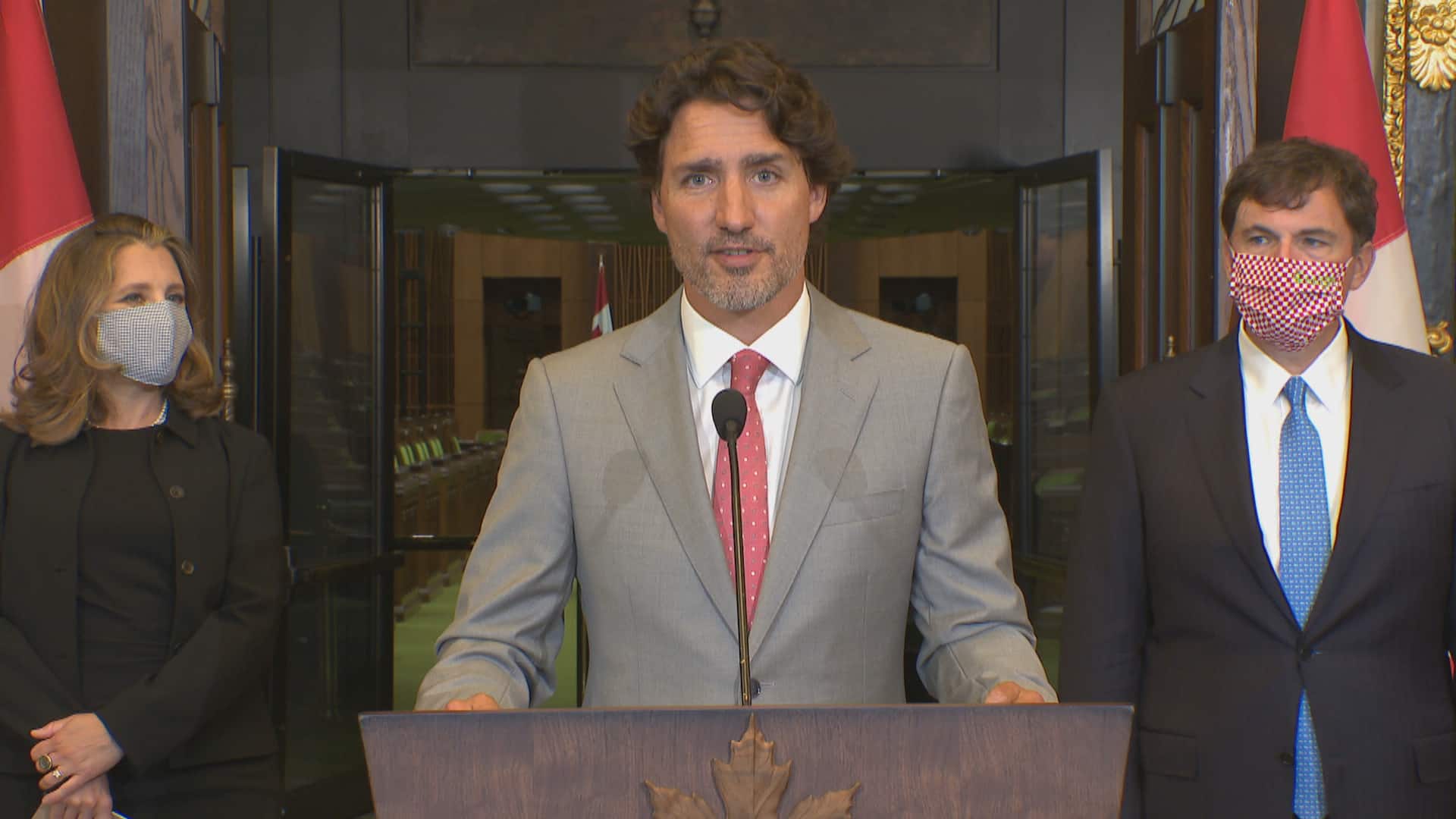 Trudeau on why his prorogation is nothing like Harper's

"We are taking a moment to recognize that the throne speech we delivered eight months ago made no mention of COVID-19, had no conception of the reality we find ourselves in right now," Trudeau said in a news conference in Ottawa Tuesday.

Members of the House of Commons, senators and justices of the Supreme Court of Canada are all invited to attend the reading.

What changes have already been announced?

Trudeau made adjustments to his cabinet on Tuesday after Bill Morneau stepped down late Monday.

Dominic LeBlanc will take over intergovernmental affairs, a role he previously held but had stepped back from in the spring of 2019 after he was diagnosed with cancer.

How does this impact the WE Charity scandal?

The prorogation would shut down any current committee inquiries, including all inquiries into the WE Charity student volunteer grant controversy.

After the throne speech, committees could be reconstituted and resume their work.

Opposition MPs on the finance committee studying the WE Charity matter have written a letter demanding access to thousands of pages of government documents before Parliament is "shuttered."

Trudeau said the documents have been turned over by the government, and committee members can use time in the coming weeks to review them.

What is the difference between prorogation and dissolution?

A prorogation serves to stop business and act as a government refresh, until the speech from the throne allows Parliament to resume, detailing the intentions of the current government.

A dissolution of government terminates the Parliament entirely and is followed by a general election.

Many past governments have used prorogation to start a new session of Parliament and launch a fresh agenda, including some recent instances when prorogation has been controversial.

In 2008, the Conservatives under Stephen Harper used it to avoid a vote of confidence.

In 2010, Parliament was prorogued for two months, killing a committee inquiry into the treatment of Afghan detainees.

The Chrétien government was also accused of using prorogation to avoid tabling a report on the sponsorship scandal in 2002-03.

Beyond this, prorogation has typically happened once every couple of years when the government decides it wants to start a new session of Parliament and present a new throne speech to lay out a fresh agenda.

Richa Syal is a journalist based in the U.A.E. She previously worked for CBC News Labs as a web developer and CBC Radio as a multimedia producer. Prior to this, she was based in Malaysia, reporting on environmental and climate change issues.