The Privy Council Office has finalized the hiring of a private firm to conduct a workplace review of Rideau Hall more than a month after CBC News reported claims of a toxic environment and harassment in the office of Gov. Gen. Julie Payette.

The Privy Council Office has finalized the hiring of a private firm to conduct a workplace review of Rideau Hall more than a month after CBC News reported claims of a toxic environment and harassment in the office of Gov. Gen. Julie Payette.

Quintet Consulting Corporation, an Ottawa firm specializing in workplace conflict management, has been hired to "act independently" in confidentially contacting and interviewing current and former Rideau Hall employees about their concerns, according to a statement by the Privy Council Office.

Roughly 150 people work at the Governor General's office and participation in the review is voluntary. Quintet said the report will be "confidential."

"We will carry out the review in a confidential matter, respecting the principles of procedural fairness," said Quintet president Raphael Szajnfarber in a statement.

Quintet is the firm the Senate retained to investigate former senator Don Meredith, who resigned from the Red Chamber in 2017 over harassment and sexual harassment allegations.

President of the Queen's Privy Council and Minister of Intergovernmental Affairs Dominic LeBlanc, himself the son of a former governor general, will oversee the review and receive the firm's final report, which is expected to be completed later this fall.

Firm to speak with Governor General

The government's terms for the probe include speaking with Payette and Di Lorenzo, along with other Rideau Hall management, to explain the process.

"Management will have an opportunity to provide any relevant background and context," says a statement from the PCO.

Quintet has been tasked also with speaking to employees at other departments that interact with the Governor General's office or work on the grounds at Rideau Hall.

CBC News has reported that Payette has personally confronted National Capital Commission (NCC) staff over construction noise. The office installed access doors and a gate at Rideau Hall to keep maintenance workers and others away from Payette. She's also under fire for spending more than $250,000 on renovation projects meant to protect her privacy — even though she still hasn't moved into her official residence after three years in office.

Meanwhile, multiple sources have told CBC News that Payette's secrecy and resistance to working with the RCMP routinely sends her protective detail scrambling to fulfil last-minute requests and drives up spending on overtime, hotel and plane tickets.

Quintet Consulting is also expected to meet with Rideau Hall's human resources as part of its review and examine the workplace harassment laws and policies in place meant to protect employees.

NDP MP Charlie Angus, the party's ethics critic, said Tuesday that the harassment allegations are "really disturbing" and he expects the government to make public some of the review's findings — even if personal details supplied by complainants need to be kept secret for privacy reasons.

"I want to know that Minister LeBlanc is going to represent the interests of the Canadian people first and foremost and not try to slip it under the carpet," Angus said. 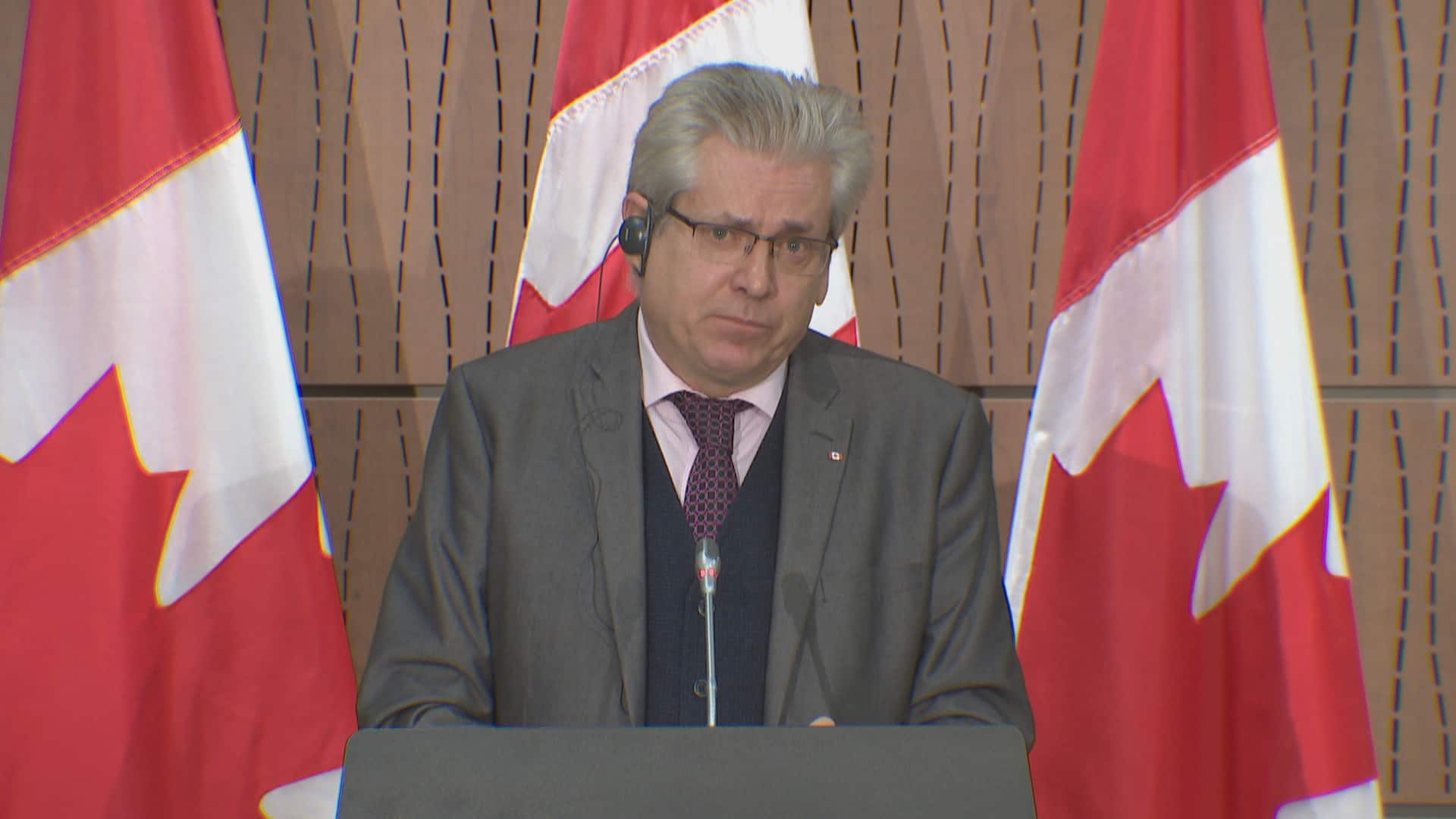 Angus says Rideau Hall harassment investigation should be made public

2 months ago
0:58
NDP MP Charlie Angus is calling on Privy Council President Dominic LeBlanc to commit to releasing the main recommendations from the investigation. 0:58

Angus said Payette represents the Canadian people "and she has to meet the highest standards."

Payette has said she takes "workplace harassment issues very seriously" and tweeted she "requested ... an independent review." But the PCO said it initiated the review.

I take workplace harassment issues very seriously. I am committed to ensuring that every employee who works at Rideau Hall enjoys a secure and healthy work environment at all times and under all circumstances. I have requested the conduct of an independent review.

"PCO, with the support of the OSGG, has initiated a thorough, independent and impartial workplace review to examine the concerns raised by past and current employees," Privy Council spokesperson Pierre-Alain Bujold wrote in a statement.

Payette's press secretary said her office had nothing further to add today and referred CBC News to the Governor General's statement from July 23:

"I am deeply concerned with the media reports regarding the Office of the Governor General and I am completely committed to ensuring that every employee who works at Rideau Hall enjoys a secure and healthy work environment at all times and under all circumstances," Payette said at the time.

One of Trudeau's signature appointments

Payette was one of Justin Trudeau's signature appointments during his first mandate as prime minister. Trudeau rejected Stephen Harper's process of using an advisory board to suggest suitable candidates for the post and instead went with his personal choice.

The prime minister has done nothing to defend Payette since this recent wave of controversy started last month. Still, Trudeau asked Payette last month to hit the reset button on his Liberal government — now mired in an ethics controversy — by proroguing Parliament until September.

Payette is expected to deliver the Liberal government's speech from the throne on Sept. 23 to open a new session of Parliament.

Before the recent cabinet shuffle, Conservative finance critic Pierre Poilievre avoided commenting specifically on how Trudeau should handle the claims against Payette. Instead, Poilievre broadly criticized Trudeau's judgment when asked to weigh in the prime minister's decision to appoint Payette.

"The prime minister's got terrible judgment," Poilievre said on Aug. 18. "We have a government of elites and self-serving snobs ... I'm not sure if that's true of the Governor General. But it's certainly true of the people around the prime minister.

"And they believe that they have a God-given entitlement to rule over the country and use the treasury as their personal piggy bank. That is the attitude of entitlement that we have come to expect from Trudeau and everyone he's put in positions of power." 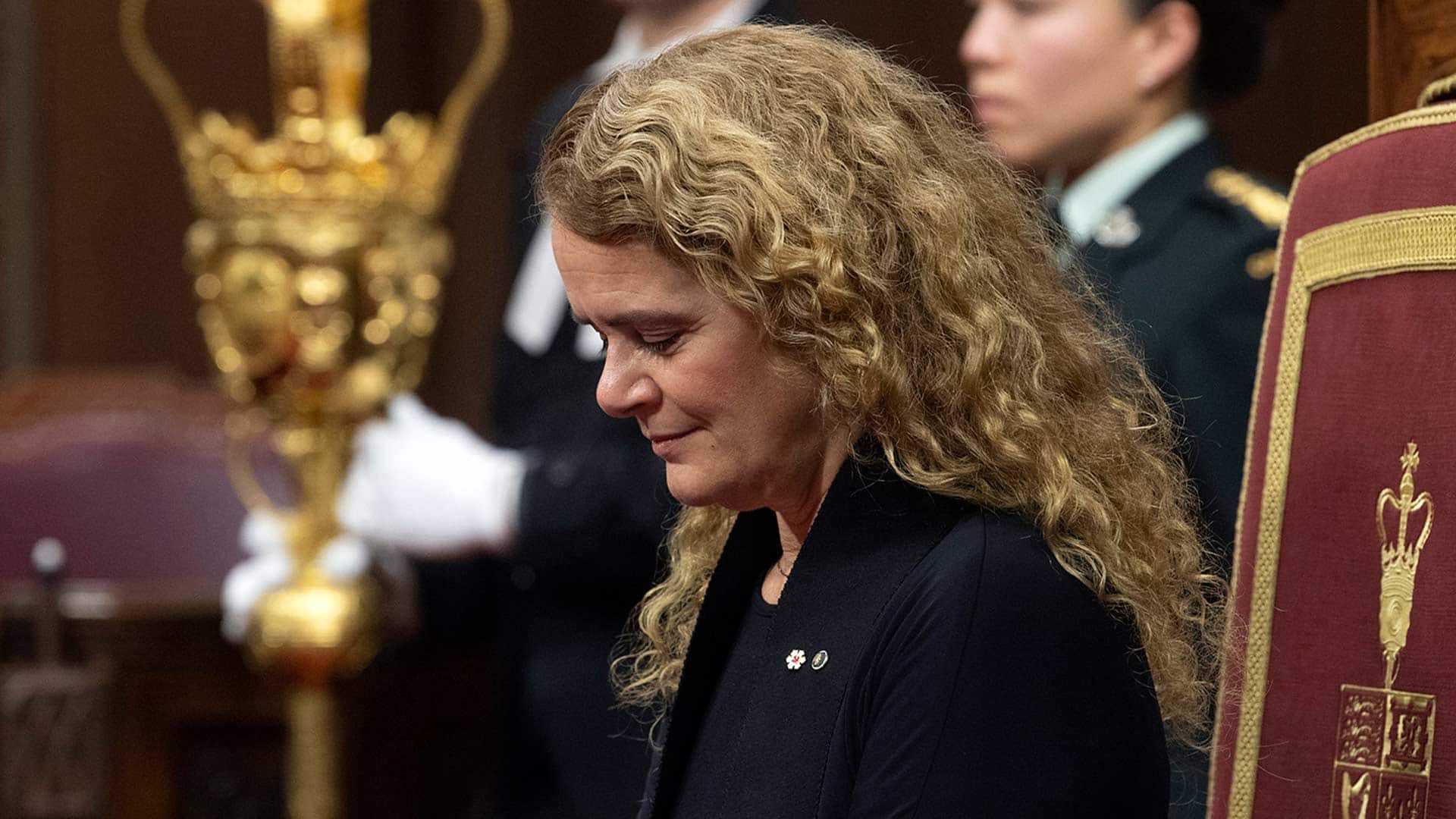 2 months ago
1:57
The Privy Council Office has hired a third-party firm to investigate claims of workplace harassment and bullying in Gov. Gen Julie Payette’s office at Rideau Hall following a CBC News investigation. 1:57