What past U.S. presidents have said to Parliament | CBC News Loaded
Politics

What past U.S. presidents have said to Parliament

For the ninth time, Parliament will hear from the President of the United States on Wednesday when Barack Obama addresses a joint session. Each previous speech has included a salute to the relationship between Canada and the United States, but with unique reflections on the moment in history.

6 years ago
Duration 2:14
Barack Obama will become just the 7th U.S. president to address a joint session of Parliament.

For the ninth time in its history, Parliament will hear from the President of the United States on Wednesday, when Barack Obama addresses a joint session of the House of Commons and Senate.

Beginning with Harry Truman in 1947, six presidents have addressed Parliament: Ronald Reagan and Dwight Eisenhower did so twice.

Each speech has, of course, included a salute to the relationship between Canada and the United States, but with unique reflections on the issues of the day and the state of the world.

"I come here today to reaffirm the ties that bind the United States and Canada in a new age of great promise and challenge: a time of rapid change when both opportunity and uncertainty live side by side in my country and in yours; a time when people are being lifted up by new possibilities and held down by old demons all across the world."

"Freedom works. The democratic freedoms that secure the God-given rights of man, and the economic freedoms that open the door to prosperity — they are the hope and, we trust, the destiny of mankind. If free trade is the lifeblood, free enterprise is the heart of prosperity."

35 years ago
Duration 10:06
President identifies similarities between U.S. and Canada — including hockey.

35 years ago
Duration 20:00
Free Trade will be "mutually beneficial."

"I say to you, our Canadian friends — and to all nations who will stand with us for the cause of freedom — our mission is more than simply making do in an untidy world. Our missions is what it has always been — to lift the world's dreams beyond the short limits of our sights and to the far edges of our best hopes. This will not be an era of losing liberty; it shall be one of gaining it."

"We, in Canada and the United States, have always been proud to live in what is called the New World. Today there is a new world coming for everyone who lives on the globe. It is our responsibility to make this new world a better world than the world we have known."

Nixon is happy to be in Canada

"Moreover, we both recognize a design of aggressive communist imperialism which threatens every free nation. Both of us face a military threat and political attacks. Our system of free enterprise is challenged throughout the world by a state-directed, state-controlled economic system ... We must never allow ourselves to become so preoccupied with the differences between our two nations that we lose sight of the transcendent importance of free world co-operation in the winning of the global struggle."

"Beyond the shadow of the atomic cloud, the horizon is bright with promise. No shadow can halt our advance together. For we, Canada and the United States, shall use carefully and wisely the God-given graces of faith and reason as we march together toward the horizon of a world where each man, each family, each nation, lives at peace in a climate of freedom." 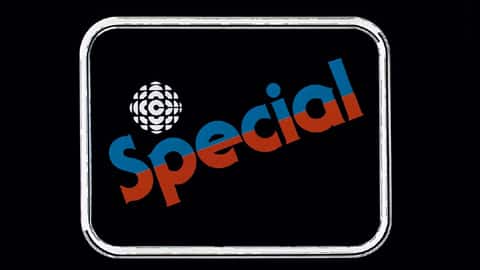 "At this critical point in history, we of the United States are deeply conscious of our responsibilities to the world. We know that in this trying period, between a war that is over and a peace that is not yet secure, the destitute and the oppressed of the earth look chiefly to us for sustenance and support until they can again face life with self-confidence and self-reliance."

Digital Archives22:28Truman counts on Canada
The president travels north looking for a partner in a lofty cause — rehabilitation of the postwar world.