Turkey's purchase of a Russian missile defence system represents a serious and difficult problem for NATO, says NATO Secretary General Jens Stoltenberg, but he remains optimistic a solution can be found.

"This is a serious and difficult issue for all of us. It is up to Turkey to decide because NATO doesn't have a policy where we can decide exactly what kind of equipment different allies are buying. But at the same time, we are concerned about the consequences," Jens Stoltenberg said in an interview Tuesday with CBC News Network's Power & Politics.

Turkey is a member of the North Atlantic Treaty Organization, a military alliance of 29 countries, including Canada and the U.S., that aims, in part, to prevent Russian encroachment in Europe.

Interoperability with NATO allies lies at the heart of the problem, said Stoltenberg.

"The systems have to be able to work together, to share a radar picture, to operate together. And of course a Russian system S-400 can never be integrated into the integrated NATO air and missile defence system," Stoltenberg told host Vassy Kapelos.

The U.S. reportedly warned Turkey at the end of June that the country would be prohibited from buying high-tech, American-made F-35 stealth fighter jets if it proceeded with the purchase of the Russian missile system.

U.S. President Donald Trump described the situation Tuesday as unfair, appearing to blame decisions made by the former administration for the current situation. 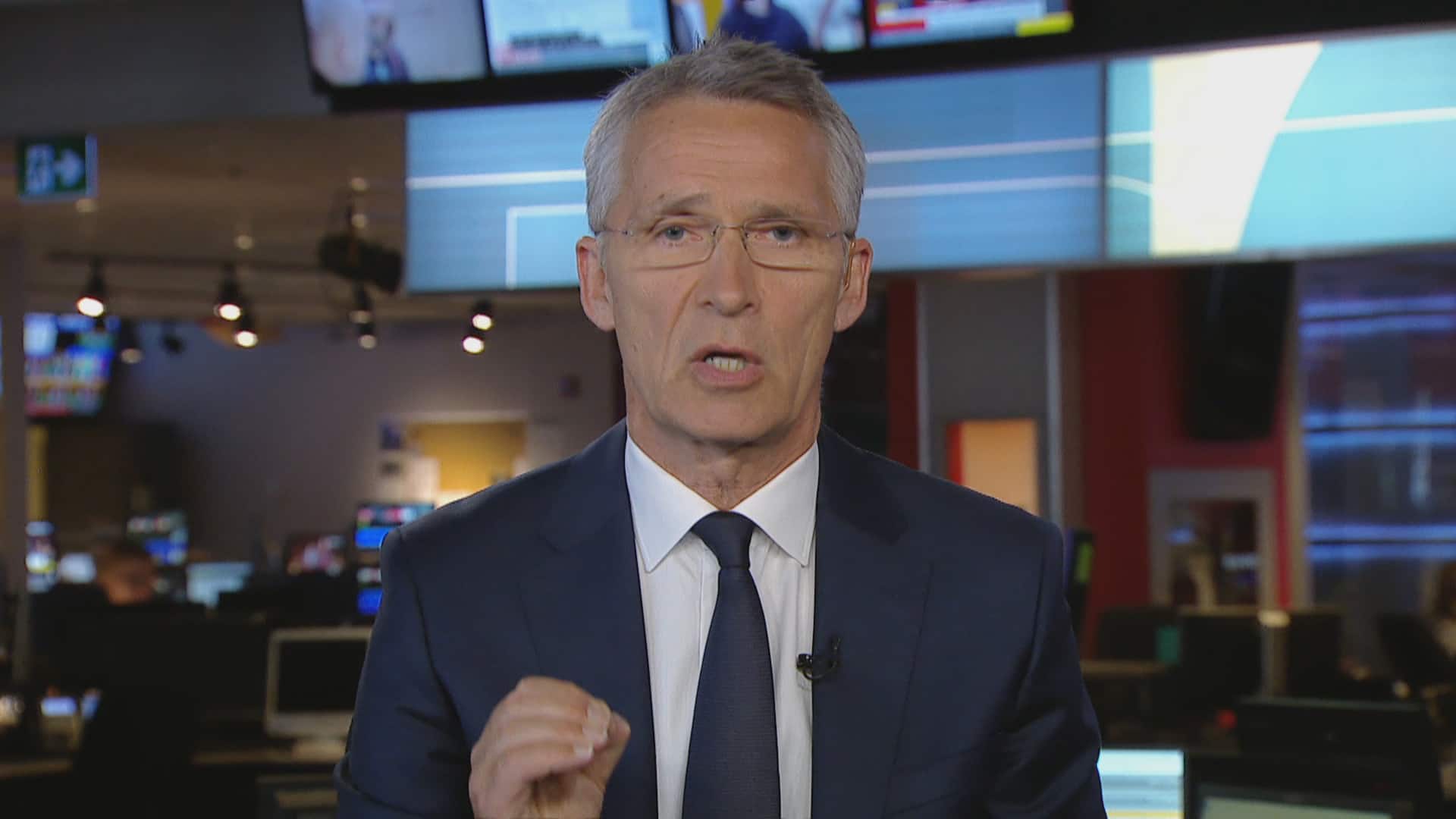 "We are now telling Turkey that because you have really been forced to buy another missile system, we're not going to sell you the F-35 fighter jets. It's a very tough situation that they're in."

Stoltenberg said that NATO and the U.S. are working to find a solution that could include the U.S., France and Italy providing Turkey with alternative missile defence systems.

The office of Defence Minister Harjit Sajjan weighed in Tuesday on Turkey's purchase of the Russian missile system.

"We're concerned by the potential consequences of the S-400 purchase. All nations decide what to procure but interoperability is key for NATO. We welcome ongoing talks between Washington and Ankara and Turkey's work with allies on developing new air and missile defence systems," said Sajjan's press secretary Todd Lane.

Time is running out, however. Turkish President Recep Tayyip Erdogan said Monday that Turkey will have the Russian missile defence system fully deployed in less than a year.

Erdogan's decision to proceed with the controversial purchase "imperils the integrity" of the NATO alliance, according to Shuvaloy Majumdar, former director of policy to former foreign affairs minister John Baird.

"The S400 system is a direct affront to NATO and against the interests of the Turkish people," said Majumdar. "NATO cannot afford to risk the technological advances of the F-35 to fall into the hands of a government that has secured a missile system to defeat it."

Turkey has had a fraught relationship with the U.S. for years. American support for Kurdish militias in Syria alarmed Ankara and led to seemingly closer ties with Moscow.

With files from the Associated Press.