NDP Leader Jagmeet Singh would not say today whether he supports liquefied natural gas development in B.C. during an interview with CBC News Network's Power & Politics.

NDP Leader Jagmeet Singh would not say today whether he supports liquefied natural gas development in B.C. during an interview with CBC News Network's Power & Politics.

Host Vassy Kapelos asked Singh several times whether he supported the $40 billion LNG project in northern B.C., after he repeatedly told reporters on Monday that the future of energy in Canada does not include fracking or fossil fuels.

LNG Canada will export natural gas obtained by fracking, a process which injects liquid under high pressure into rock formations to force it open and extract oil or gas.

Singh previously supported the project, telling media in February that "the vast majority of Indigenous elected bands and chiefs have all shown support and the consultation process was done in a very meaningful way."

While campaigning in Burnaby, B.C. that month, Singh maintained his support for the project, citing the "exhaustive and pretty thorough consultation around Indigenous communities, First Nations communities and elected bands and chiefs."

Singh repeatedly praised British Columbia's climate change plan in the interview and attacked the federal government's purchase of the Trans Mountain pipeline — but he would not say definitively whether he supports LNG development.

JS:  Well, British Columbia's got one of the most ambitious climate change plans in North America. They've got an aggressive plan. My concern is that, what we need to do is, we all know this, the future of energy in not just Canada, but in the world, has to be a future where we're not burning, we're not fracking and we're not using fossil fuels. The energy has to be renewable. That's the future of Canada. And my focus is on, right now, we've got a project in front of us at the federal level which is Trans Mountain pipeline. That project cannot go ahead. We will not meet our targets if that project goes ahead. There's massive threat to the coast. Massive concerns around tanker traffic of diluted bitumen and if it spills that we can't clean it. And there's been serious concerns about Indigenous consultation. That's why I'm opposed to Trans Mountain.

VK: That's a great answer for Trans Mountain, but I asked you about B.C. and LNG. Do you support the project? And I'm asking you because you were asked repeatedly yesterday that question, you didn't answer it directly. I know you're talking about fracking. Fracking is part of that project. Do you support the development of that project that you know clearly the B.C. NDP do?

VK: There is federal jurisdiction over the Coastal Link pipeline?

JS: Right now the project that's in the pipeline, no pun intended, the project that's moving that, right now, the government (is) signalling that they're going to try to move ahead with, is a project that I'm focused on. We've got to stop this Trans Mountain project because this pipeline is massively concerning to the coastline. The Indigenous communities are fighting it in court and they've won in court.

VK: With respect, environmentalists say the same thing about the B.C. LNG project — that it's going to increase carbon emissions. There are Indigenous groups fighting that pipeline as well. In fact, the last time we had you on the show, you were talking about the Coastal Link pipeline and their opposition there. So the same concerns are being expressed about this project. You had months ago said that you supported it, you felt like the government had consulted widely. Do you still support it?

JS: B.C.'s got a great plan to fight climate change. My concern is they don't have a partner at the federal level. You've got a federal government, Mr. Trudeau and the federal Liberals, who are spending millions of dollars to give to Loblaws, that's a billionaire company, they're purchasing a pipeline and trying to build another pipeline. That's where I'm fighting that's where I'm focusing on.

Watch the full interview below: 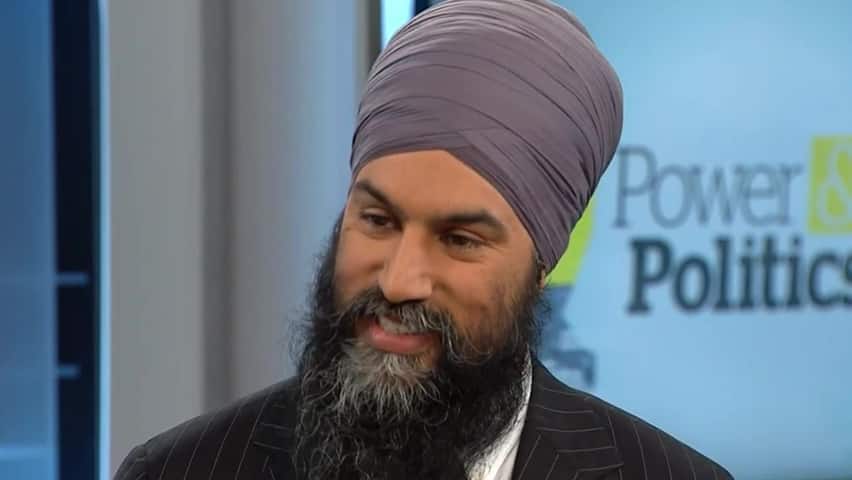