'I was told that freedom of expression was very important,' said Saint-Jacques

Saint-Jacques said one of the conversations was with a senior official and the other was with a politician "at a very appropriate level."

The former ambassador didn't reveal who that politician was, but a government official has since confirmed to CBC News that it was Freeland who called Saint-Jacques.

The Globe & Mail reported last week that Thoppil called both Saint-Jacques and former ambassador to China David Mulroney asking them to clear future statements on Canada-China relations with the government, and saying that the PMO had asked him to reach out to the two former diplomats.

Saint-Jacques said he found the conversation with the minister reassuring. 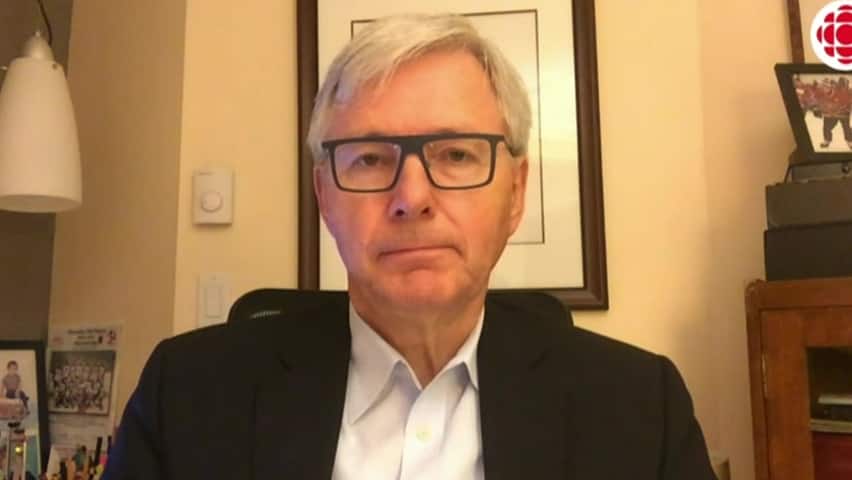 Ex-diplomat says Freeland told him nobody wanted to muzzle him

2 years agoVideo
7:57
Guy Saint-Jacques says the foreign affairs minister called to reassure him that nobody wanted to muzzle him. 7:57

"I was completely reassured that nobody wanted to muzzle me and in fact I was told that freedom of expression was very important and that therefore I should continue to express my views as freely as I wish," said Saint-Jacques.

"While I remain perplexed by the conversation I had with Mr. Thoppil, I think basically it was a problem of communication."

When asked by CBC News if he had received a similar call from Freeland, Mulroney said he hasn't talked to the minister and wasn't aware of an attempt to contact him.

But Mulroney added he can't rule it out, since he has been travelling and hard to reach.

A government official told CBC News Freeland's office has reached out on a couple of occasions to Mulroney following the Globe article published last Tuesday, but has been unable to connect.