A former foreign policy adviser to Prime Minister Justin Trudeau is urging the federal government to suspend any further deliveries of military equipment to Saudi Arabia in the wake of the brutal murder of Saudi journalist Jamal Khashoggi. 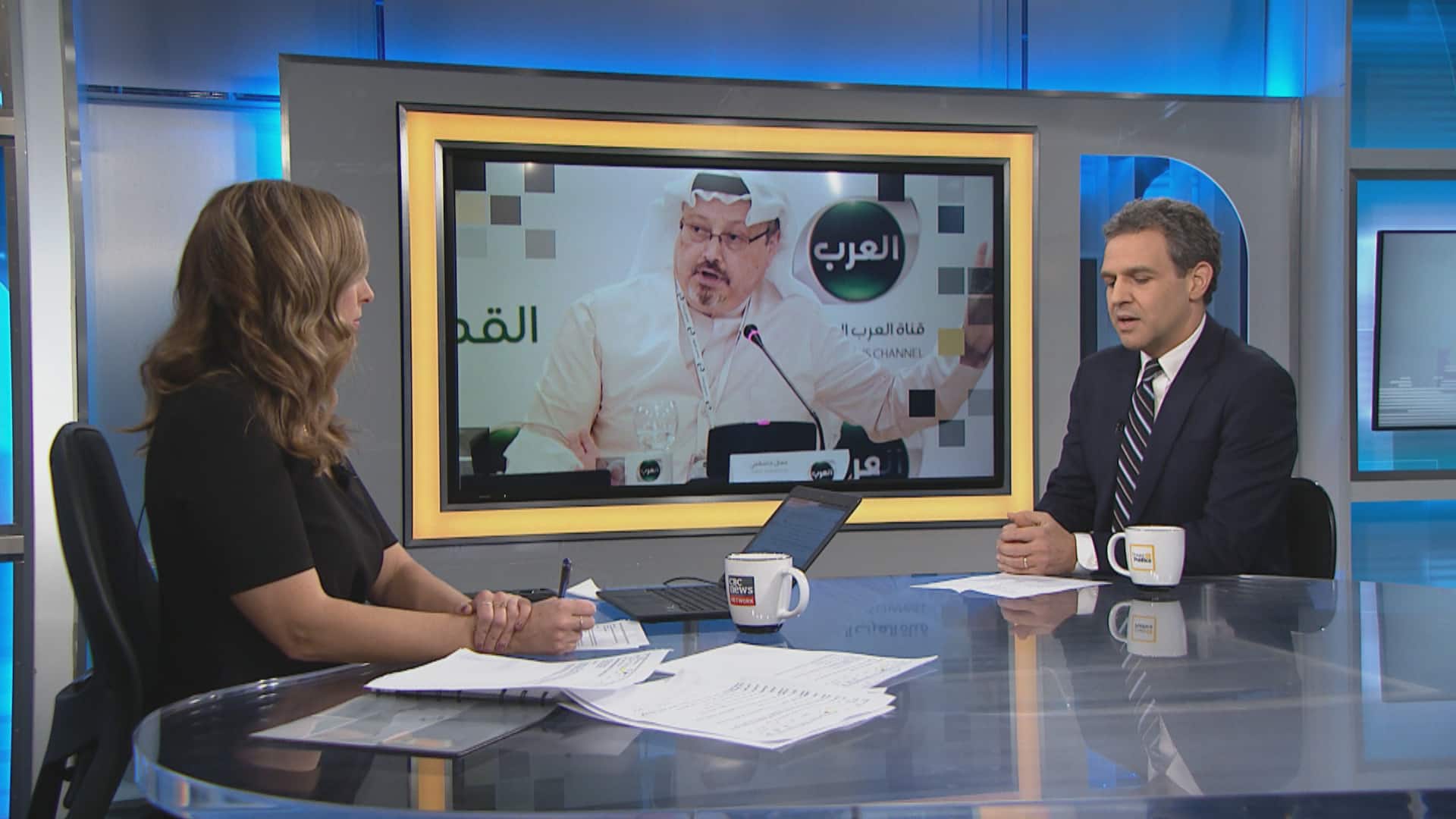 A former foreign policy adviser to Prime Minister Justin Trudeau is urging the federal government to suspend any further deliveries of military equipment to Saudi Arabia in the wake of the brutal murder of Saudi journalist Jamal Khashoggi.

"There are moments when you have a stark decision. And the stark decision before us is whether we stand up for the rule of law or succumb to the law of the jungle and we need to make that decision," said Roland Paris in an interview on CBC News Network's Power & Politics.

"I think that Canada should suspend any further deliveries of military equipment to the Saudi regime," Paris told host Vassy Kapelos.

Canada currently has a multi-billion dollar arms agreement that will see hundreds of light armoured vehicles delivered to the kingdom.

In October, Trudeau told CBC Radio's Metro Morning that it's difficult to break the Saudi LAV deal because of the way it was negotiated by the previous Conservative government.

"I actually can't go into it, because part of the deal on this contract is not talking about this contract, and it's one of the binds that we are left in because of the way that the contract was negotiated," said Trudeau.

Paris acknowledged the complexities of the deal, but said the government can suspend the export permits should it choose to do so.

"The prime minister has hinted at some of those complexities, but we've reached the point, or we're beyond the point, where it's tenable anymore for us to be providing military equipment to the Saudi regime and if there are consequences then I think that we can deal with them," said Paris.

Foreign Affairs Minister Chrystia Freeland said Monday that the government is currently reviewing arms sales to Saudi Arabia and that no new arms export permits are being issued during that period of review.

Germany has announced it is halting all arms sales to Saudi Arabia and, on Thursday, both Finland and Denmark announced they would be halting future arms exports to the kingdom.