'Into the dark': With just months to go before legalization, federal government funds marijuana research

With the legalization of recreational cannabis use just months away, the federal government is "stepping a little into the dark," according to the scientist who helped create pot use guidelines for Canada.

With the legalization of recreational cannabis use just months away, the federal government is "stepping a little into the dark," according to the scientist who helped create pot use guidelines for Canada.

Dr. Benedikt Fischer, a senior scientist at the Centre for Addiction and Mental Health in Toronto, said cannabis is a complex drug — and there's still a lot we don't know about its effects.

"We're stepping a little into the dark, into the fog, with this step forward for legalization," Fischer said.

Even MP Bill Blair, the federal government's point man on pot, has said there's a need for more scientific evidence to help people make responsible choices once they're able to buy marijuana legally.

"I think we need to continue to work hard to identify what is a safe level of use, what effects this could have. We have a lot of anecdotal evidence and frankly not a lot of good health evidence to help people make healthy choices," Blair told CBC.

"We have the highest rates of cannabis use in the world, and clearly just trying to frighten them into abstinence hasn't worked. I think we should inform them into healthier choices," Blair said.

The recent federal budget included new money for cannabis research — $20 million over five years to be divided between the Mental Health Commission of Canada and the Canadian Centre on Substance Abuse and Addiction.

The budget also set aside almost a billion dollars for Canada's three granting councils, including the Canadian Institutes of Health Research (CIHR), to conduct general research that will include marijuana.

Dr. Samuel Weiss is the scientific director of neurosciences, mental health and addiction at CIHR. He's also co-ordinating government-wide research on cannabis use.

That research is focusing on 12 priority subjects, but Weiss said there are a few areas in particular that need more research, including neurodevelopment.

"Understanding the impact that cannabis has on neurodevelopmental outcomes, for example — preconception, pregnancy, the fetus, and child and youth brain development," Dr. Weiss told CBC in an interview.

He also points to the need for a better understanding around impairment and "its effects on cognitive function, driving and workplace safety."

Weiss said most of this research is only possible now that marijuana is about to become legal.

"The fact that it was an illegal substance made it almost impossible to study it before in a significant way. But now that it is to be legalized, it opens the door for more studies," Weiss said.

"Does it change who uses cannabis, how people use cannabis and what the ... acute and long term health consequences are?"

He also points to questions about how people intend to ingest the drug.

"Twenty years ago, pretty much everybody who used cannabis were either smoking a joint or, to a lesser degree, a hash pipe. Now we have vaping, e-cigarette devices, we have edibles, drinkables. All of those modes of use are available and evolving," he said. 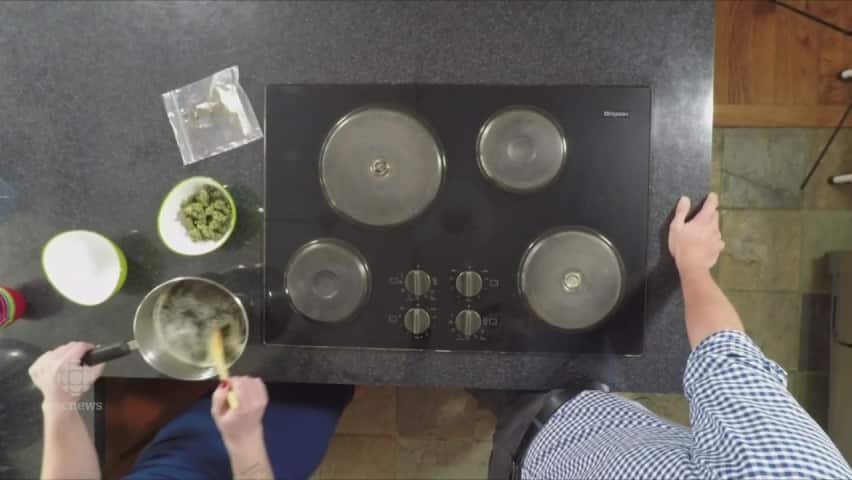 Joint Ventures: The edible side of cannabis

3 years agoVideo
0:56
In the second part of CBC Toronto's Joint Ventures series, we take a look at the edible side of the flourishing cannabis industry in the lead up to legalization. 0:56

Fischer said he also wants the federal government to do more studies on how to treat those addicted to marijuana.

Despite all these unanswered questions, Fischer agrees it will be easier to answer them in a legal system than in an illegal one.

Conservative health critic Marilyn Gladu said she is pleased the government is doing the research but she questions its logic in funding that research, pointing out that the budget earmarked about $550 million to create the legal network — but just $20 million for targeted research.

"I don't know the government has the right priority on this," Gladu said.