The federal government is rejecting several Senate changes to its cannabis legalization bill, setting the stage for a possible showdown between the Senate and the House of Commons.

The federal government is rejecting several Senate changes to its cannabis legalization bill, setting the stage for a possible showdown between the Senate and the House of Commons.

The Senate has proposed 46 amendments to The Cannabis Act, and while the government is accepting some of them, it is passing on several major ones.

According to the House's order paper, the changes the government plans to reject include:

The House still has to debate and vote on the plan in the coming days. Then C-45 will return to the Senate, where senators will have to decide whether to give up their fight to make these changes.

While precedent suggests the Senate will go along with what the elected House of Commons decides, some senators have suggested they might not be prepared to back down this time. 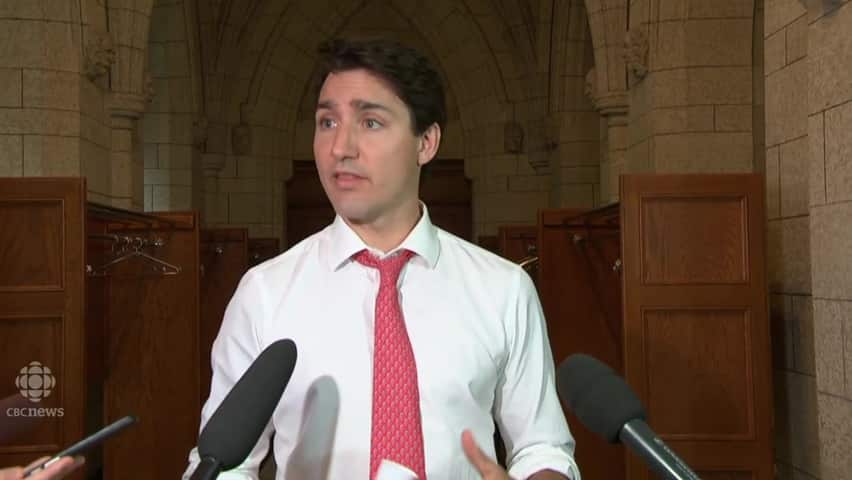 2 years ago
1:22
PM Justin Trudeau says that an amendment on home cultivation will not be accepted, and goes on to blame the Conservatives for doing their best to hold up the government's marijuana bill in the Senate. 1:22

Quebec, Manitoba and Nunavut all want to forbid their citizens from growing recreational marijuana at home, even once cannabis is legalized federally. The Senate has suggested that the federal government affirm the provinces' right to do so in the Cannabis Act. "One of the strong recommendations by experts was that we ensure personal cultivation of four plants at home," said Prime Minister Justin Trudeau Wednesday morning.

"We understand there are questions and concerns about this, and we understand also that it will be important to study the impacts of what we're doing and whether there can be changes made in three years, but we need to move forward on better protecting our communities."

Beer and wine at home

Health Minister Ginette Petitpas Taylor pointed to other controlled substances that can be made or grown at home.

"Canadians are allowed to make beer at home or wine, and some can even grow tobacco," she said.

"It is already possible for Canadians to grow cannabis for medical purposes, and we absolutely believe that the legislation should be consistent when it comes to recreational cannabis."

The whole issue revolves around the prospect of future court challenges. In March, while appearing before a Senate committee, Justice Minister Jody Wilson Raybould said the federal government wouldn't stop provinces from banning homegrown pot — but if a citizen decided to take the province or territory to court over the issue, the feds wouldn't be silent.

It's not just the Senate that's worked up over this issue. Provincial ministers from Quebec and Manitoba put out a joint statement on Thursday supporting the Senate's amendment on home cultivation and insisting on "respect" from the federal government.

"Ottawa has an opportunity to dispel the confusion surrounding this matter and to prevent Canadians from needless and costly legal challenges by accepting the amendment proposed by the Senate," reads the statement from Quebec's Canadian Relations Minister Jean-Marc Fournier and Manitoba Justice Minister Heather Stefanson. 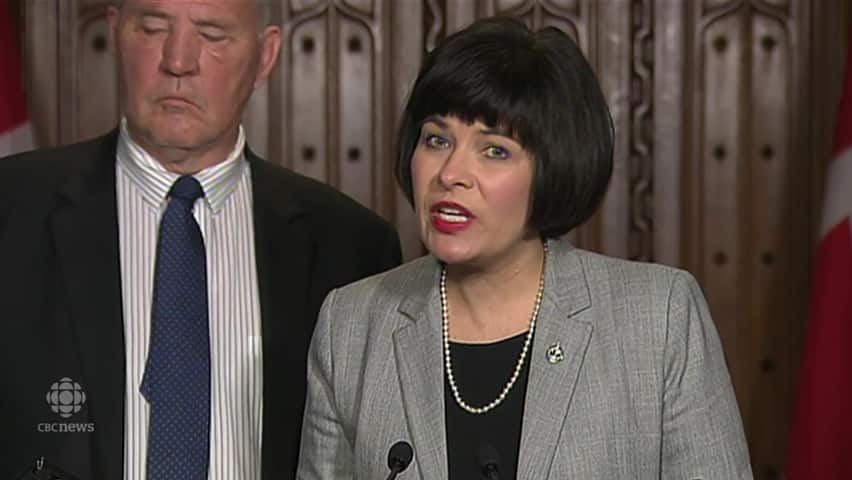 2 years ago
1:28
Health Minister Ginette Petitpas Taylor says that while the government accepts most of the recommendations put forward by the Senate on its cannabis legalization bill, the government will not accept one that gives provinces the right to ban home cultivation. 1:28

The Senate also voted in favour of banning the distribution of branded "swag" by pot companies, such as T-shirts, hats and phone cases that display a company logo.

Conservative Sen. Judith Seidman argued that allowing such merchandise was a "loophole that gives cannabis companies a back door to advertise marijuana." She said she was particularly concerned about the impact on young Canadians.

Critics questioned whether such a restriction would actually be enforceable, or whether it was an unnecessary constraint on freedom of expression.

The bid to have cannabis companies publicly register their investors was meant to keep organized crime out of the fledgling recreational market.

The amendment, proposed by Conservative Sen. Claude Carignan, was inspired by fears that criminal gangs would use offshore tax havens to cash in on legal cannabis.

In rejecting this amendment, the government says the legislation already gives it expanded powers to require security clearances. It also notes the Senate's suggestion "would present significant operational challenges and privacy concerns."

It remains to be seen how the increasingly unpredictable Senate will respond to the rejection of the amendments. The home cultivation amendment is a particular source of concern for several senators. Some feel it's important to respect the provinces' will on the issue, while others say there are too many uncertainties around the impact of home cultivation.

If the Senate digs in its heels, it could further delay the Liberal government's plans for legalization. Federal officials have said that after the bill gets through Parliament and receives royal assent, there will still be a period of eight to 12 weeks to give provinces time to prepare for the actual sale of recreational marijuana.

It's up to Prime Minister Justin Trudeau and his cabinet to choose the precise date that legalization would kick in.