Nearly a third of Canadians say they're not convinced that climate change is being caused by human and industrial activity, according to a newly released Abacus Data poll.

'Without B.C.’s carbon tax, emissions would be five to 15 per cent higher than they are right now'

Nearly a third of Canadians say they're not convinced that climate change is being caused by human and industrial activity, according to a newly released Abacus Data poll.

The poll, commissioned by Canada's Ecofiscal Commission, examined Canadian attitudes on climate change and the policy responses offered by governments, with an emphasis on examining attitudes toward the carbon tax as a possible solution. 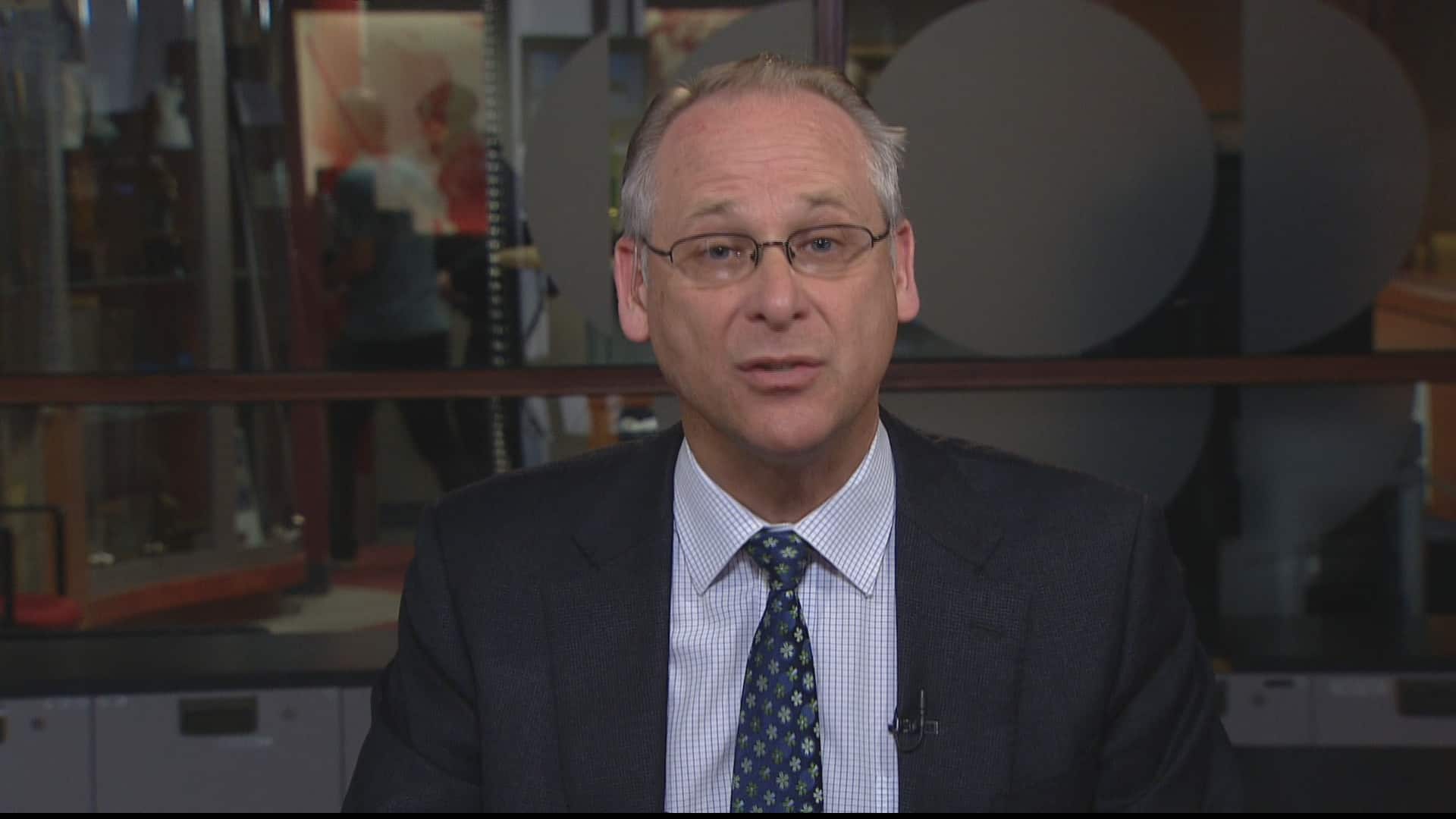 3 years agoVideo
7:09
'What really matters I think is a well-designed carbon price, and then there needs to be a discussion about why it works,' says Canada's Ecofiscal Commission's chair Chris Ragan. 7:09

The commission, a group of economists that advocate for practical ways to fight climate change, published an accompanying report touting the effectiveness of a carbon tax in reducing GHG emissions — a policy the survey revealed is not broadly understood by Canadians.

"I think this is another interesting example of economists being different than normal people," said Dale Beugin, the executive director of Canada's Ecofiscal Commission. "Economists look at carbon pricing and instinctively see the market forces, they see flexibility, they see lowest cost ways to reduce GHG emissions."

The survey found that while most Canadians believe climate change is real, their faith in the ability of science to shine a light on the issue is not uniform across the population.

Only 28 per cent of those polled said the evidence for human-caused climate change is conclusive, with another 33 per cent describing the evidence as "solid."

But from there the numbers start to slide — with 27 per cent saying there is some evidence, but it's not conclusive. The last 11 per cent claimed there is little to no evidence to suggest human-caused climate change is real.

Asked "If the earth is warming, do you believe that cause is mostly...?," 70 per cent of those surveyed chose "human activity and industrial activity such as burning fossil fuels" — while the remaining 30 per cent chose "natural patterns in the Earth's environment."

When it comes to taking action to combat climate change, the number of people who said they want government to focus less on policy to reduce emissions has doubled from eight per cent in 2015 to 16 per cent in 2018.

That shift in attitudes is also apparent in the drop in the percentage of Canadians who want more of a government emphasis on reducing emissions — from 69 per cent in 2015 to 60 per cent today.

Broken down regionally, the highest support for more action on climate change came from the Atlantic provinces at 69 per cent, followed closely by Que. at 66 per cent and B.C. at 65 per cent.

From there the numbers begin to decline, with only 57 per cent of Ontarians and 56 per cent of people polled in Manitoba and Saskatchewan saying the government should put more of an emphasis on fighting climate change.

Alberta brought up the rear, with just 46 per cent of people surveyed in that province saying they wanted more action on climate from government.

These numbers can perhaps be explained by looking at what those surveyed say are their top public policy priorities. Climate change comes in near the bottom of the list, at 21 per cent; improving health care services came in at 46 per cent.

Prime Minister Justin Trudeau's federal policy response to climate change is the Pan-Canadian Framework on Clean Growth and Climate Change. That plan puts a $10 price on each tonne of greenhouse gas emissions beginning in 2018, rising by $10 every year until the price hits $50 a tonne by 2022.

The federal government has said that it will impose a carbon price on any jurisdiction that does not implement its own plan to put a price on carbon.

But only 42 per cent of Canadians surveyed said they were either very familiar (10 per cent) or pretty familiar (32 per cent) with the concept of putting a price on carbon.

The reason for that result may have something to do with how closely survey respondents follow carbon policy in their own provinces. The survey showed that 41 per cent of those polled do not know if their home provinces have put a price on carbon.

Four Canadian provinces currently have carbon pricing plans — B.C., Alberta, Ontario and Quebec — but residents of those provinces seemed broadly unaware of how the policy affects them, with the exception of Albertans.

The statistical analysis out there is pretty clear Without B.C.'s carbon tax, emissions would be five to 15 per cent higher than they are right now- Dale Beugin , executive director, Canada's Ecofiscal Commission

In B.C., only 45 per cent of people polled reported knowing their province has a plan. In Ontario that number was 30 per cent, while in Quebec it sat even lower at 20 per cent.

But in Alberta, some 78 per cent of residents were aware the provincial government already had put a price on carbon.

In the five provinces that have signed on to the federal government's Pan-Canadian Framework committing to impose a price on carbon, public awareness seemed even less pronounced.

Beugin attributed the public's lack of understanding of carbon tax policy in part to how difficult it can be to understand a policy at the centre of a polarized debate.

In Manitoba, 8 per cent of residents said their province already has a price on carbon (it doesn't — not yet) and 9 per cent said Manitoba was not planning on implementing one (the provincial government has already made public its plans to do so).

Almost half of those surveyed in New Brunswick, Nova Scotia, P.E.I. and Newfoundland said they were unsure of what the situations were in their provinces.

The purpose of a carbon tax

Nationally, only 58 per cent of those who participated in the online survey said they thought that the primary purpose of a carbon tax was to change behaviour, compared to 42 per cent who said the purpose was just to raise money.

"The statistical analysis out there is pretty clear," said Beugin. "Without B.C.'s carbon tax, emissions would be five to 15 per cent higher than they are right now."

To compile the survey, 2,250 randomly selected panellists were invited to complete the online survey from Feb. 9 to 15. While online polls like this do not have a margin of error, the margin of error for a comparable sample is +/- 2.1 percentage points, 19 times out of 20.