Protests that have shut down most of Canada's rail system have opened a debate about the intersection of politics and policing, with Prime Minister Justin Trudeau insisting government must remain hands off and Conservative Leader Andrew Scheer insisting it's time to direct the RCMP to end the blockades.

Protests that have shut down most of Canada's rail system have opened a debate about the intersection of politics and policing — with Prime Minister Justin Trudeau insisting government must remain hands-off and Conservative Leader Andrew Scheer insisting it's time for the PM to direct the RCMP to end the blockades.

On Friday, Scheer held a news conference in Ottawa and called on Trudeau to direct the national police force to "enforce the law" and end the "illegal" tactics.

"Democracy and the rule of law are fundamental pillars of our country, and it's time they are enforced," he said.

"If they are not, the Trudeau Liberal government will set a dangerous precedent that a small few can have a devastating impact on countless Canadians."

Trudeau rejected Scheer's demand. "We are not a kind of country where politicians get to tell the police what to do in operational matters," he said today following a security conference in Germany.

A statement from the office of Public Safety Minister Bill Blair, who oversees the RCMP, said "police independence is crucial to public trust in our institutions."

"Our government is committed to protecting the constitutional right to lawful peaceful protest, keeping Canadians safe, and upholding the rule of law."

But some policing experts say an elected government does have the authority to direct police to act in the public interest.

Rick Parent is a criminology professor at Simon Fraser University who spent nearly 30 years as a municipal police officer. He said there's a difference between interfering in a criminal investigation and responding to a politically-motivated demonstration. Governments represent the public but sometimes try to "pass the buck" to police in controversial situations like this, he said.

"I think it's an easy way out to say that the police are independent. I think those are like weasel words in the sense that we're trying to pass the buck on to the police and hold them accountable for this, when in fact ... it is a political thing," Parent said.

"It's not a crime against an individual that's occurring."

Parent said court orders must clearly state what powers the police are permitted to exercise in a specific situation, and any government direction must be in line with that court order.

According to the RCMP Act, officers are to "enforce all Acts of Parliament and regulations and render assistance to departments of the government of Canada as the Minister directs."

Christian Leuprecht, a Royal Military College professor who has written about the RCMP's structure, said that while police must be independent when it comes to criminal investigations, government intervention in this case would not amount to political interference in an investigation.

"The federal government does have options, contrary to what it is claiming," he said. "But it has chosen not to exercise those, likely for political reasons. Because this is, of course, the government that has staked much of its political fate on reconciliation ...

"I think the uniforms, whether it's federal or provincial, feel it shouldn't be their responsibility to resolve what is ultimately a political issue."

Watch: Prime Minister Justin Trudeau says Canada is 'not the kind of country where politicians get to tell the police what to do in operational matters' 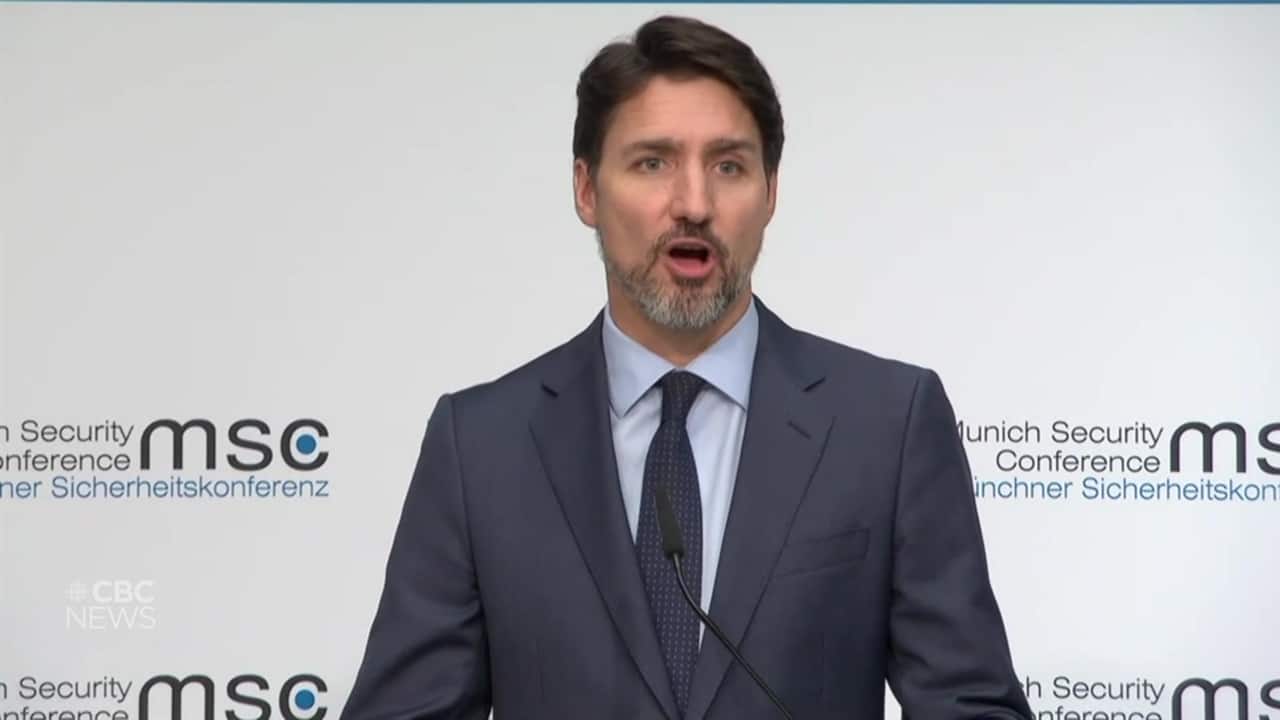 Trudeau on the rail blockades

1 year ago
3:15
Prime Minister Justin Trudeau spoke to reporters in Munich before returning home to Ottawa on Friday 3:15

Governments may be reluctant to get involved in such protests, given that memories of 1995's deadly confrontation in Ontario's Ipperwash Provincial Park are still fresh. After members of the Stoney Point Ojibway band occupied the park to assert their claim to nearby land, then-premier Mike Harris told the Ontario Provincial Police he wanted the protesters evicted. During the subsequent confrontation, protester Dudley George was killed by a police officer.

Ontario Transportation Minister Caroline Mulroney said Friday it's up to the federal government to show leadership and reach out to the protesters to bring about a swift resolution. But she agreed with Trudeau that the government should not interfere with police operations.

"It would be inappropriate for a government to direct a police force," she said, pointing out that the court has issued an injunction against the Mohawk protesters behind an illegal blockade near Belleville, Ont. that is snarling rail traffic.

Watch: Ontario Transportation Minister Caroline Mulroney says it would be inappropriate for Queen's Park to direct the OPP 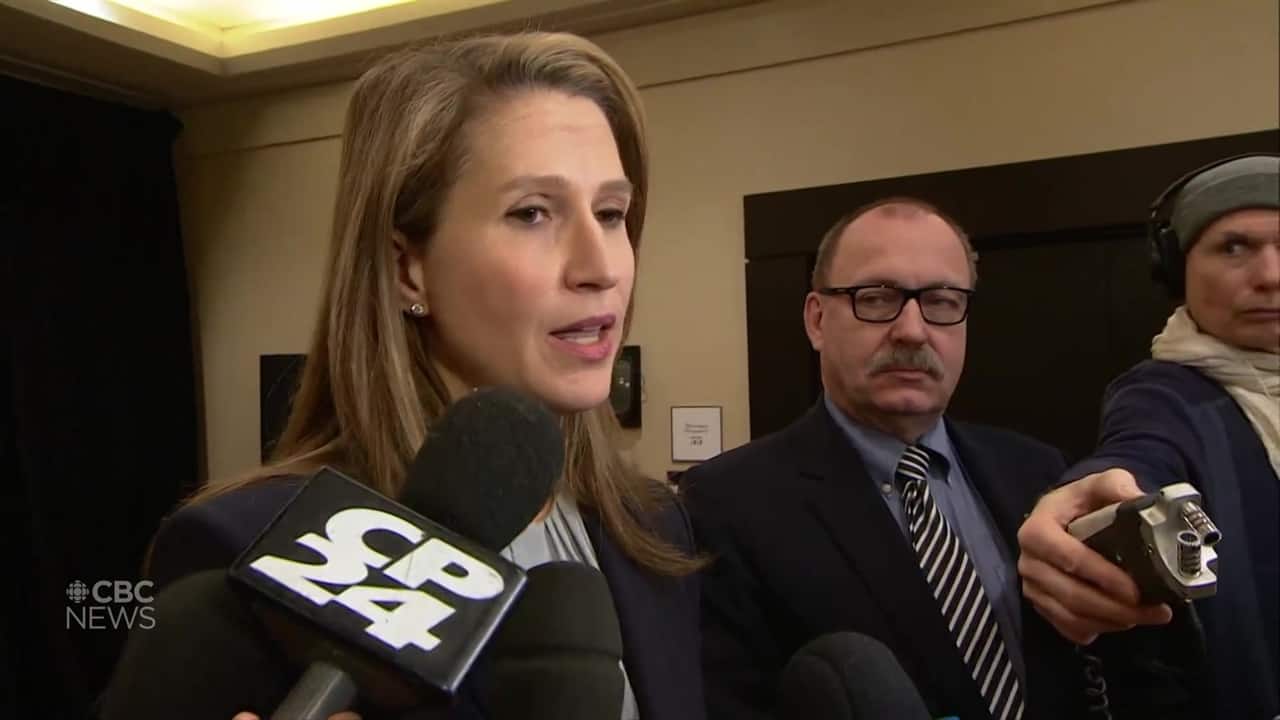 Mulroney says it's inappropriate for Queen's Park to direct the OPP

1 year ago
1:09
Ontario Transport Minister Caroline Mulroney spoke to reporters in Toronto after a Federal-Provincial meeting 1:09

OPP spokesperson Bill Dickson said police use their discretion as "a valid, appropriate approach to de-escalating situations such as this" — and that should not be confused with a lack of enforcement.

"The OPP calls on those involved to abide by the court injunction and to not put public peace or anyone's safety in jeopardy. The OPP respects the right of everyone to freedom of expression and peaceful assembly, but we also recognize the rights of the general public, local residents and businesses to a safe environment," he said.

Dickson said the OPP will continue to follow its Framework for Police Preparedness for Indigenous Critical Incidents, which he said provides guidance on a "measured and sensitive response."

That document outlines the approach to be taken by various levels of government to resolve critical incidents that may erupt over land claims, self-determination or treaty rights.

"A range of possibilities exists as to how the critical incident may evolve — from a passive demonstration to one where the public is significantly affected, (such as) blockage of transportation route," the document reads.

"It is imperative for police to ensure all parties to the critical incident have the opportunity to contribute to strategies for resolution. Employees will rely on established relationships for effective communication between themselves and persons involved in the critical incident as well as the other members of the community."

Mohawk activists who have set up camps on key rail lines in eastern Ontario have said they won't end their demonstration until the RCMP leaves the traditional territory of the Wet'suwet'en in northern B.C.

Wet'suwet'en hereditary leaders had been blocking road access to a construction site for the Coastal GasLink pipeline, a key part of a $40-billion LNG Canada liquefied natural gas export project.

While much of the police action near that road ended Tuesday with multiple arrests, the RCMP still has officers stationed near the pipeline construction site.

Scheer said the blockades are being staged by anti-energy activists who are "ideologically motivated" and that they must not be allowed to "run roughshod over the rule of law."

"Radical activists, many of whom have no connection to the Wet'suwet'en people, are holding our country's economy hostage. Meanwhile, the prime minister has been out of the country on a vanity project to win a vote at the UN, neglecting his duties here at home," he said.

Scheer said it's time that Trudeau "pick up the phone" and tell Blair to "put an end to the situation." 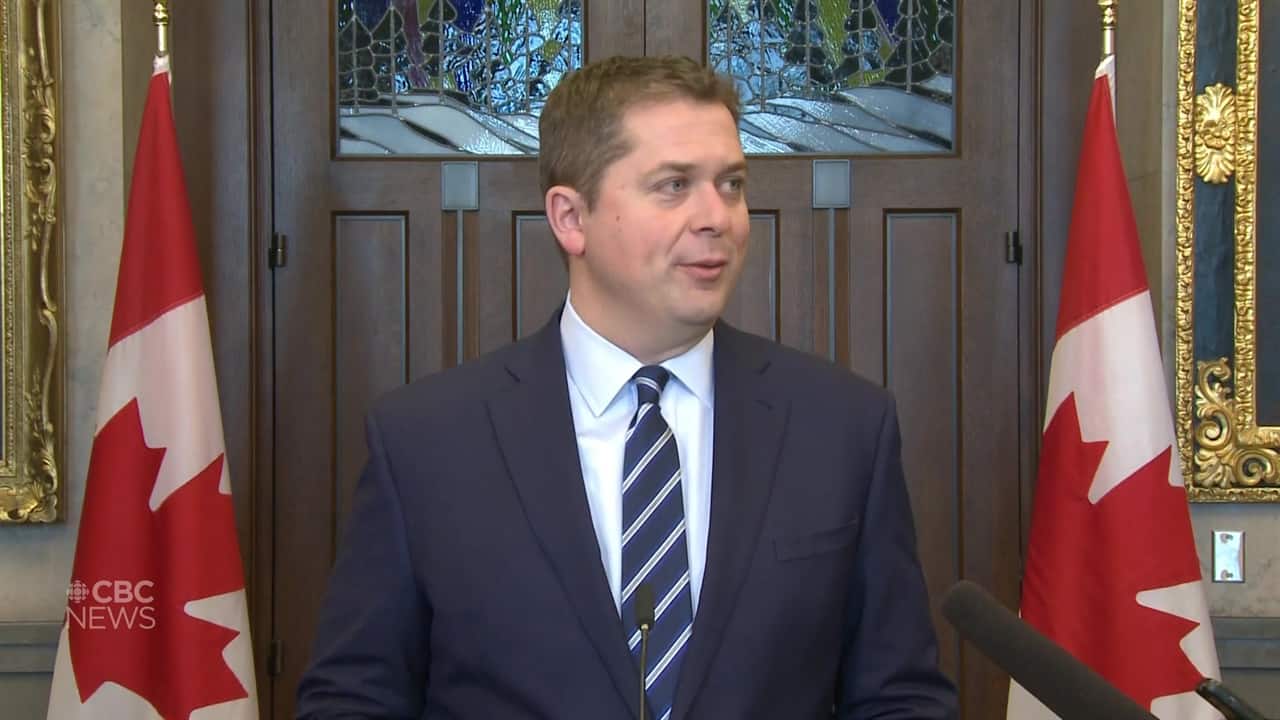 "These blockades are illegal. So far, the prime minister has refused to come out and call them that himself," he said.

Asked if police intervention could escalate an already tense situation, Scheer insisted the risk of escalation is greater if nothing is done.