A Conservative MP said Thursday the prime minister will not appoint new senators until there is "substantial reform" to the Senate — but a spokesman for Stephen Harper swiftly contradicted the claim. 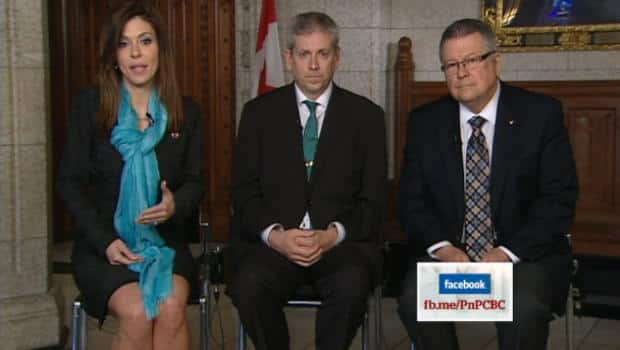 A senior Conservative MP said Thursday that the prime minister will not be appointing senators until there is "substantial reform" to the Senate — but a spokesman for Stephen Harper swiftly contradicted the claim, saying the preference remains appointing elected senators.

Appearing as the government’s representative on a panel about the Senate expense scandal on CBC News Network’s Power & Politics, Eve Adams, the parliamentary secretary to the minister of veterans affairs, said the prime minister was taking action to address the allegations.

"In fact, he will not be appointing other senators until there is substantial, very substantial reform to the Senate or if a province puts forward elected senators," she told host Evan Solomon. "So I think it’s very clear that the prime minister is taking this seriously."

But when asked for confirmation of the new position on appointments, the prime minister’s director of communications Andrew MacDougall refuted the statement. "The prime minister has not said that," he wrote in an email to Power & Politics. "Our preference remains to appoint elected senators."

The Senate is currently dealing with reports of questionable expenses from several sitting senators.

Stephen Harper's government has already referred questions about its power to reform or abolish the Senate to the Supreme Court of Canada.