An East-West round of name-calling, with echoes of Pierre Trudeau's NEP tossed in, was not supposed to be Parliament's big agenda item, Chris Hall writes. So little wonder the environmental retool yesterday as the government tries to get back on course.

Let's start with this premise. Pipeline politics wouldn't have been the Liberal's big agenda headache this first week of Parliament's return if they had kept control of a debate that was supposed to focus on sustainable development and the future of energy projects.

Instead, Natural Resources Minister Jim Carr and Environment and Climate Change Minister Catherine McKenna emerged Wednesday to try to cap a public discussion that, in the space of a week, centred on national unity and old grievances from another time.

Yes. You read that right. National unity. As in another East-West divide over energy policy. As in comparisons to the much-reviled National Energy Program from the Pierre Trudeau days that spawned Western alienation and eventually the Reform Party.

All of it fuelled, if you'll pardon the pun, by politicians of all stripes and in different parts of the country.

"You been in question period lately?" Carr chuckled as he met reporters after announcing a set of interim principles to govern the environmental review already under way for two proposed oil pipelines: Energy East from northern Alberta to Saint John, N.B.; and Trans-Mountain from Edmonton to Vancouver.

"The three opposition parties" he suggested, "have come from completely different perspectives: Don't build anything. Build everything now. Be very careful what you build."

Carr insists the proposals he's making will restore Canadians' trust and confidence in these and other energy projects.

What he didn't address directly is the belief, in Alberta and Saskatchewan, that this Liberal policy is akin to what that other Trudeau did to Western resource hopes 35 years ago.

"I tell you I'm hearing from Albertans, and people in Saskatchewan, that this is just like the NEP,'' interim Conservative Leader Rona Ambrose told reporters this week.

And she was far from alone in stirring the old East-West divide over energy policy.

Saskatchewan's premier, Brad Wall, got into it with Montreal's Mayor Denis Coderre on Twitter after Coderre came out against Energy East.

"I trust Montreal-area mayors will politely return their share of $10 billion in equalization supported by the West,'' Wall wrote.

Coderre shot back that the four million residents in the Montreal area should hold more clout than Saskatchewan's 1.3 million people.

Even Calgary's popular mayor, Naheed Nenshi, got in on the act.

In an interview on CBC Radio's The House, he called on the equally popular prime minister to take a stand in favour of the proposed Energy East pipeline, to get Alberta's oil to tidewater.

"I think it's time for us to do some nation building," Nenshi said.

Nation building is always a great rallying cry, but it is not the narrative Justin Trudeau wants as his government grapples with its commitment to ensure a proper balance between the economy and the environment, and to ensure that oil and gas production is part of a sustainable development strategy.

"The prime minister has been very clear about that. We need to get our resources to market in a sustainable way," McKenna reiterated Wednesday. "All we're saying here is that Canadians deserve to have trust in their environmental assessment process or else no projects will go ahead."

That objective, of course, is far removed from Pierre Trudeau's motivation for the NEP, under which his government unilaterally imposed new taxes on the oil industry and gave Ottawa a greater say over the how Alberta managed its resource.

The program also coincided with one of the worst recessions in Alberta's history, and was dismantled by Brian Mulroney's Conservative government four years later, but the resentment endured in Alberta.

In today's debate, how pipelines are reviewed by the arm's length National Energy Board is not of the same magnitude, though some in the oil patch argue pipeline regulations can't be taken alone.

They point to the recent federal moratorium on tanker traffic along the B.C. coast, and to Justin Trudeau's speech to the oil patch in 2013 when he said pipelines and other energy projects need some undefined "social licence" before they can proceed.

"Times have changed, my friends," Trudeau told the Calgary Petroleum Club. "Social licence is more important than ever. Government may be able to issue permits. But only communities can grant permission."

The prime minister didn't help defuse matters last week in Davos when he told international investors that his government wanted them to focus more on Canada's resourcefulness than its resources.

By Tuesday, the prime minister had a different line.

"My responsibility as prime minister is to make sure that on national projects we're behaving in a way that contributes to the economy, to a secure environment and bringing people together to create a better future."

Achieving all those things together will not be easy, says Achim Steiner, who heads the UN Environment Program, with its mandate to promote sustainable development.

"The fact is the future of our global economy will be low carbon. That is what was agreed in Paris," he said in an interview with CBC Radio.

"So the question is how can we manage the transition, helping people to move out of one sector and business to invest in the future economy, and at the same time create the competitiveness countries will have to have in a low-carbon economy and a global marketplace."

And in Canada's case, doing it in a way that doesn't add more fuel to an already smouldering East-West national unity debate. 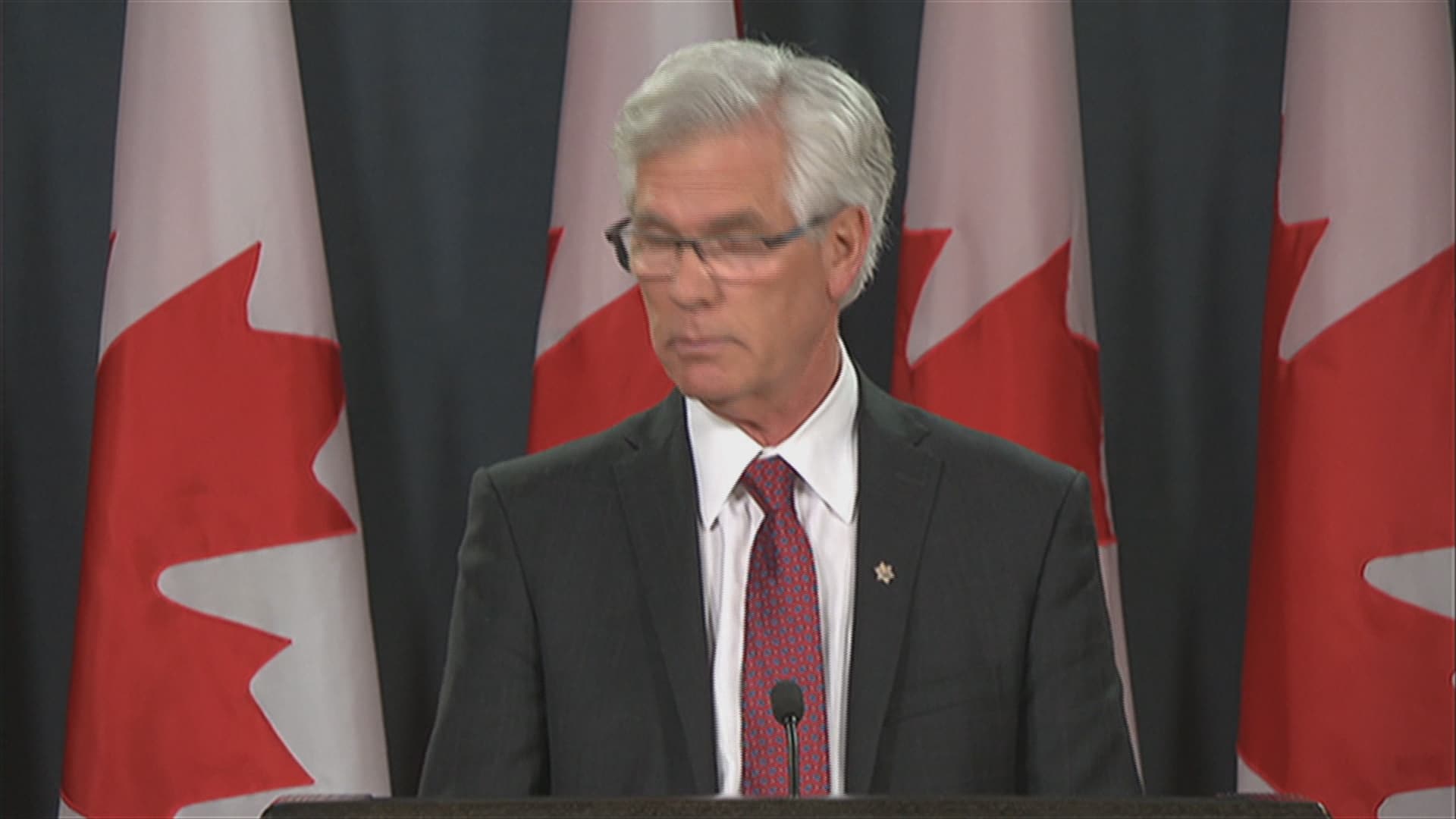 New rules for pipelines in Canada

5 years ago
2:12
The government says the new process will include wider environmental assessments and more consultation with indigenous people 2:12