Minister of State for Democratic Reform Pierre Poilievre says he's open to an amendment to the fair elections act that would allow people without ID showing their address to sign an oath proving their residence, among other major changes he announced Friday. 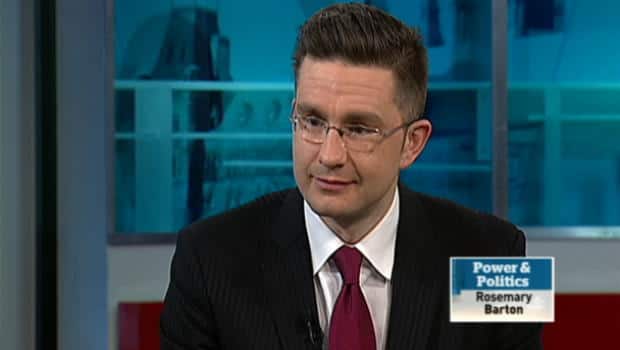 Minister of State for Democratic Reform Pierre Poilievre says he's open to an amendment to the fair elections act that would allow people without ID showing their address to sign an oath proving their residence.

Poilievre says he's also open to killing a provision that would have exempted the cost of fundraising calls and mailouts from the spending caps set for federal parties during elections.

"To be frank, this proposal is not particularly important. It can go," Poilievre told reporters on Parliament Hill.

Critics said that would have let parties spend as much as they wanted on promoting themselves under the guise of fundraising.

The government's proposed changes to how federal elections are run and how Canadians vote included removing vouching, a process that lets a voter have someone swear to where he or she lives. At the same time, voters have to show identification that proves who they are and where they live.

The measure was controversial because few pieces of identification include a voter's address.

Under the amended bill, Poilievre said every voter will have to show identification, but voters will be able to sign a written oath as to their address. Another voter with proper ID will co-sign, and Elections Canada will have to check the list to make sure no one votes twice.

Poilievre listed a number of other major changes Friday and said he has already provided copies of the proposed amendments to the chair of the procedure and House affairs committee, which was studying the bill.

Another change included in prepared remarks, but which Poilievre didn't say during his opening statement, is an amendment to "expressly clarify that the commissioner [of Canada Elections] and the CEO can communicate with each other and the public."

The commissioner investigates allegations of wrongdoing in elections.

Many of the changes Poilievre announced were recommended in a preliminary report by a Senate committee that looked at the bill.

NDP Leader Tom Mulcair, speaking in Kingston, Ont., said it's a step in the right direction but that the bill needs to be improved in other ways.

As examples, however, Mulcair pointed to measures that Poilievre had just said would be made.

"Mr. Poilievre has been telling us for months that he's got a terrific bill that needs no changes. Today he's accepting a bunch of terrific changes," Mulcair said.

"Mr. Poilievre is dropping a little ballast today because he knows how much this is hurting his government," he said, adding the government is still limiting the time spent debating the bill.

"If they are still trying to use their majority to force through these changes without the approval of any of the other parties in Parliament, it is unprecedented in Canadian history to do this sort of thing with no support from any other expert or from any other political party."