Federal marijuana legislation to be introduced in spring 2017, Philpott says

On a day pro-marijuana advocates were demonstrating across North America, Canada's health minister tells the UN that federal legislation to legalize marijuana will be ready in a year. But that wasn't good enough for NDP Leader Tom Mulcair.

Federal legislation to legalize marijuana will be ready in a year, Canada's health minister told the UN at a special session of the General Assembly in New York today.

"We will work with law enforcement partners to encourage appropriate and proportionate criminal justice measures. We know it is impossible to arrest our way out of this problem," she said.

Delegates are reviewing the progress and implementation of the UN's 2009 action plan on drugs to assess ongoing challenges in combating the world's drug problems. Three days of meetings will conclude Thursday.

Bill Blair, the parliamentary secretary to the justice minister who serves as Canada's point man on the legalization legislation, is with Philpott in New York.

"It's a great deal of work. It's important to do it right. And so, we're looking at regulations with respect to production, distribution, the retail and consumption of marijuana and we want to make sure that it's based on the best advice from experts." Blair told reporters on his way to the meetings on Tuesday.

The health minister said the government's proposed marijuana policy challenges the status quo, but will enhance the safety of youth. 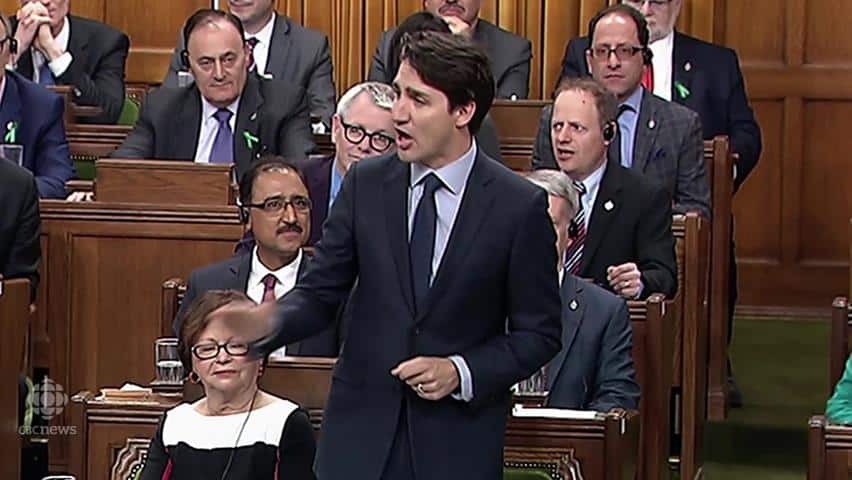 5 years ago
1:13
NDP leader chides PM for not decriminalizing marijuana right away, and asks for a bill to clear records of people charged before a new pot law comes next year. 1:13

Canada's plans are contentious for some other UN members.

Philpott said that she is aware states will take different approaches on the matter, but is hopeful they can find common ground to create a comprehensive, collaborative and compassionate drug policy.

NDP Leader Tom Mulcair told reporters he believes the legalization policy proposed by the Liberals is just another broken promise. He says the only thing the Liberals have done so far is appoint Bill Blair.

"There are thousands and thousands of mostly young people who will have criminal records for the rest of their lives because (Prime Minister) Justin Trudeau did not respect his promise to legalize marijuana as soon as he took office," he said.

Mulcair said if the Liberal government found the issue too complicated they should immediately decriminalize marijuana and address complex issues like supply later.

"It's a massive waste of time, effort and energy of our entire criminal justice system," he said. 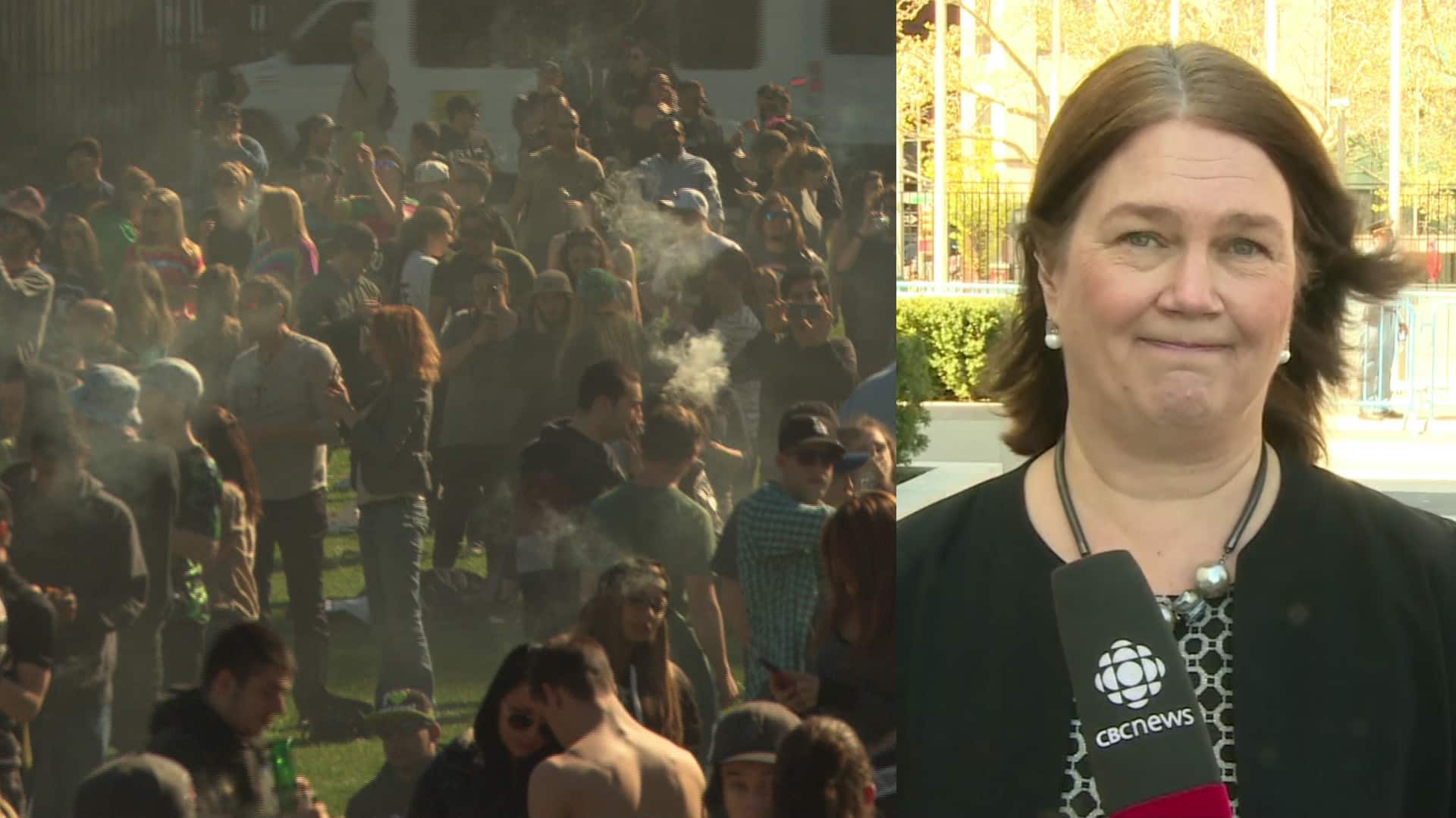 5 years ago
8:29
Health Minister Jane Philpott discusses her speech at the UN on drug policy and the plan to introduce a bill to legalize marijuana 8:29

Later, during question period in the House of Commons, Mulcair asked whether Trudeau would at least promise legislation to remove criminal records of Canadians charged before a new law is in place.

In response, Trudeau said simply decriminalizing marijuana does not help the government meet its goal of keeping pot out of the hands of children, but would offer a legal stream of income to criminals selling it.

"The fact of the matter is we've been clear. We believe in legalization and regulation of marijuana because it protects our kids and keeps money out of the pockets of criminal organizations and street gangs," Trudeau told the Commons.

Conservative MP Colin Carrie told the CBC's Susan Lunn that the announcement from health minister Philpott has done nothing but create more chaos surrounding the issue.

"It's in their hands whenever they want to bring it forward, It's unfortunate though that they're causing so much chaos with parents in communities and police forces. At the end of the day what is important to us is about the kids. Mr. Trudeau said he is keeping it out of the hands of kids ... let's get him moving forward on that," he said.

Carrie believes legalization is not necessary.

"If you look at the statistics that are out today, the status quo has been working. Marijuana smoking is down 23 per cent in the last few years. But he's brought this up, he's made it an issue let's see what his plan is," he said.

Cannabis culture demonstrations are underway across the country as pro-marijuana advocates gather in support of legal use on a day known as "4/20."

Philpott told CBC's Rosemary Barton that the announcement was not purposely made on "4/20," but the government capitalized on the opportunity to further the discussion.

"It's a day that we know people are going to be talking about marijuana and when we were aware of that fact we thought it was a great day for us to talk to people around the world about Canada's plans and our comprehensive approach to drug policy, including the legalization of and new regulations for marijuana," said Philpott on CBC News Network's Power & Politics.

Demonstrators, many of them smoking the drug, also gathered on Parliament Hill. Some members of the crowd were greeted and took photos with Mulcair.

Dominion carillonneur Andrea McCrady used her noon concert from the Peace Tower to play arrangements of tunes perhaps inspired by the gathering, including Puff, The Magic Dragon.