Jane Philpott said today she was "stunned" to be turfed from the Liberal caucus and believes the SNC-Lavalin controversy could have been contained much earlier with an apology from the prime minister for alleged political interference in a criminal trial — and a promise that it wouldn't happen again.

Jane Philpott said today she was "stunned" to be turfed from the Liberal caucus and believes the SNC-Lavalin controversy could have been contained much earlier with an apology from the prime minister for alleged political interference in a criminal trial — and a promise that it wouldn't happen again.

In an interview with CBC Radio's The Current Thursday morning, Philpott said she learned as a medical doctor that when bad things happen and mistakes are made, the sooner you deal with it, the better.

"Without malice, sometimes errors take place, but you need to own up to the people who may have been harmed and you need to find out why it happened and make sure it never happens again," she told host Anna Maria Tremonti.

"I think those lessons could be transferred quite easily into the political sphere, and this could have been taken care of and addressed in a forthright, honest way much earlier."

Philpott told The Current she was "stunned" by her expulsion because she feels she wasn't given a proper opportunity to explain her actions to the full caucus. She said she was told of her ejection from caucus earlier on Tuesday during a brief meeting with Trudeau — her first discussion with the PM, she said, since she resigned from cabinet a month ago. She said she had only one conversation on the topic with people in the Prime Minister's Office, about a week ago. 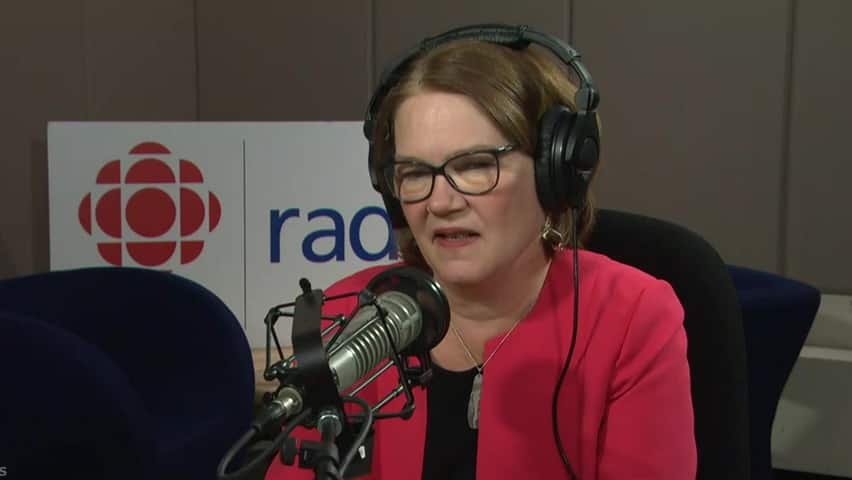 2 years agoVideo
1:21
Jane Philpott suggests that the whole SNC-Lavalin affair could have been avoided if the Prime Minister had just taken ownership and apologized for trying to interfere. 1:21

"I respect the decision that was made, and I told the prime minister that I do wish him the best," she said.

Trudeau broke the news during a special national caucus meeting Tuesday night, which was open to the media and televised.

"The trust that previously existed between these two individuals and our team has been broken, whether it's taping conversations without consent, or repeatedly expressing a lack of confidence in our government or me personally as leader," Trudeau said.

"It's become clear that Ms. Wilson-Raybould and Dr. Philpott can no longer remain part of our Liberal team."

The expulsions came just days after the public release of a 17-minute audio recording of a Dec. 19 conversation between Wilson-Raybould and Clerk of Privy Council Michael Wernick. The clerk did not know he was being recorded.

Wilson-Raybould said she knew recording the call without Wernick's knowledge was an extraordinary move, but she did it because she was at home without a staffer to take notes and she expected the call would be "inappropriate."

Several Liberal MPs lashed out at the covert recording, calling it unethical, dishonourable and seedy. Trudeau called it "unconscionable."

But Philpott said Wilson-Raybould explained her reasoning and called the focus on the secret recording a "red herring." The focus should be on its contents, she said.

In the call, Wernick warned Wilson-Raybould that the prime minister was "firm" on getting a deferred prosecution agreement for SNC-Lavalin, and that he thought he would get it done "one way or another."

Philpott said there is "very good evidence" that there were attempts to politically interfere with a very serious criminal case, and she had to resign from cabinet because she was not willing to deny that had occurred.

'The truth is more important'

She said the best way to deal with the SNC-Lavalin matter would have been to "speak the truth" at the time, admit that mistakes had been made and apologize to Canadians. The escalation of the controversy was partly due to a lack of communication, she said.

"That's been my stance from the beginning, that I've communicated to the prime minister and his office and others. So to that extent, there have been conversations going on, but I would not say that they were intense in any way," Philpott said. "There were no efforts to bring all the people involved into a room together to actually try to resolve this."

Philpott said she appreciated that some colleagues reached out to have positive conversations and to see what could be done, but from her perspective there was never a formal process or effort to try to resolve the impasse.

Philpott said she couldn't "toe the party line" because the government initially refuted the Feb. 7 Globe and Mail report that said Wilson-Raybould faced intense political pressure over the SNC-Lavalin file — then moved from denying the allegations to suggesting "it doesn't actually matter."

Philpott resigned from cabinet March 4, citing a loss of confidence in how the government was handling the SNC-Lavalin affair. At the time, she remained in the Liberal caucus and said she intended to run in the fall election under the Liberal Party banner.

'I chose the truth'

"I chose the truth. I chose to act on principles that are so important to the future of our country. That's more important than my political career," she said.

"The truth is more important than any individual's political success."

Philpott called the whole situation "regrettable" and said it's unfortunate that it has detracted from the important work of Trudeau government ministers and others. 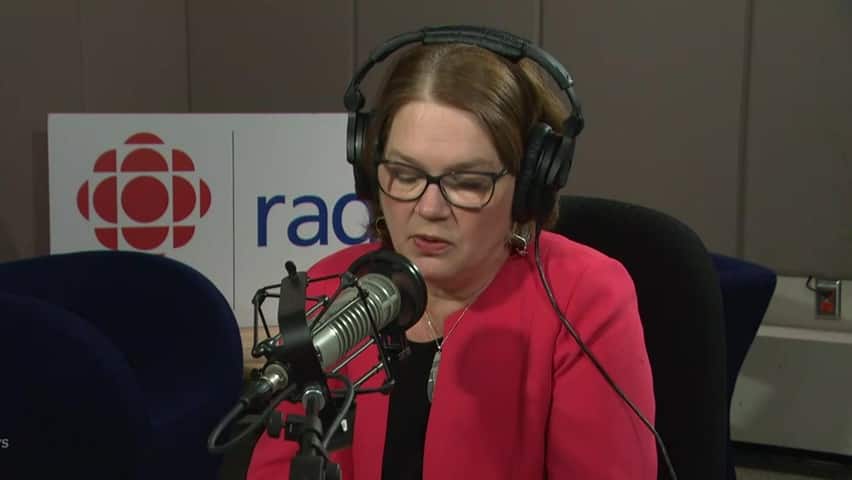 Philpott: 'I chose the truth'

2 years agoVideo
1:16
Jane Philpott says that she chose to resign from Cabinet because to her the truth is more important than anyone's political success. 1:16

Sources told CBC News that Wilson-Raybould had set a list of at least five conditions to end the SNC-Lavalin controversy — one of which was an apology from the prime minister.

The first three conditions involved staff changes in the senior levels of government. Sources said Wilson-Raybould wanted Trudeau to fire his principal secretary, Gerald Butts, who has since resigned, along with Wernick, who has since announced his retirement, and PMO senior adviser Mathieu Bouchard.

Sources told CBC News she also sought assurances that her replacement as attorney general, David Lametti, would not overrule Director of Public Prosecutions Kathleen Roussell and direct her to give SNC-Lavalin a deferred prosecution agreement (DPA).

Trudeau would not confirm details of any confidential discussions today, but said people in his government worked for weeks to find a path forward and rebuild trust. Ultimately, he said, that was not possible.

He also wouldn't comment on Wilson-Raybould's alleged request for an assurance that SNC-Lavalin would not be granted a DPA by her successor, saying the question isn't up to him.

"The decision to move forward on a DPA is entirely the choice of the current attorney general. That is something that I will not interfere with," he said.

Trudeau said he respects that Wilson-Raybould felt there was inappropriate pressure on her, but maintained that the government was only seeking to protect jobs.

"I respect that, but I disagree," he said. 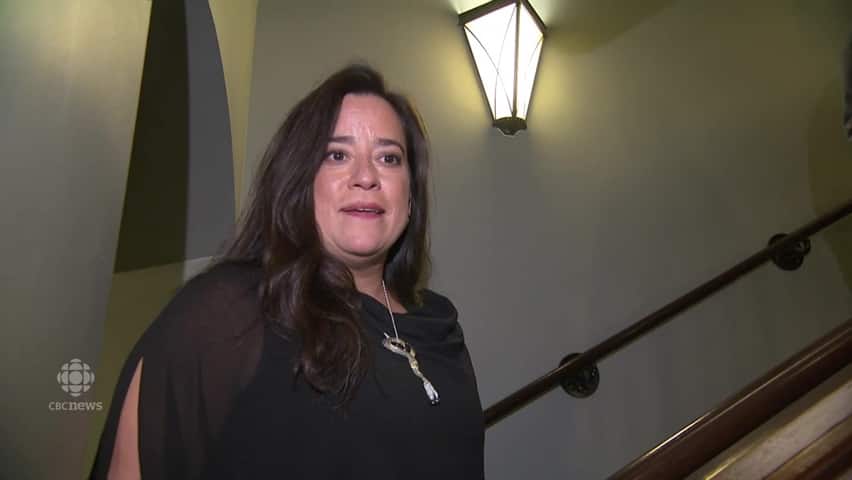 Wilson-Raybould declined today to talk about details of any behind-the-scenes discussions, noting that the waiver of cabinet confidence does not apply to the time after she was moved from the justice and attorney general portfolio.

But she said he would have liked to hear Trudeau say he's sorry.

"I would have liked, all along, to have the prime minister come forward and accept some responsibility. and to apologize to Canadians for what happened," she said on her way in to the House of Commons today.

Conservative Leader Andrew Scheer said he doesn't put much faith in what Liberals leak about internal dynamics, arguing Wilson-Raybould was only trying to preserve judicial independence.

"This is about preserving the integrity of our justice system, and what the prime minister is trying to do would have undermined the rule of law. I see that as her attempt to ensure that didn't happen," he said.

NDP MP Charlie Angus said the latest revelations are a sign the Liberals are becoming increasingly "whiny and self-destructive."

"The Liberals keep spinning an attempt to smear these two women with increasingly ridiculous statements," he said. "The fundamental issue is there was an attempt to interfere in a legal prosecution, which would be a complete breach of the rule of law and constitutional obligations."

Minister of Democratic Institutions Karina Gould said there were "unprecedented" efforts to find a solution and keep Wilson-Raybould and Philpott on board. She found it troubling that Wilson-Raybould would complain about political interference, then attempt to direct her successor on the SNC-Lavalin file.

"That seems concerning and it seems questionable," she said. 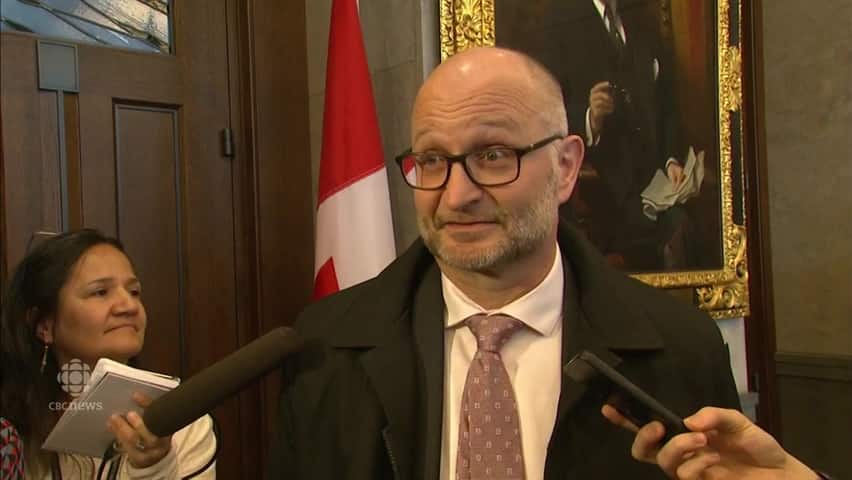 Lametti says he makes his own decisions

2 years agoVideo
0:53
Justice Minister David Lametti spoke to reporters as he arrived for QP on Thursday 0:53

Lametti would not comment today on any conversations he may or may not have had regarding the SNC-Lavalin matter, but said he has had "routine briefings" from departmental staff. As for Wilson-Raybould's request for an assurance that he would not grant a remediation agreement to SNC-Lavalin, Lametti said he will not be directed by anyone.

Read more and listen to the full interview with The Current's Anna Maria Tremonti.