Assembly of First Nations National Chief Perry Bellegarde made an impassioned pitch to his fellow chiefs Tuesday as he looks to secure re-election as the group's leader, touting his close working relationship with the federal Liberal government.

His tenure has not been without criticism, but Bellegarde touts progress at special chiefs assembly

Assembly of First Nations National Chief Perry Bellegarde made an impassioned pitch to his fellow chiefs Tuesday as he looks to secure re-election as leader, touting a productive working relationship with the federal Liberal government.

Bellegarde will face a vote next July but jockeying has already begun for the AFN's top job as his three-year term nears its end and a campaign kicks into high gear. The 634 AFN-member chiefs will decide his fate in a ranked ballot vote. Bellegarde said the AFN's work with Ottawa has already started to "bear fruit," pointing to substantial funding commitments unveiled in the last two federal budgets.

Some $11.8 billion in new money for Indigenous programming has been committed, much of it earmarked for on-reserve infrastructure, improvements to education and health care, and an ambitious pledge to end long-term boil water advisories, among other commitments, Bellegarde said.

"In 2014, I offered you my experience, my energy, my strength, my commitment to improving the lives of our people and my demonstrated ability to get things done. We are in the midst of a tremendous opportunity to do exactly that — get things done," he said in his opening remarks at the AFN's special chiefs assembly in Ottawa this week. 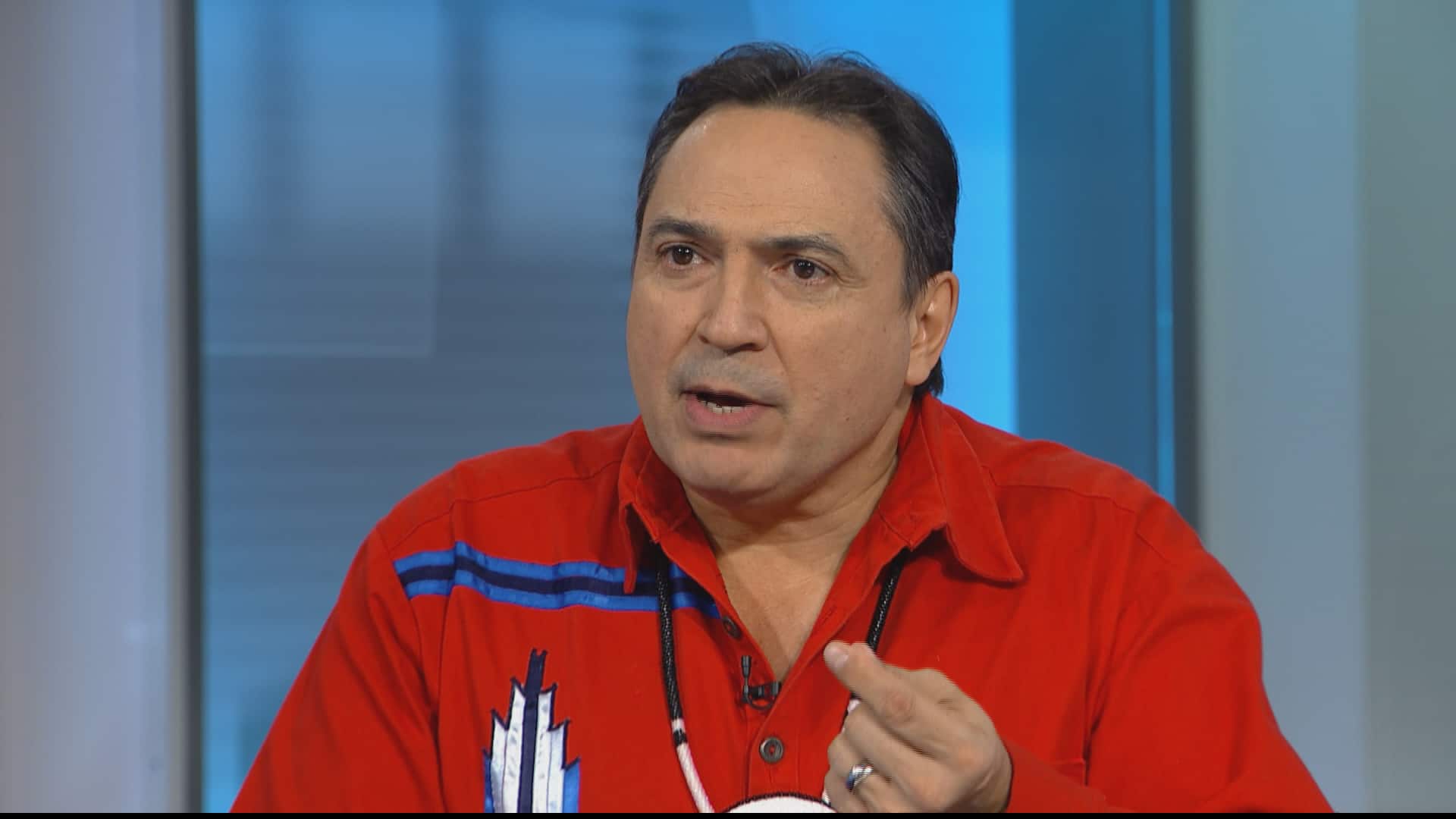 Will implementation of UNDRIP give First Nations veto power over resource projects?

3 years ago
7:34
Perry Bellegarde, National Chief of the Assembly of First Nations, weighs in 7:34

He said his "closing the gap" platform is "driving many of the changes we're seeing in Ottawa."

"This is a pivotal moment to benefit from the opportunity before us. We want a legacy that we can all be proud of ... and down the road we want to say 'we worked on this together.' We must resist our temptation to feed acrimony and division in favour of processes that unite rather than divide us."

No other would-be candidates have made their intentions known, but recent elections have featured at least a handful of contenders.

Since the 2015 federal election, Bellegarde has had a fairly symbiotic relationship with the Liberal government — he has been invited to partake in some sessions of first ministers meetings with provincial leaders, he has contributed to the government's push for an Indigenous chapter in the NAFTA renegotiations. New, yearly Crown-AFN roundtables have been established, Indigenous languages legislation is in the works and consultations on everything from treaties to a new national museum in Ottawa are at various stages of completion.

And, after some prodding by the opposition NDP, the Liberal government vowed to back a private member's bill that calls for the full implementation of the United Nations Declaration on the Rights of Indigenous Peoples, something the AFN has long demanded. Not to mention more schools have been built, and some boil water advisories have been lifted.

But Bellegarde said the relationship is still plagued by some lingering ills, namely the dire state of the child welfare system — there have been three Canadian Human Rights Tribunal compliance orders issued to push Canada to make investments in the system — and cash-strapped First Nations police forces.

"It'd be my honour to serve again if they, the chiefs, see fit in July. And my message is: We've got things moving, and we still have a lot of work to do," he said in a scrum with reporters after his speech. "I indicated, for example, the $11.8 billion for First Nations people, but I also indicated we're not happy yet because it's not flowing in the most effective manner out to our communities."

Bellegarde's tenure has not been without criticism. Indeed, some activists have branded him "pipeline Perry" for his relatively neutral stance on pipeline development. And his gifting of an eagle staff to Marc-Andre Blanchard, Canada's representative to the United Nations, was branded a "sign of surrender" by at least one chief.

Others believe Bellegarde has centralized power at the national level to the detriment of regional First Nations organizations.

In an interview with CBC News Tuesday, Arlen Dumas, the grand chief of the Assembly of Manitoba Chiefs, said he has concerns about the AFN's decision to sign a memorandum of understanding with Prime Minister Justin Trudeau.

That agreement formalized permanent, bilateral meetings with the AFN and the prime minister of day, and set out a work plan for joint priorities, including policing, implementing the Declaration on the Rights of Indigenous Peoples, and revitalizing Indigenous languages — priorities Bellegarde himself has championed.

"I would question the MOU that was signed," he said. "The issue that we have with that, regionally, from a Manitoba perspective, is that we're the political authority from the province, we're the regional authority, and those sort of communications need to come to the assembly so that we can engage and participate in a meaningful way."