The hitch in Ukraine's peacekeeping bid: Where and how to keep the peace

A UN peacekeeping force populated with Canadians may, in the estimation of Ukrainian President Petro Poroshenko, be the “shortest way” to end fighting in his troubled land, but his determination to exclude Russia could make for a long, uncertain road.

A United Nations peacekeeping force populated with Canadians may, in the estimation of Ukrainian President Petro Poroshenko, be the "shortest way" to end fighting in his troubled land, but his determination to exclude Russia could make for a long, uncertain road.

Contributing to a UN-led intervention in Ukraine's troubled, breakaway eastern districts would, on the surface, be appealing to the Liberal government.

Prime Minister Justin Trudeau said as much last Friday after he and Poroshenko met in Toronto.

It would fit with his government's "Canada is back" mantra on the international stage, and conceivably could solve the dilemma of where to fulfil the splashy Liberal pledge of delivering 600 troops and 150 police officers to UN peace support operations.

But Trudeau stopped short last week of endorsing even a generalized troop commitment.

And there is very good reason for that. 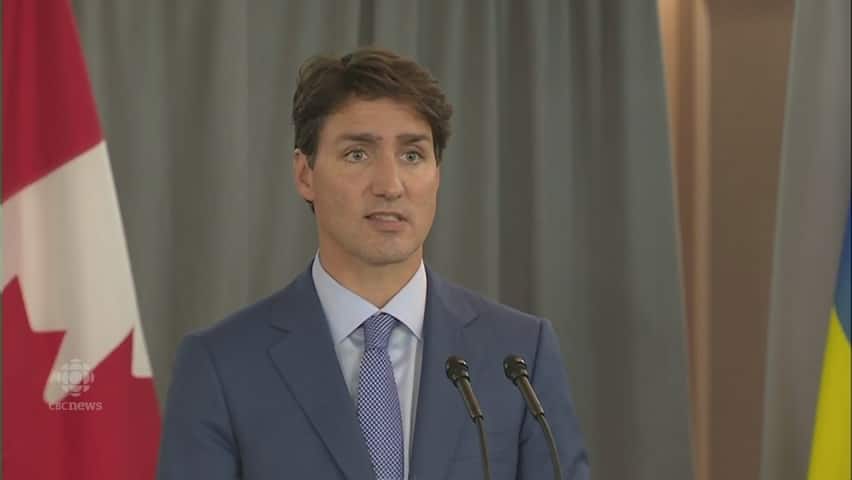 Trudeau on a possible peacekeeping mission in Ukraine

3 years ago
1:04
The PM spoke to reporters in Toronto today during a media availability with the Ukrainian President 1:04

There is precious little peace to keep, at the moment.

"It is still a hot war," said Dominique Arel, a University of Ottawa professor and the school's chair of Ukrainian Studies. "We're talking about a peacekeeping force but there is no peace right now. The front does not move but there is still a war going on."

Cooling down that hot war was supposed to be the job of the two iterations of the Minsk peace accords, the latest of which was signed in 2015.

Those accords have remained unfulfilled because each side is making demands and establishing preconditions that are unacceptable to the other.

Poroshenko, in an interview with CBC's Rosemary Barton, made sure to underscore that his country would not accept Russian involvement of any sort in a proposed UN peacekeeping force.

"This is absolutely impossible that Russia can be a part of the peacekeeping mission because Russia is on the side of the conflict," he said. "Russia is an aggressor." 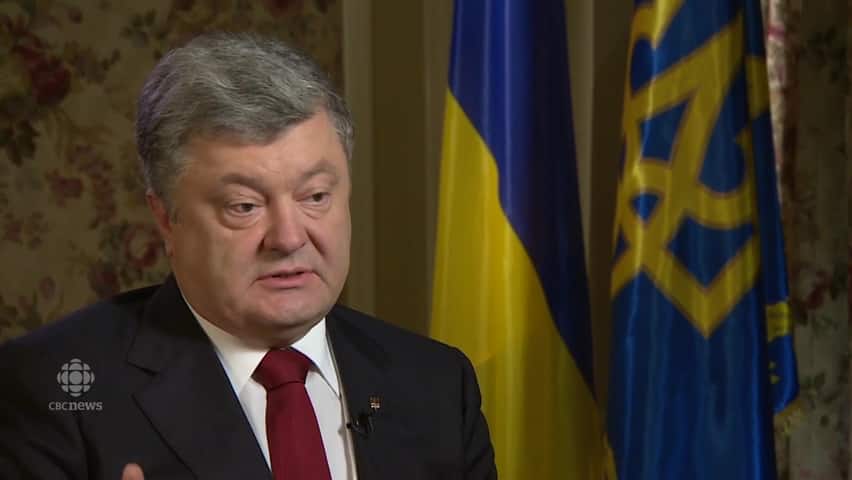 In light of the fact Russia holds a veto at the UN Security Council, Arel said the position staked out by Ukraine is not practical.

"That appears to me to be wildly unrealistic for the Ukrainian president to make these demands," Arel said. "Obviously there's going to have to be some compromise if they think it could actually pass through the Security Council. In just the hard reality of realpolitik you need to find a way to bring Russia to the table, some kind of compromise, which may be completely outside of the realm of possibility."

Even if the two sides could get past prerequisites, they have starkly different views on how the mission should be composed.

Ukraine, which holds a non-permanent seat on the Security Council, submitted a draft proposal for a deployment that calls for international troops to seal the border with Russia and safeguard the rebellious regions.

Concurrently, Moscow has introduced its own UN draft resolution for a peacekeeping force in eastern Ukraine.

Not surprisingly, Russian President Vladimir Putin set down a series of qualifications, including the participation of Russian troops along the contact line dividing Ukrainian forces from the separatists and those peacekeepers would be limited to escorting ceasefire monitors belonging to the Organization for Security and Co-operation in Europe (OSCE).

On Monday, Foreign Affairs Minister Chrystia Freeland backed Poroshenko's stand and said Russia's original proposal was "not acceptable" because it did not guarantee Ukraine's territorial integrity, nor allow for an international presence throughout the disputed regions.

She didn't elaborate on that point.

Where would peacekeepers draw the line?

"There are still competing ideas of what a peacekeeping mission in eastern Ukraine would look like," said Evan Cinq-Mars, the UN adviser at the New York-based Center for Civilians in Conflict.

"These differences of opinion would need to be sorted out before members of the UN Security Council … any blue-helmeted mission would be authorized and deployed."

Other significant questions that are equally pressing would need to be hammered out, Cinq-Mars said.

"The fact is civilians in eastern Ukraine continue to suffer and this is particularly so along the line of contact where two belligerents continue to fire artillery at one another and attack civilian populations, whether it's indiscriminately or not," he said.

"An important question that needs answering: would a UN peacekeeping mission be sent with a mandate to protect civilians?" 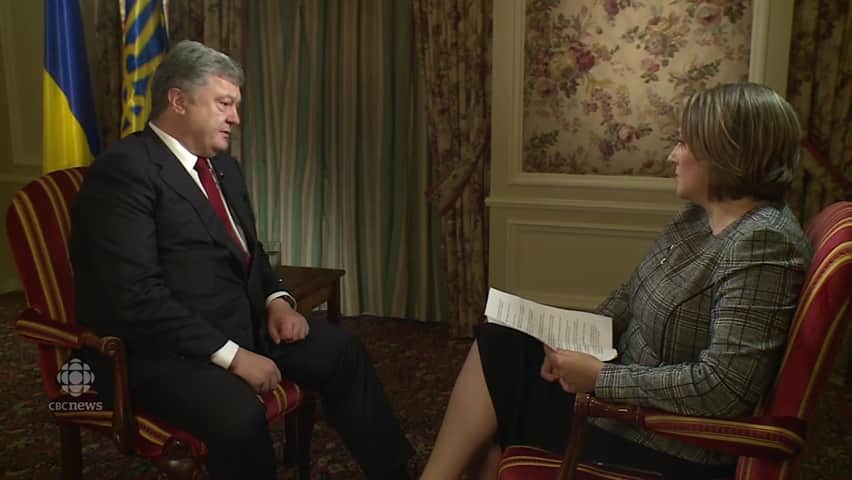 3 years ago
1:06
Ukrainian President Petro Poroshenko tells CBC's Rosemary Barton that it is “extremely important” for Canada to be part of a potential UN peacekeeping mission in the war-torn country. 1:06

There would also need to be "significant buy-in" for a UN presence from the local population in the districts — known as Oblasts— of Donetsk and Luhansk, who have felt alienated and resentful of the central government in Kyiv.

Poroshenko has been talking about a UN peacekeeping mission since 2015.

So, the question of why Russia is suddenly interested in proposing such a venture now has piqued the curiosity of observers.

Arel said there's no telling what is going through Putin's mind, but other experts suspect that American — and possibly Canadian — willingness to allow Ukraine to buy defensive weapons might have something to do with it.

Poroshenko looks at the willingness as a minor victory.

"The most important thing, is that they are ready to support this idea," he told CBC News.