Promises were made, but Justin Trudeau has yet to commit peacekeepers to UN mission

Although Canada is hosting a major peacekeeping conference this fall, the likelihood of it showing up with news of where and when Canadian troops will be deployed was thrown into question Wednesday at a federal cabinet retreat in St. John's.

'A number of UN officials have pretty much written off Canada's promise of troops,' analyst says

Although Canada is hosting a major peacekeeping conference this fall, the likelihood of it showing up with news of where and when Canadian troops will be deployed was thrown into question Wednesday at a federal cabinet retreat in St. John's.

Both Prime Minister Justin Trudeau and Defence Minister Harjit Sajjan refused to commit to defining the size and scope of a long-promised UN mission ahead of the conference in Vancouver Nov. 14-15.

Canada has been bombarded with requests for peacekeepers ever since the Liberal government declared the country was "back" on the international stage almost two years ago.

It has been over a year since Sajjan outlined a vague but ambitious proposal to commit up to 600 troops and 150 police officers to UN-mandated missions.

According to several diplomatic sources, the proposal was the price of being allowed to host this year's peacekeeping conference in November.

A decision on deployment was expected last December, but pushed off with little explanation, though the government's foreign policy agenda was hijacked with the unexpected election of Donald Trump as U.S. president.​

The Liberals left the impression Wednesday that they were still shopping for the right opportunity.

"We need to make sure we're doing it right, we're doing it in a thoughtful way, and that it's the right mission," Trudeau said after the cabinet meeting.

Although the government has riffed similar talking points in the past, Sajjan reinforced the perception it was not sold on any particular mission by emphasizing that whatever deployment is chosen the Liberals want to have "the right impact."

What is the right mission?

Defence sources have told CBC News that choosing a country where there is the prospect of a peaceful resolution for warring sides is a major consideration.

Canada wants to contribute to peace and stability and not simply "babysit a civil war" as the UN has been apt to do in the past, said the sources with direct knowledge of the file.

And among the countries reportedly under consideration, the prospects are decidedly grim.

Last spring, CBC News obtained an internal defence department list that tracks international peacekeeping requests and the kinds of support the UN and the European Union would like to see.

Mali, in West Africa, was the subject of the most number of requests for Canadian troops, police and equipment.

Myriad human rights groups, including the International Crisis Group, say conditions in that country, as well as the Central African Republic and Congo, which were also on the list, are getting worse, not better.

In the Central African Republic, the same report said: "Lasting peace is still some way off."

It doesn't look much better in Congo.

"Prospects for a peaceful transfer of power, on which the country's stability depends, look increasingly remote," said the crisis group's July 27, 2017, letter to the UN secretary general.

One of Canada's most well-known peacekeepers is willing to cut the government some slack and noted that having some kind of political conciliation plan underway in a country where the UN deploys is paramount to the success of missions.

"You don't send troops, or forces, unless you have the political process in place," said retired lieutenant-general Roméo Dallaire, who led the ill-fated 1994 UN mission during the Rwandan genocide.

At least one expert said the international community has shrugged and moved on without Canada. In the interim, Germany, the Netherlands and Britain have all, in one capacity or another, stepped into the void Canada was supposed to fill. 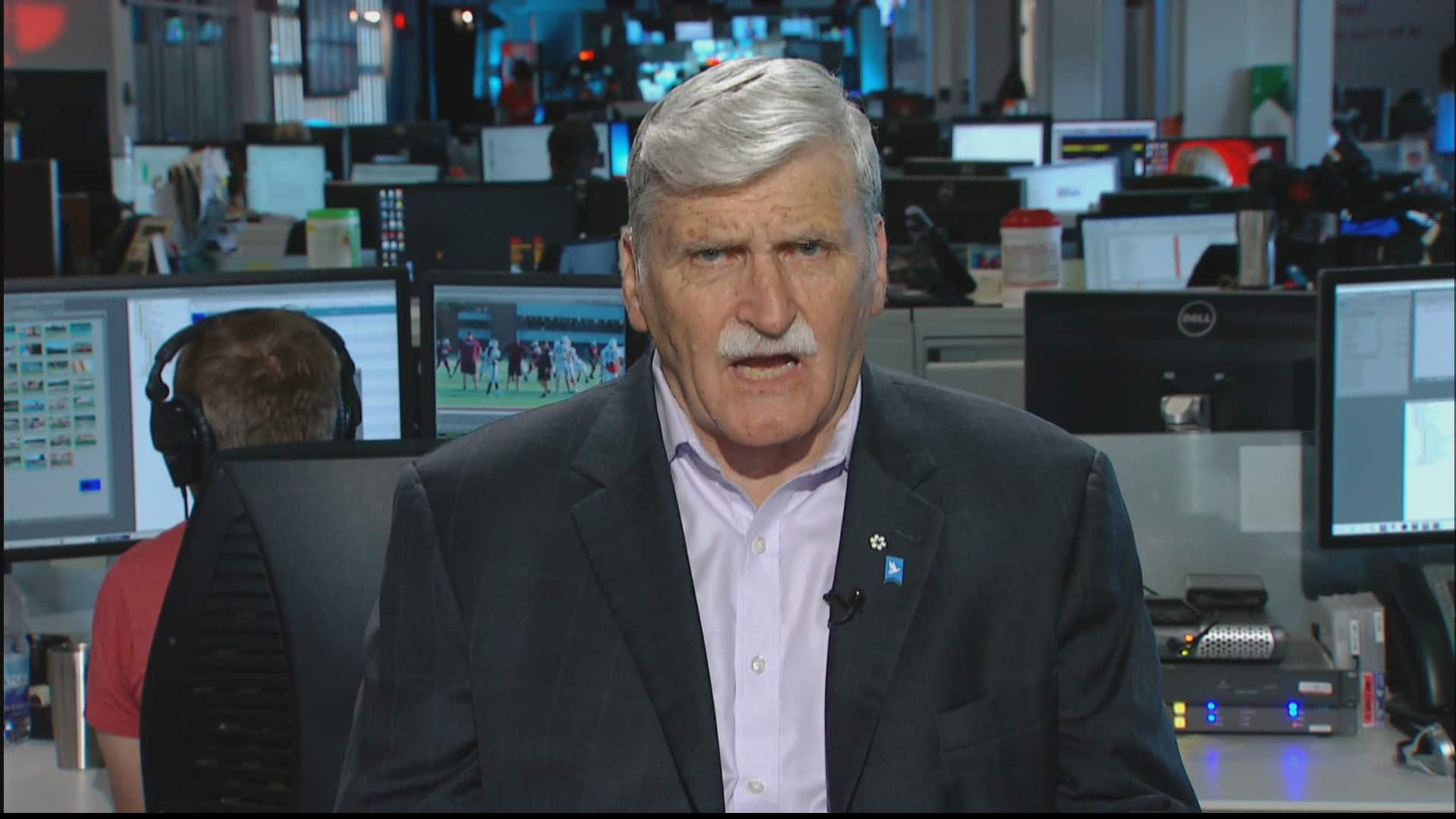 3 years ago
9:52
'Delaying it too long makes it that more difficult for the forces to prepare,' says retired general Romeo Dallaire. 9:52

"It was a mistake to make a really, really strong and a really high-profile promise of peacekeepers without knowing how to implement it far quicker than Canada has so far," said Richard Gowan, who teaches conflict resolution at Columbia University's School of International and Public Affairs.

"To be honest, a number of UN officials have pretty much written off Canada's promise of troops."

The dithering likely has not cost Canada's its shot at a UN Security Council seat down the road, but the political impact of the deployment, when it comes, won't be as great as it could have been, he said.

It will still be "very positive" to have Canadians in blue helmets, because the world body remains in urgent need of high-quality troops.

"Military leaders, political leaders in other Western countries, in particular, do understand why Ottawa would be cautious, because UN peacekeeping is not a safe enterprise anymore," said Gowan.