Government's fiscal outlook may be too optimistic, budget watchdog warns

The parliamentary budget officer says the new government's numbers are "similar," in the short-term, but as time goes on — the two views of the economy start to go their separate ways.

The parliamentary budget officer says the government's numbers are "similar" to its forecast in the short-term, but as time goes on — the two views of the economy start to differ.

"In the PBO's judgment, the government's status quo for the economy and federal budget over the medium term is optimistic," a report written by PBO staff released early Tuesday says.

When it comes to the federal budget's bottom line, the differences between the PBO's view and the outlook Finance Minister Bill Morneau revealed last month amounts to less than $1 billion next year, but grows to nearly $11 billion in 2020-21.

In 2016-17, budget officer Jean-Denis Fréchette's staff forecasts a deficit of $3 billion, compared to Morneau's $3.9-billion deficit prediction. In 2020-21, when the Finance Department is planning on a $6.6-billion surplus, the PBO sees the slump continuing and the budget being $4.2-billion in the hole.

These are "status quo" forecasts in that they do not include any policy, tax, or program changes the government may bring in between now and when these years come to pass — but they do serve as a baseline for future spending planning.

Both parties agree the effects of the oil price slump that started a year ago continue to be felt and are largely responsible for lacklustre economic growth, but differences emerge in how that affects the future. 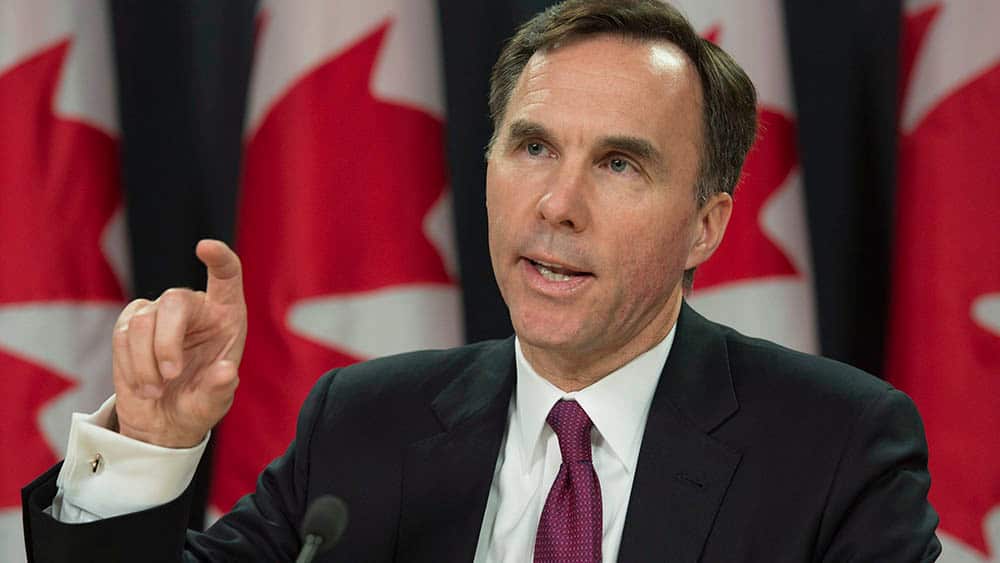 Finance minister talks about size of the federal deficit

5 years ago
2:20
Bill Morneau after just over two weeks on the job gives the government's fiscal update 2:20

In crunching the numbers, the PBO said the deficit versus surplus debate pivots almost entirely on tax revenues down the road — and suggests this is where Finance Canada's view may be too rosy.

The report notes that while the government has revised down its GDP growth in 2019-20 by 1.8 per cent, it assumes that will only shave 0.1 per cent off of its tax revenues that year.

Finance Canada justifies this discrepancy in its November update by pointing to the higher than expected tax revenues the government has brought in in the last two years and suggesting that trend will continue.

"In contrast, the PBO does not assume that higher than expected revenues carry forward over the entire forecast," the report states.

While the budget watchdog does quibble with some of the new government's assumptions, it does acknowledge that in the grand scheme of things the differences are small.