The Ontario PC party's sudden shift to strident opposition to a carbon tax threatens to further polarize an already contentious discussion about how Canada should fight climate change.

A significant new front, once thought pacified, has opened up in the debate about Canada's response to climate change.

We saw it with the four candidates for the leadership of the Ontario Progressive Conservative party — one of whom will emerge on March 10 as the leading contender to be the next premier of Canada's most populous province — taking turns Wednesday night to debate the extent of their opposition to pricing carbon.

Doug Ford insisted he was the one who really led the charge against what was, until last month, a centrepiece of the PC party's election platform.

"I can tell you right now, my friends," Ford said, "if Doug Ford didn't come out in the last debate and drag them along kicking and screaming about the carbon tax, they'd still have a carbon tax."

Tanya Granic Allen insisted that she had hated the idea of a carbon tax ever since the moment then-leader Patrick Brown embraced it in 2016.

Turns out Christine Elliott could top that.

"I have been opposed to a carbon tax since I was first elected in 2006," she said.

All four — including Caroline Mulroney, who was willing to support a carbon tax until Brown resigned — also said they would fight Prime Minister Justin Trudeau's attempt to impose a federal price on carbon.

But they were decidedly less enthusiastic when it came to explaining what they'd do instead to reduce Ontario's output of greenhouse gas emissions.

There's still time for the next leader of the Ontario PCs to settle on a plan that seriously contends with the province's contribution to climate change. The next premier also could come to concede the constitutionality of the Trudeau government's approach.

But in the meantime, the party's sudden shift to strident opposition threatens to further polarize an already heated debate over how Canada should contribute to the global fight against a warming climate. 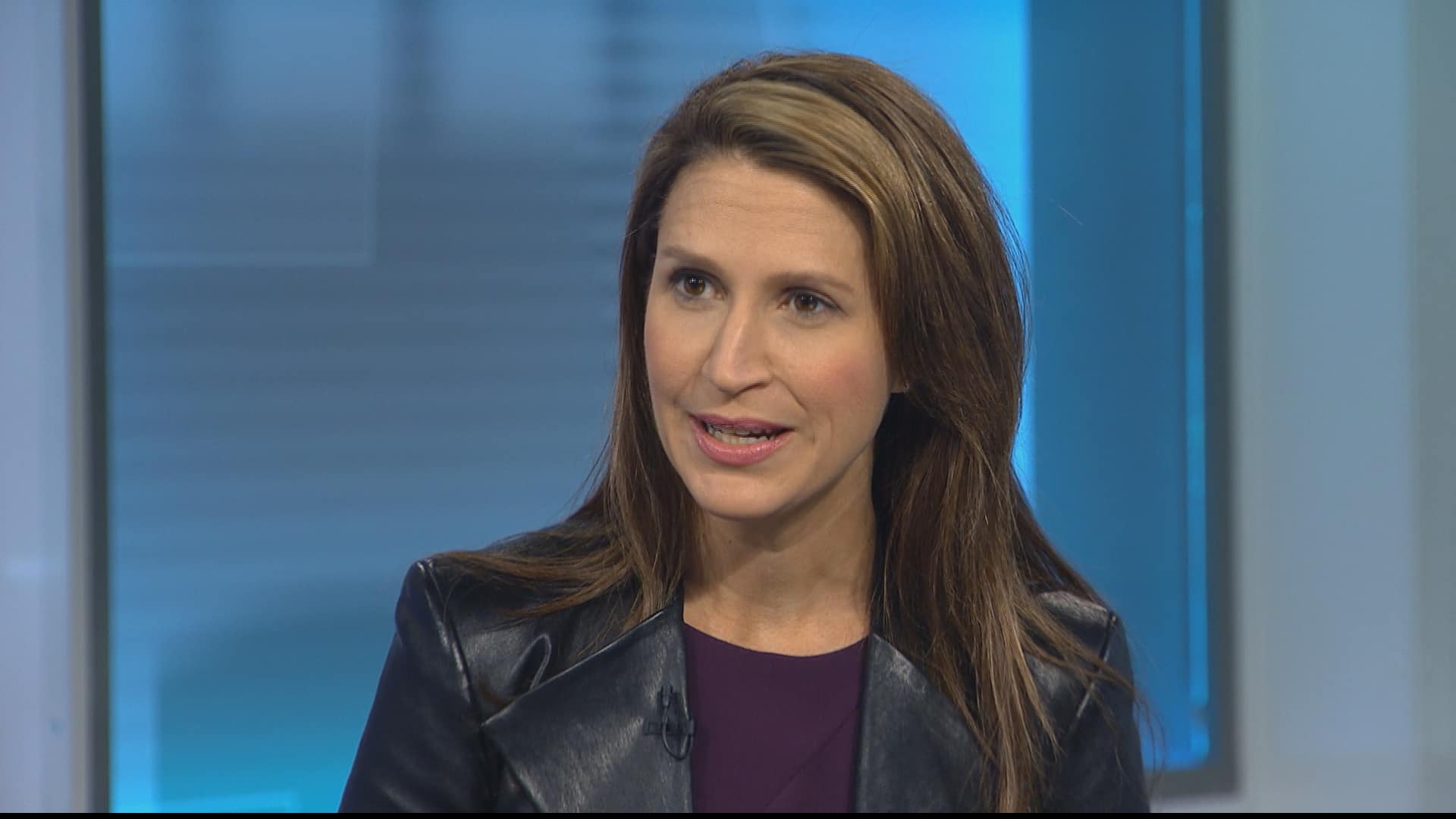 3 years ago
9:30
'The carbon tax never sat well with me,' says the Ontario PC leadership candidate. 9:30

'Climate change is a fact'

It wasn't that long ago that there was something close to unanimity among the major federal parties on pricing carbon. Yes, the Conservatives ferociously opposed Stephane Dion's carbon tax pitch in 2008, but they did so while supporting cap-and-trade, a system that puts a price on carbon.

Patrick Brown then made what could have been a notable move in March 2016.

"Climate change is a fact. It is a threat. It is man-made," he told a PC convention. "We have to do something about it, and that something includes putting a price on carbon."

Just two years later, that looks like an astounding thing for an Ontario Progressive Conservative to say.

After years of unrelenting criticism by federal Conservatives, it would hardly be surprising if members of the Ontario PC party took a generally dim view of pricing carbon. And it's the party's base that presumably is driving the four leadership candidates to speak about carbon pricing as if it were a new strain of flu. 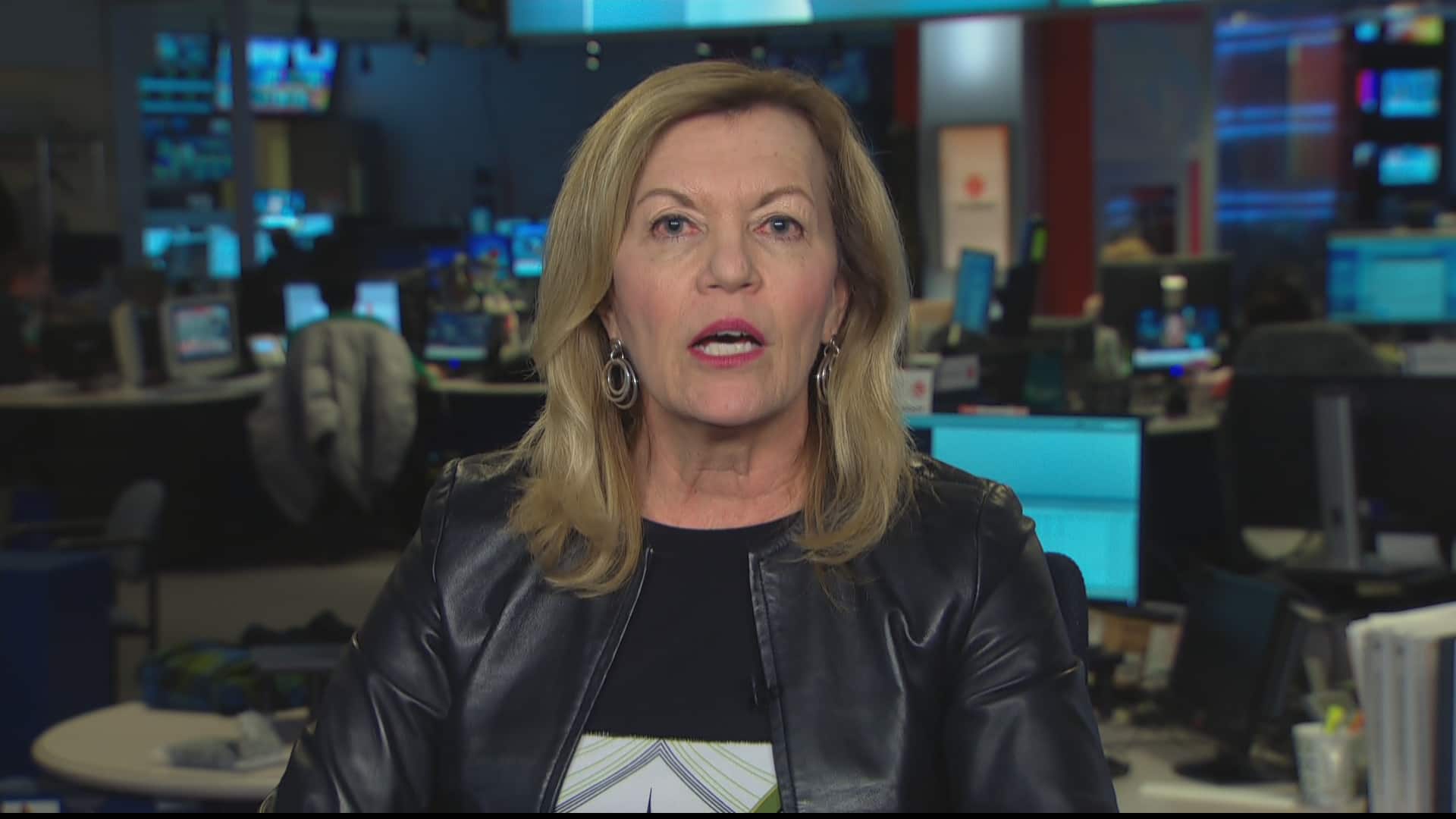 An unclear alternative to pricing carbon

But what would this front propose as an alternative to a carbon tax?

Neither Granic Allen nor Ford offered any hints on Wednesday.

"We will work proactively with businesses and industry ... to take the steps that we need to to reduce greenhouse gas emissions," Mulroney said. "We will work on developing technology with environmental innovators to make sure that we can take the necessary steps, real steps, towards making changes."

"What I would propose that we do is work with our green energy technology, work with businesses across the province, perhaps give them some incentives to reduce their greenhouse gas emissions," Elliott added.

It's not clear what any of that means. Tax credits for reducing emissions? Direct subsidies for technology?

Either policy would come with a cost, either in foregone revenue or new spending, and any leader would be challenged to explain how those options would be preferable to pricing carbon.

"Some businesses would end up getting [a] tax credit for actions they would have done anyway," said Dale Beugin of the Ecofiscal Commission. "That effect increases costs and dilutes actual emissions reduced by the policy.

"Carbon pricing doesn't have this problem."

As for subsidizing technological solutions, "governments tend not to be particularly good at identifying 'winning' technologies, so these investments in technology might not pay off, again leading to potentially high costs and low effectiveness," Beugin said.

The ramifications of Ontario obstruction

Could opposition to a carbon price become camouflage for not wanting to do much of anything to reduce emissions? For some people, it probably is already.

But recent polling suggests that not having a credible plan to reduce emissions now significantly reduces a party's chances of winning an election in Canada. And even if the Ontario PCs were to win the next election while offering only the slightest nod to climate change, they would seem to have only two prospects for avoiding a carbon price: the election of a federal Conservative government in Ottawa in 2019, or a convincing argument to defeat the federal Liberal proposal in court.

The PC government in Manitoba asked for a legal opinion on the topic last year and was told the federal government had good odds of winning any court challenge. But even without a winning legal argument, an alliance of Ontario, Alberta and Saskatchewan against the policy could still make a lot of noise.

Maybe Justin Trudeau would be happy to have that fight; a federal Liberal government once successfully pursued national medicare over the objections of premiers in Alberta and Ontario, after all. Maybe that fight would drag his government down and limit its ability to be more ambitious in the years ahead.

But either way, the downfall of Patrick Brown might now result in the unnecessary polarization of a debate that merely involves Canada's response to an existential question about the future of the planet.