Airline passengers could be entitled to hefty compensation for delays, lost bags

Canadian travellers who are bumped from a flight due to overbooking or are stuck searching for lost luggage could soon be eligible for several hundred dollars in compensation.

Canadian travellers who are bumped from flights due to overbooking, or have to deal with lost or damaged luggage, could soon be eligible for hundreds of dollars in compensation.

The compensation regime will offer smaller amounts for smaller airlines that serve northern or remote communities.

The changes are expected to result in an average price increase of about $2.75 per ticket, though it's not clear whether that will be passed on to the passenger.

Scott Streiner, chair and chief executive officer of the CTA, said the changes are comparable to the European compensation system, which is considered a global leader in passenger rights.

Transport Minister Marc Garneau officially unveiled the first version of the long-awaited air passenger bill of rights Monday morning. The details will be published in the Canada Gazette this week, and Canadians are being encouraged to submit their comments. 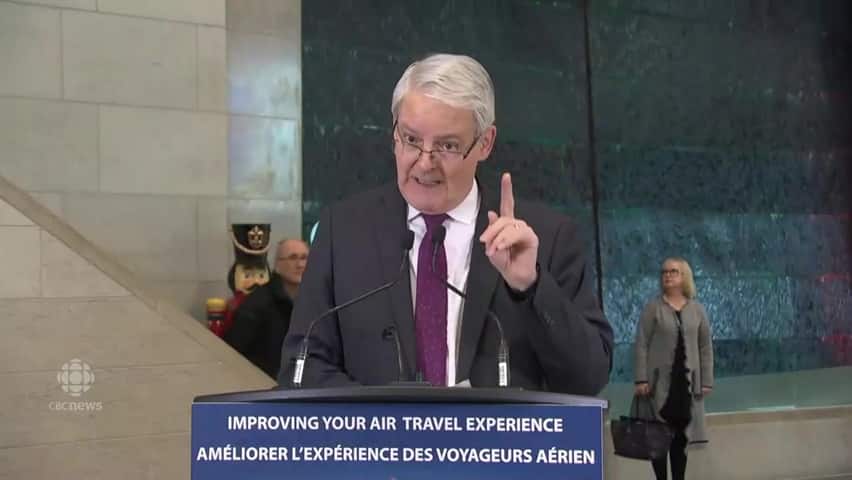 Garneau called it a "fair and balanced" approach that is clear and transparent.

"I believe it's the best passenger rights bill in the world," he said.

The draft regulations also prohibit the removal of seated passenger from a plane, except for safety reasons. They require the airline to rebook a passenger on a competitor's flight if a delay extends beyond nine hours.

The regulations will apply to all airlines flying into, out of and within Canada — something Garneau called "unique." His office said that in both the European Union and the U.S., air passenger rights do not apply to international air carriers flying into those jurisdictions.

Canadians will have two months to comment on the draft regulations. The final regulations must be approved by cabinet; Garneau said he expects the new regulations will come into force this summer.

The bill also will include regulations that allow parents to sit next to their children without having to pay a fee.

He said the proposed regulations allow airlines to keep boarded passengers on the tarmac for up to three hours, which exceeds the limit of 90 minutes some airlines have already set. They also relieve airlines of the responsibility to compensate passengers for flight delays and cancellations caused by the airline's own maintenance problems.

"The proposed regulations give airlines a carte blanche to refuse paying compensation on the basis of unverifiable claims of maintenance issues," he said in a written statement. "This is inconsistent with international standards, and perpetuates a lack of accountability for airlines."

John McKenna, president of the Air Transport Association of Canada, said he wants to scrutinize the details of the regulations once they're published later this week, but is interpreting the compensation amounts listed in the new regulations as maximums, rather than flat compensation.

He also said he doesn't yet understand how the federal government arrived at these compensation sums. He said he does expect that any additional costs will still have to be picked up by the traveller.

"Carriers are going to get insurance against this stuff. That insurance has got a price, and it's going to be passed on to the passenger, for sure," he said.

Air Canada said it is reviewing the announcement. It claims it already meets or exceeds some of the regulations proposed today.

"We will review the regulatory language which will be released on Dec. 22, and will be participating in the consultation process relating to the new regulations," said spokeswoman Isabelle Arthur in an email. 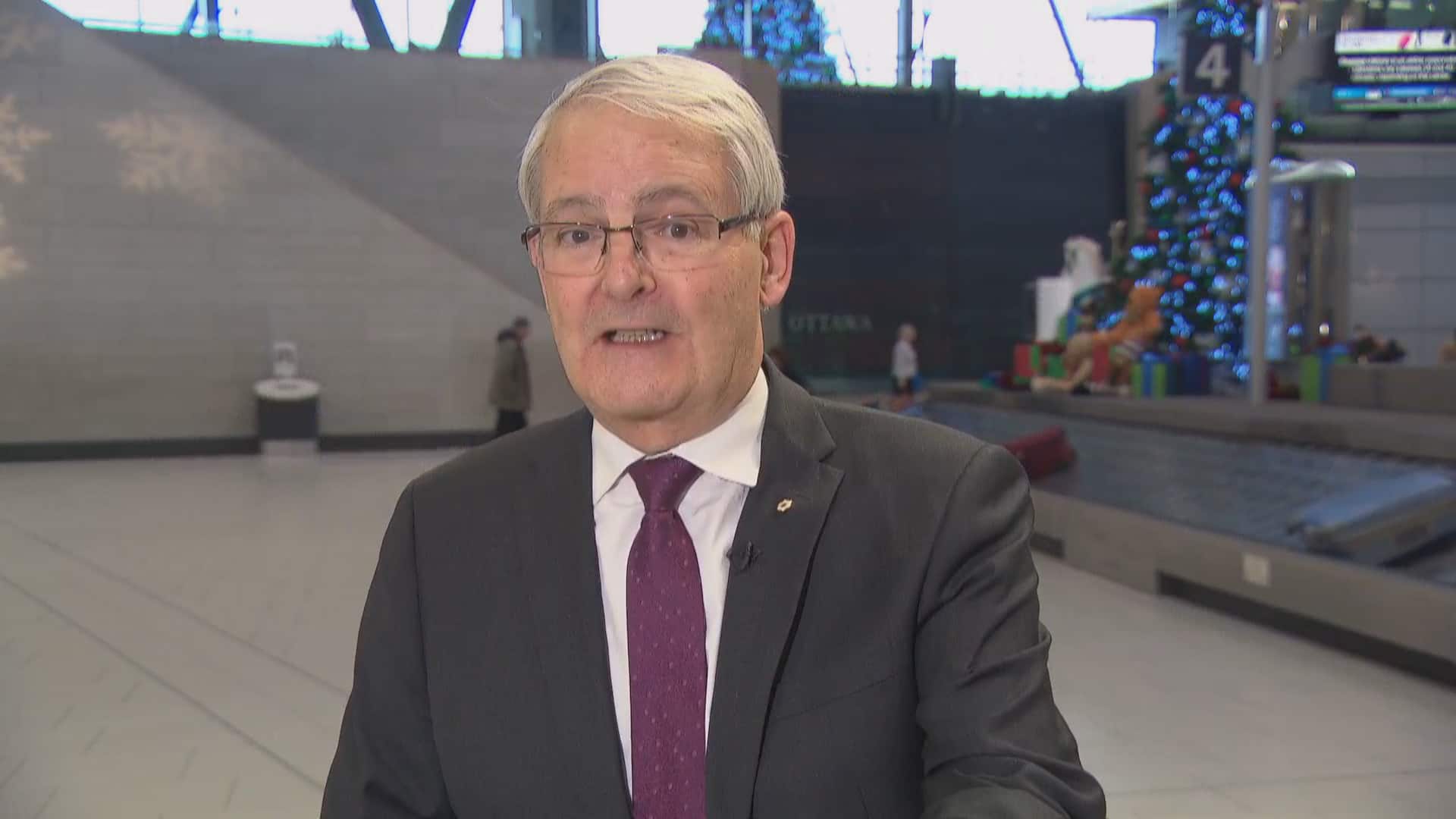 Garneau on the proposed passenger bill of rights

Under 1999's international Montreal Convention, compensation is already required for delayed or cancelled flights and lost bags — but each airline presents its own tariff regime to the CTA and there are no prescribed amounts for compensation.

Consumer groups have long complained that the CTA does little to enforce the payment of those tariffs, and that most Canadians don't understand airlines' obligations or know how to file a claim.

Earlier this year, Parliament passed Bill C-49, which allows for the passenger rights regulations — but it fell to the Canadian Transportation Agency to craft the specifics on how compensation would work.

Ian Jack is a spokesman for the Canada Automobile Association, which has been pushing the government on the issue. He said it's good that airlines will have to compensate with cash rather than food or travel vouchers — but he worries that the exemption for maintenance issues could be interpreted too broadly by airlines.

"We've been talking about it and consulting on it for years. It's time to move," he said.

With files from the CBC's Catharine Tunney