A Quebec woman suspected of sending toxin-laced envelopes to the White House and to several officials in Texas will remain in custody for now.

Quebec resident was arrested at the Peace Bridge border crossing on Sept. 20

A Quebec woman suspected of sending toxin-laced envelopes to the White House and to several officials in Texas will remain in custody for now.

Pascale Ferrier, 53, who pleaded not guilty to the charge of threatening the president, appeared in a Buffalo, N.Y., courtroom this afternoon for a detention hearing. U.S. Magistrate Judge H. Kenneth Schroeder said there is "clear and convincing material" to suggest she poses a danger to U.S. President Donald Trump and others.

Timothy Lynch, the federal attorney on the case, successfully argued that Ferrier, a dual Canadian-French citizen, shouldn't be released given the violent nature of her alleged crime and her flight risk.

According to an affidavit by an FBI bomb technician, officials intercepted a letter addressed to Trump and postmarked from Canada containing ricin at a mail sorting facility on Sept. 18.

Ricin is found naturally in castor beans and is a deadly poison. Exposure to an amount as small as a pinhead can be fatal.

According to the FBI, Ferrier wrote in the letter that she has cousins living in the U.S. and didn't want four more years of Trump as president.  She allegedly wrote that she had made a "special gift" for him and that if it didn't work, she'd find another poison recipe or use her gun.

Ferrier was arrested on at the Peace Bridge border crossing between Fort Erie, Ont., and New York State on Sept. 20. In her possession at the time were a loaded semi-automatic handgun with seven rounds, plus another 294 rounds of ammunition, pepper spray, a knife, a baton and a stun gun, said Lynch.

"She was loaded for bear, judge," he said.

Officials said Ferrier was also found with a fake Texas driver's licence bearing the name "Jane Ferrier" at the time of her arrest.

Lynch also pointed to a pre-trial service report that argued there are no conditions that would counter the risk she poses.

Ferrier's public defender, Fonda Dawn Kubiak, started her case by pointing out that her client is presumed innocent.

She also said Ferrier is well educated, with a background in engineering, and that she turned herself over at the border.

Kubiak said Ferrier's family members — particularly her son in Quebec — are willing to support her and make sure she complies with  imposed conditions.

But in the end, Judge Schroeder granted Lynch's motion detaining Ferrier and remanded her to custody while she waits for U.S. marshals to take her to Washington D.C. 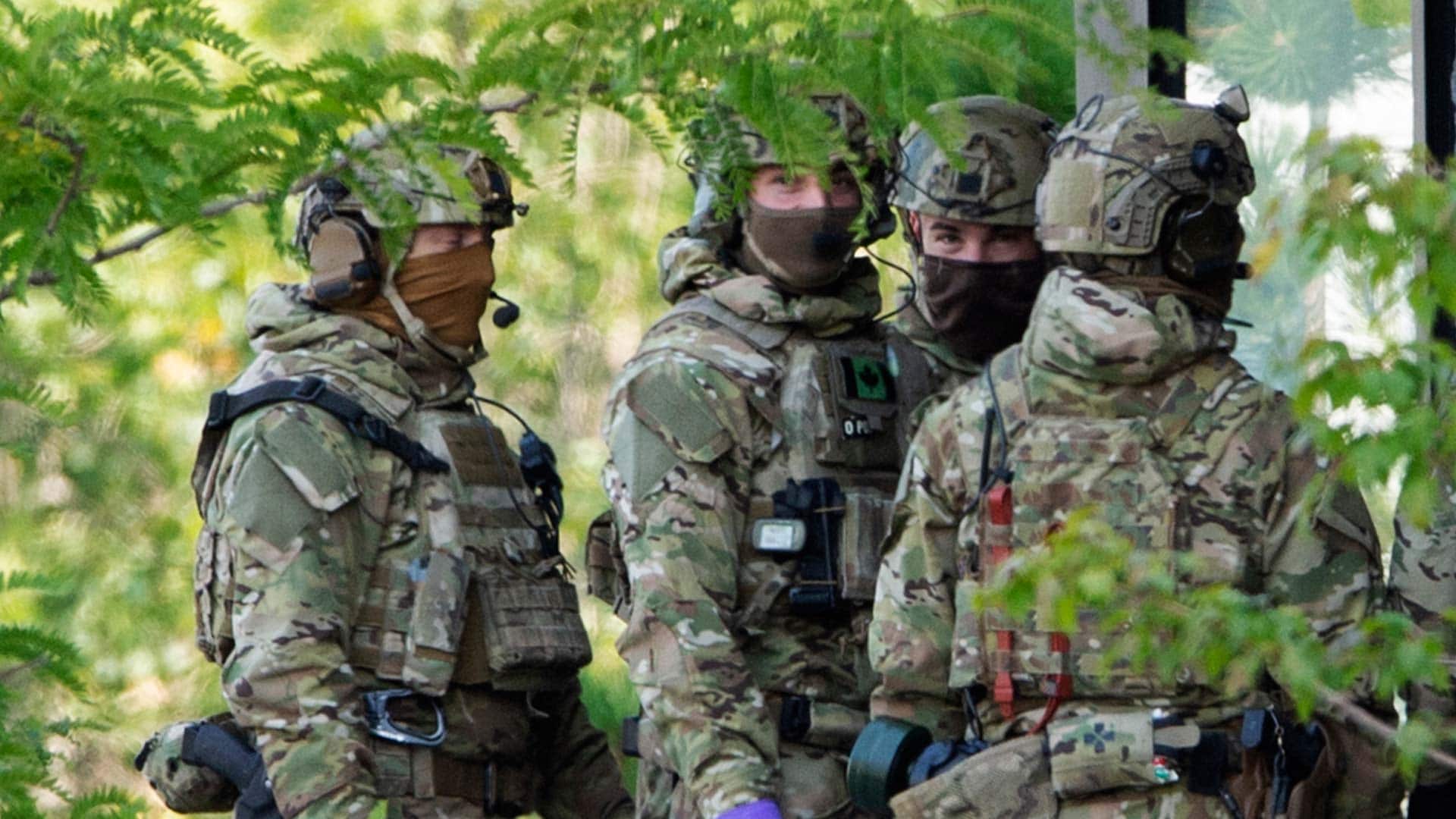 2 months agoVideo
1:50
Police in Quebec searched a condo in Longueuil, near Montreal, in connection with a Canadian woman arrested at the Canada-U.S. border suspected of sending an envelope containing ricin to U.S. President Donald Trump. Court records show the woman spent time in a Texas jail for using a fake driver's licence. 1:50

Delivering his ruling, Schroeder cited the United States' history of assassination attempts on presidents. He also pointed to the ongoing Meng Wanzhou case as an example of how long extradition cases can take.

While the letter for Trump was being investigated, the FBI was alerted to six additional letters sent to Texas addresses earlier that week, according to the affidavit.

They were addressed to officials connected to the facilities Ferrier had been housed at during a brief stint in detention back in early 2019. Those letters also contained white powder and featured threatening language similar to the letter sent to Trump, says the affidavit.

The document said four of the letters sent to San Antonio had latent fingerprints on them which matched Ferrier's prints in the FBI database,

Ferrier was arrested in Mission, Texas in March 2019 and accused of illegally carrying a firearm and holding a fake driver's licence, court records show.

She pleaded not guilty and the charge eventually was dismissed because it was her first offence. She spent 20 days in jail and, according to the affidavit, was eventually released into the care of U.S. Immigration and Customs Enforcement.