Vaccine deliveries will grind to a halt this week as a shutdown at Pfizer's plant in Belgium disrupts shipments from that company.

Conservative Leader Erin O'Toole said that while the prime minister promised a steady supply of the Pfizer-BioNTech shots in the first three months of 2021, the country's inoculation efforts are now "in jeopardy" and provinces are scrambling to meet vaccination targets.

The delivery delay is already prompting some provinces — notably Alberta and Ontario — to warn that they will have to curtail vaccination appointments in the weeks ahead as they direct the existing supplies of the two-dose Pfizer vaccine to patients who need their second shots.

"We want to see our government succeed but this prime minister has abandoned us. The Liberal plan for vaccines must be reviewed by all of Parliament. We must work together to improve the Liberal vaccine plan and get Canadians back to work," O'Toole said.

"We wish we could trust the prime minister but this situation demands Parliament's urgent attention." 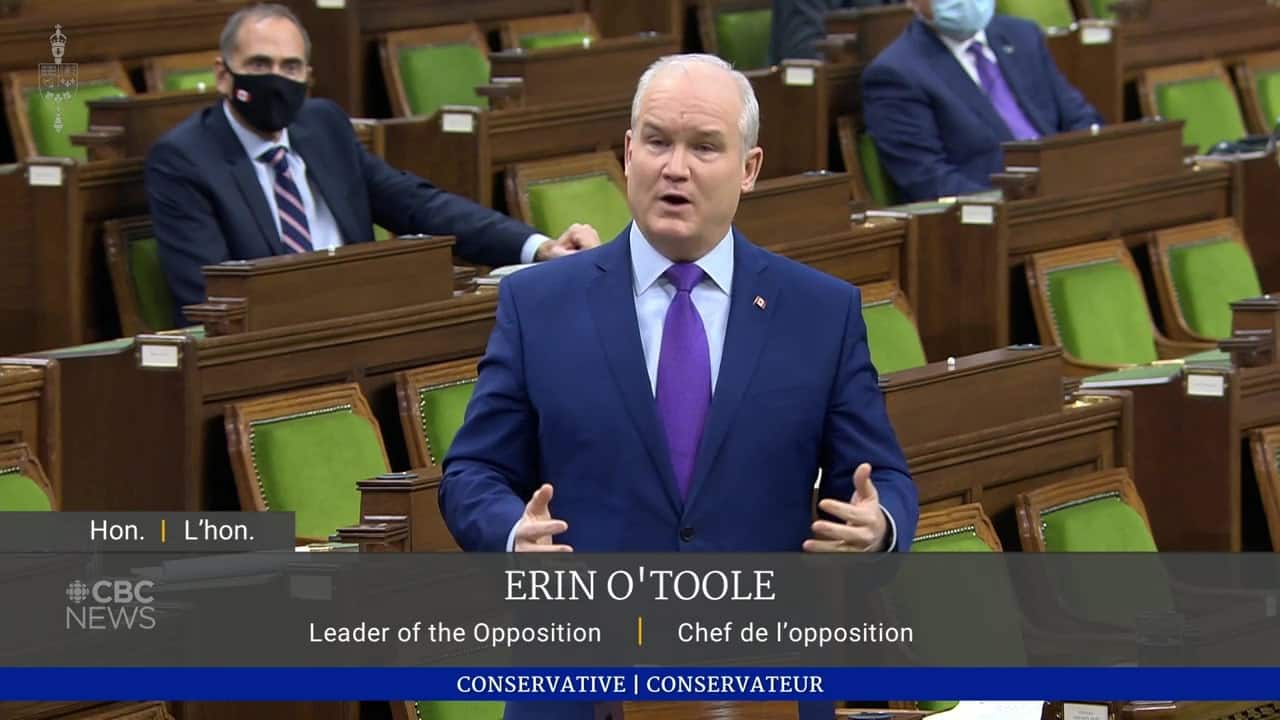 1 month ago
1:09
Opposition Leader Erin O'Toole accused the Liberals of lacking a plan to deal with COVID-19 vaccine manufacturer Pfizer. 1:09

Earlier this month, the federal government projected that 208,650 Pfizer doses would arrive this week. Instead, Canada is getting no doses at all this week — and a dramatically reduced shipment next week — as the company retools its plant to pump out many more shots this year than planned.

O'Toole said the Liberal government should have prepared for delivery disruptions like this one with a contingency plan to prevent the provinces from running dry.

Maj.-Gen. Dany Fortin, the military commander leading vaccine logistics at the Public Health Agency of Canada, has said Pfizer deliveries will be reduced by roughly 50 per cent over a four-week period — and Canada doesn't know for certain how many doses will arrive over that time period.

The Health Canada website that tracks vaccines has been scrubbed of all Pfizer delivery forecasts, citing "changes to manufacturing timelines."

"Unknown means there is no real plan," O'Toole said. "Canadians are worried. We're in the second wave of the pandemic, there's U.K. strains and this week we're receiving zero Pfizer vaccines."

Moderna, which delivers shots to Canada every three weeks, is expected to deliver roughly 230,000 doses over the first week of February.

Later in question period, Prime Minister Justin Trudeau acknowledged the "ongoing challenges" with the global supply vaccine chain but said Canada is expecting "hundreds of thousands" of Pfizer doses, some in February. He said Canada expects to have enough doses on hand this year to vaccinate every Canadian who wants a shot by the end of September. 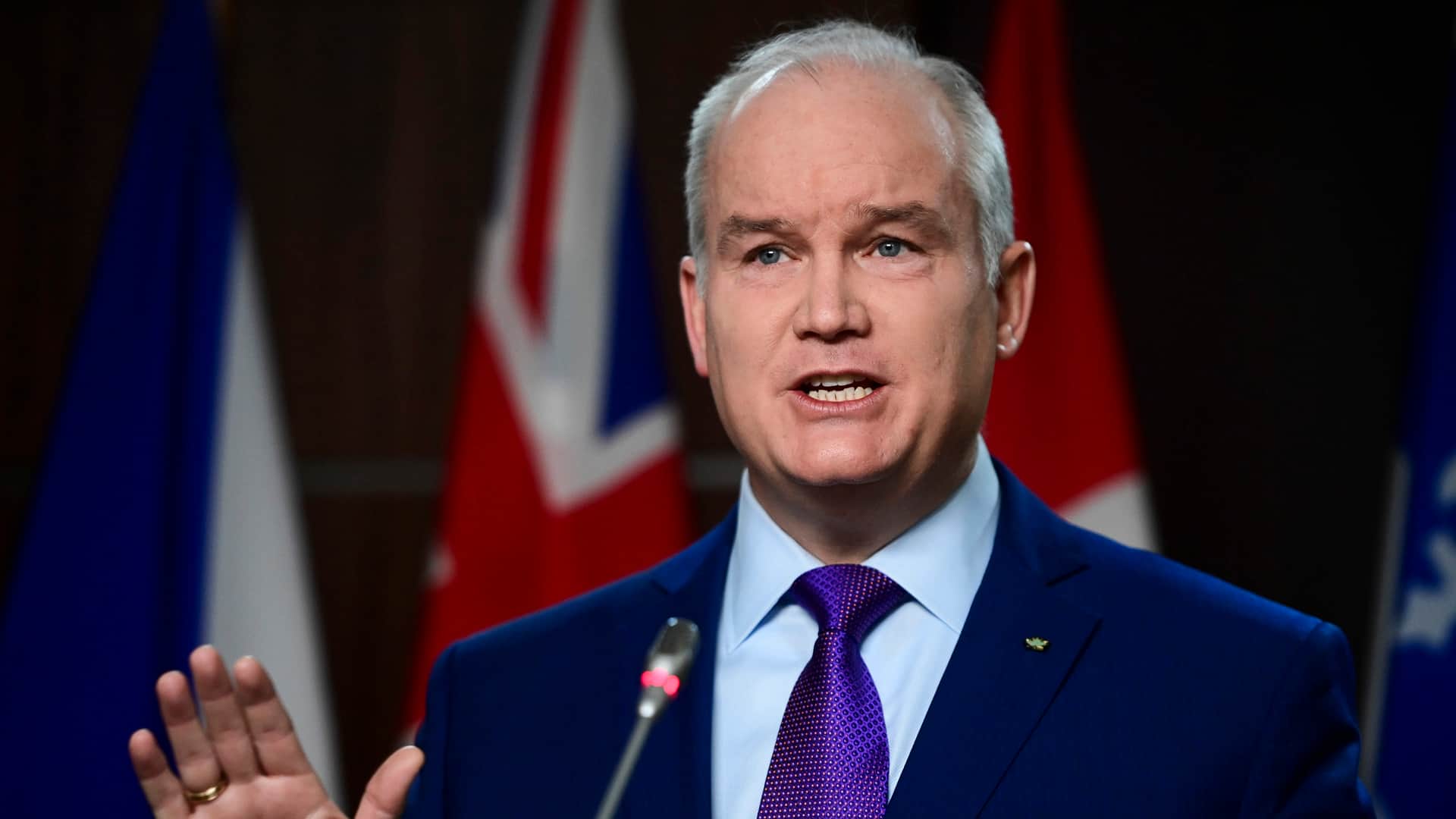 Michelle Rempel Garner, the Conservative health critic, questioned that promise, saying that Canada needs to start getting through tens of thousands of vaccinations each day to reach that target.

With only 100,000 people fully vaccinated so far, Canada would have to administer well over 200,000 shots a day for the next 248 days to fully vaccinate Canadians with the two-dose Pfizer and Moderna products.

O'Toole said the Liberal government never should have partnered with the Chinese firm CanSino Biologics to develop a vaccine — a collaboration that was derailed last summer when China refused to ship vaccine samples to Canada for clinical trial testing.

After that partnership was shelved, O'Toole said, Canada then turned to procuring promising vaccine candidates from U.S. firms like Pfizer and Moderna.

Public Services and Procurement Minister Anita Anand has disputed this version of events. Speaking to reporters in December, Anand said the CanSino deal fell within former industry minister Navdeep Bains' portfolio, not her own, and nothing about the project prevented her from negotiating with other companies.

Anand has said she started talks with the companies behind promising vaccine candidates in July — companies that were recommended by the COVID-19 Vaccine Task Force — before Canada walked away from the ill-fated CanSino partnership in late August. Canada was among the first countries in the world to sign deals with Pfizer and Moderna.

"Engagement and negotiations with COVID-19 vaccine suppliers began in early July 2020, following the receipt of recommendations from the vaccine task force in June," a spokesperson for the minister told CBC News. 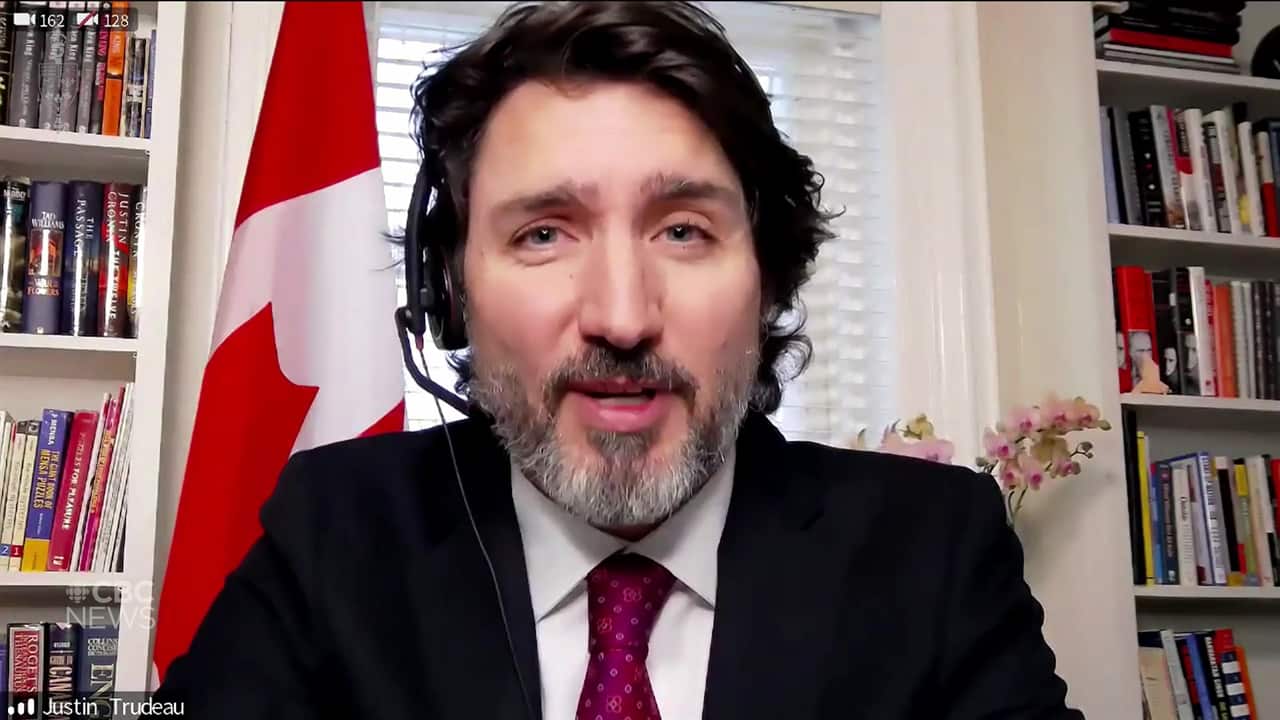 1 month ago
1:18
NDP Leader Jagmeet Singh and Prime Minister Justin Trudeau spoke during the first question period of 2021 after the Commons returned from its winter break. 1:18

Asked what he'd do to jump-start the stalled vaccination campaign, O'Toole said he would encourage Trudeau to obtain doses from the Pfizer manufacturing plant in Kalamazoo, Mich., which is not experiencing the same disruptions as the Belgian facility and is only 220 kilometres away from the Detroit-Windsor border crossing.

"There are vaccines being made not far from us, in Kalamazoo. Did the prime minister ask for the ability to have that plant used, not just rely on the retooled plant in Belgium?" O'Toole said. "There are a lot of options here, but there's never any leadership from Mr. Trudeau."

Anand has said the Michigan facility's product is earmarked for the American market in the first quarter of this year.

While there will be significant delivery disruptions over the next month, Anand has said that Canada still expects to receive 4 million doses of the Pfizer product and 2 million Moderna shots in the first three months of this year. That would be enough to vaccinate 3 million people by the end of March.

NDP Leader Jagmeet Singh pointed out that the prime minister and his office are mired in a scandal of their own making over the abrupt resignation of former governor general Julie Payette amid reports of workplace harassment.

"The focus should be on the pandemic and the struggles that we're going through. This has become a distraction," Singh said of the Payette affair. "The focus ... should be entirely on making sure people are vaccinated."