The Belgian ambassador to Canada weighed in on the Liberal government's decision to pull fighter jets from the U.S.-led bombing mission against ISIS in Iraq and Syria, pointing out that his own country is also contributing six fighters to the coalition.

Like Canada, Belgium also has six fighter jets in coalition mission against ISIS 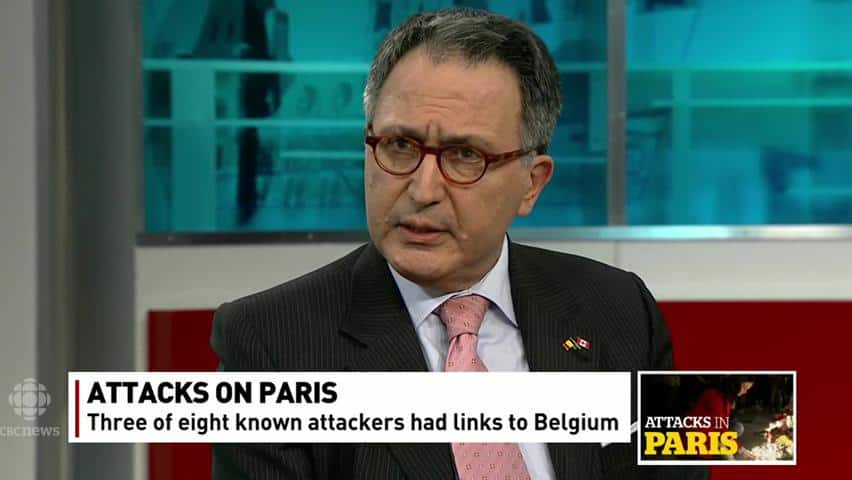 The Belgian ambassador to Canada is weighing in on the Liberal government's decision to pull its CF-18 fighter jets from the U.S.-led bombing mission against ISIS in Iraq and Syria, urging all countries in the coalition to continue their efforts to hammer the terrorist group with military force.

"By being, ourselves, part of the coalition with just six F-16 fighters we have been able to deliver," Raoul Delcorde said in an interview with Rosemary Barton on CBC News Network's Power & Politics Monday.

"We are of the opinion that even with our limited means — we should continue to do that and we would encourage our friends and allies to pursue this strategy until we resolve this issue not militarily, but diplomatically."

The country of 11 million is contributing six F-16 fighter jets operating from an air base in Jordan until at least June 2016, Delcorde said, the same number of jets Canada has in the skies over ISIS-held territory.

In the wake of the attacks on Paris, Prime Minister Justin Trudeau said in a news conference at the G20 summit in Turkey that Canada remains committed to withdrawing from the air campaign. 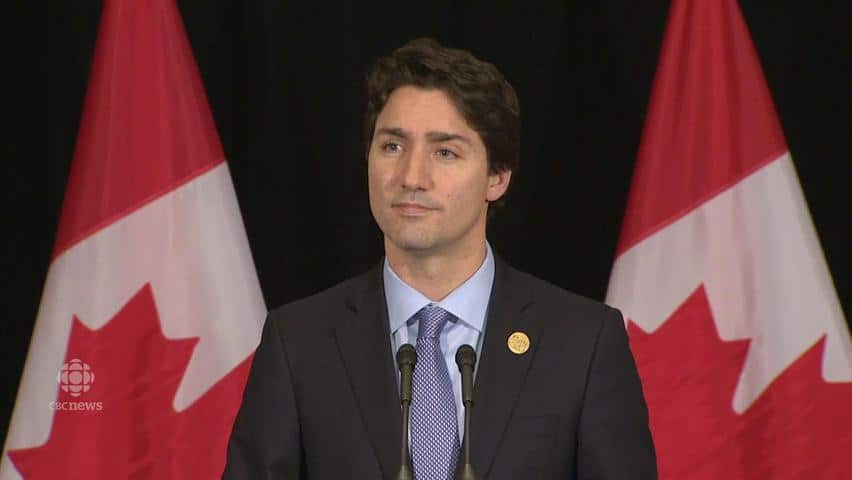 5 years agoVideo
1:43
Trudeau speaks with reporters at the end of the G20 Summit in Turkey 1:43

In its place, Canada will refocus on beefing up its efforts to train local ground troops, but there is no timeline for such a move.

Canada's decision how to proceed

On CBC Radio's Ottawa Morning Tuesday, the ambassador was asked if he was disappointed with Canada's decision to bring its fighter jets home.

"I would salute the commitment of Prime Minister Trudeau, as he mentioned yesterday, to support the coalition," he told host Robyn Bresnahan. "I leave to the wisdom of the prime minister of Canada the decision of how this support and by which means this support could be made."

Ottawa Morning10:03It's been called a breeding ground for terrorists.
And now that Belgian suburb is linked to the attacks on Paris. We ask the Belgian Ambassador how his country is dealing with the problem. 10:03

In an email to CBC News, the Belgian embassy emphasized that the overall strategy against ISIS is an integrated one that goes beyond bombing with fighter planes. Pursuing this strategy doesn't necessarily require Canada's continued support for the air war.

Although Belgium will continue to be a part of the combat mission, Delcorde emphasized Monday the desire for a diplomatic solution to the fighting in Syria and Iraq.

"We are very much hoping to really move forward in terms of a diplomatic solution to this problem with an integration of the different actors."

The Belgian ambassador also discussed the growing radicalization in his own country as Belgian Abdelhamid Abaaoud was identified as the presumed mastermind behind the attacks in Paris last Friday.

"We not only sympathize [with the French], but we're also very much involved in the situation," Delcorde said, adding that his country is focusing not just on the "repression, but prevention" of radicalism.

When asked if Friday's attacks will change how Belgium and other European countries respond to the Syrian refugee crisis, Delcorde said the two issues should not be conflated.

"The position of my government is that we should not confuse the situation of the asylum seekers and the fact that there is a risk of some kind of infiltration from a terrorist movement," he said.

"It's a big challenge — we want to help, but of course we are now, with our European Union partners, developing a very thorough monitoring process."