The Liberal government will waive the fee and waiting period for Canadians seeking a pardon for a past conviction for simple pot possession. Opposition parties aren't impressed.

The Liberal government will waive the fee and waiting period for Canadians seeking a pardon for a past conviction for simple pot possession.

Public Safety Minister Ralph Goodale announced today that the government intends to table legislation to expedite the pardon process for those with a criminal record for pot.

The fee for normal record suspensions is $631. The waiting period to apply is usually five years for a summary offence or 10 years for an indictable offence.

Goodale said it will "shed the burden and stigma" and break down barriers to jobs, education, housing or volunteer work.

But he could not give a timeframe for when someone could apply and obtain a pardon, noting that the "critical point" is getting the legislation tabled and passed in Parliament.

He said legalization represents a "fundamental transformation" of a legal regime that's been in place for over a century.

"That is not a singular event. That is a process," he said. 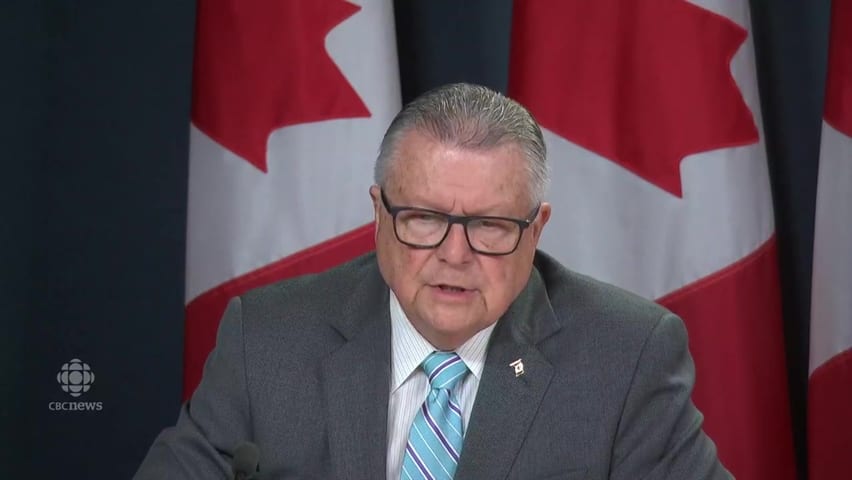 2 years ago
1:36
Public Safety Minister Ralph Goodale warns Canadians who use pot that crossing into the United States isn't a guarantee just because it's now legal in Canada. 1:36

A record suspension does not erase the fact that you were convicted of a crime, but keeps the record separate and apart from other criminal records.

The NDP is calling for the expungement of criminal records, which would erase the criminal conviction entirely.

NDP Justice critic Murray Rankin called the pardon plan a "half-baked measure" that won't remove the existing barriers the criminal record presents for travel, housing or volunteering. People who are asked on a form if they have a criminal conviction will still be required to answer "yes."

"If you call that an expungement, then you will completely solve the problem that I think will, continue to exist," he said.

Goodale said the government did not adopt that approach, because it is for cases where there has been a "profound historical injustice," such as when a charter right was violated.

If the conviction is expunged, the RCMP is to notify municipal, provincial and judicial authorities to order that all records be destroyed. 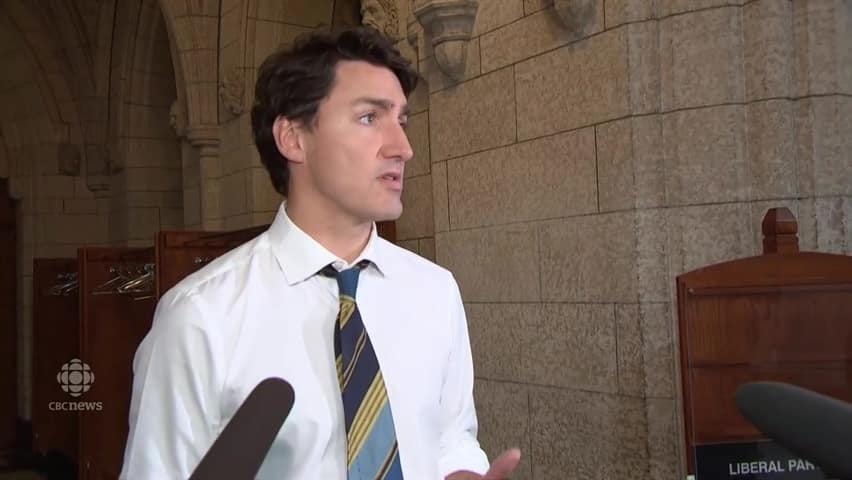 2 years ago
2:25
The Prime Minister spoke to reporters as he arrived for his weekly caucus meeting on Wednesday morning 2:25

Prime Minister Justin Trudeau said easing the pardon process will help those "unfairly" harmed by the past prohibition.

Pardon no free ticket to U.S.

"We know that, because there is a disproportionate representation of young people, from minorities and racialized communities, who are saddled with criminal convictions for simple possession as a significant further challenge to success in the job market, this is going to make a real difference to people who've been unfairly impacted by the previous regime."

A pardon, however, will not necessarily mean a person can travel to the U.S. or anywhere else in the world.

Goodale's office says entry and exit requirements are at the discretion of each country, and international jurisdictions are not bound by Canadian law. Other countries may be able to see that a pardon has been granted to a Canadian, but it does not guarantee entry to another country.

U.S. officials have already signalled that a pardon won't mean entry to the country. 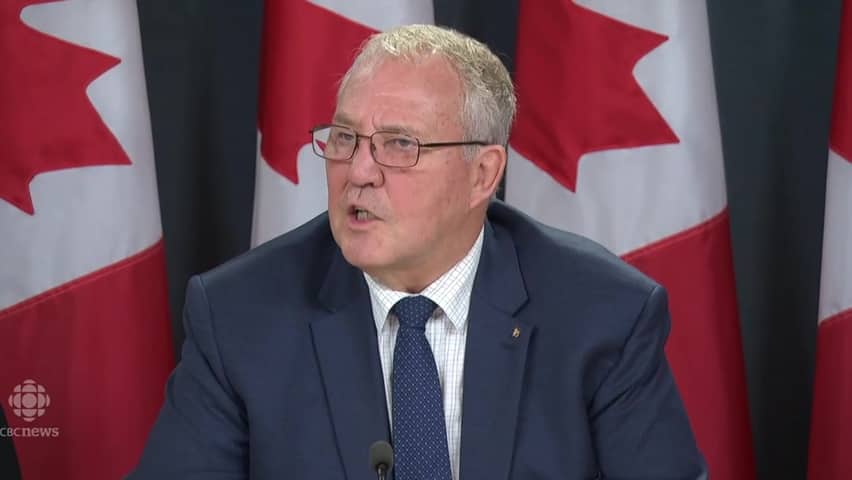 2 years ago
1:34
Minister of Border Security and Organized Crime Reduction Bill Blair says that the new cannabis legislation now means that kids aren't automatically going to be charged with a criminal offence. 1:34

"Really, we don't recognize the Canadian amnesty. If you've been the subject of a violation of U.S. laws, that will still make you inadmissible to our country," Todd Owen, the assistant commissioner of field operations at U.S. Customs and Border Protection (CBP), said in a teleconference with reporters this week.

Border Security and Organized Crime Reduction Minister Bill Blair said travellers should always be responsible and honest when seeking entry to the U.S. or any other country.

"If they feel uncomfortable and don't wish to answer the questions, they have the ability not to incriminate themselves. They can always have the option of turning around and coming back into Canada," he said.

Blair said the end to prohibition comes with a strict legal and regulatory regime that aims to keep cannabis away from minors and profits out of the hands of criminals.

"We begin the process today of replacing that illicit market," he said, noting that marijuana generated an estimated $8 billion in profits for organized crime.

"There's no question the world is watching Canada," she said.

Conservative Leader Andrew Scheer said Canadians will now get to see the consequences of a rushed move to legalize that ignored advice from medical experts.

"We're going to evaluate where the problems are. Today's day one. We're going to see how this unfolds and we're going to propose changes to the regime based on the feedback that we see," he said. 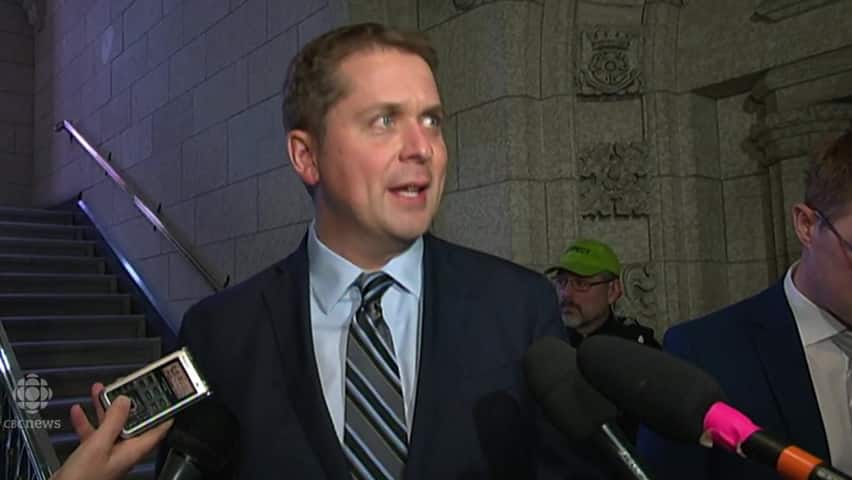 Scheer says there will be consequences

2 years ago
1:05
Conservative Leader Andrew Scheer says his party will now look at the fallout to legal pot and propose changes based on feedback from Canadians. 1:05

Conservative Health critic Marilyn Gladu accused the government of failing to consider the consequences of legalization, including road safety.

"This is a process that has been carried out in a rush and for entirely political reasons," she said.

"In order to meet a self-imposed deadline, Justin Trudeau has failed to address the very serious concerns raised by those who will have to manage the consequences of this decision."

NDP Leader Jagmeet Singh challenged Goodale's rationale for not expunging records because it's not a historical injustice.

He pointed to Regina as an example, where 40 per cent of cannabis convictions were against Indigenous persons, even though they make up only 10 per cent of the population.

Singh said pardons are not sufficient, because they will still have the effect of barring some people from travel and employment.

Goodale's spokesperson Scott Bardsley said the government acknowledges that certain communities have been disproportionately affected by the way cannabis laws have been applied, which is why it is providing free, immediate access to pardons.

"Expungement is an extraordinary measure intended to be used when the injustice is inherent in the law itself, as was the case with the prohibition of sexual activity between same-sex partners, rather than a matter of how the law is enforced," he wrote in an email.

"There's an additional consideration related to the border: If the United States has a record of your expunged conviction and denies you entry, there will be no records to retrieve while seeking a waiver to enter the U.S." 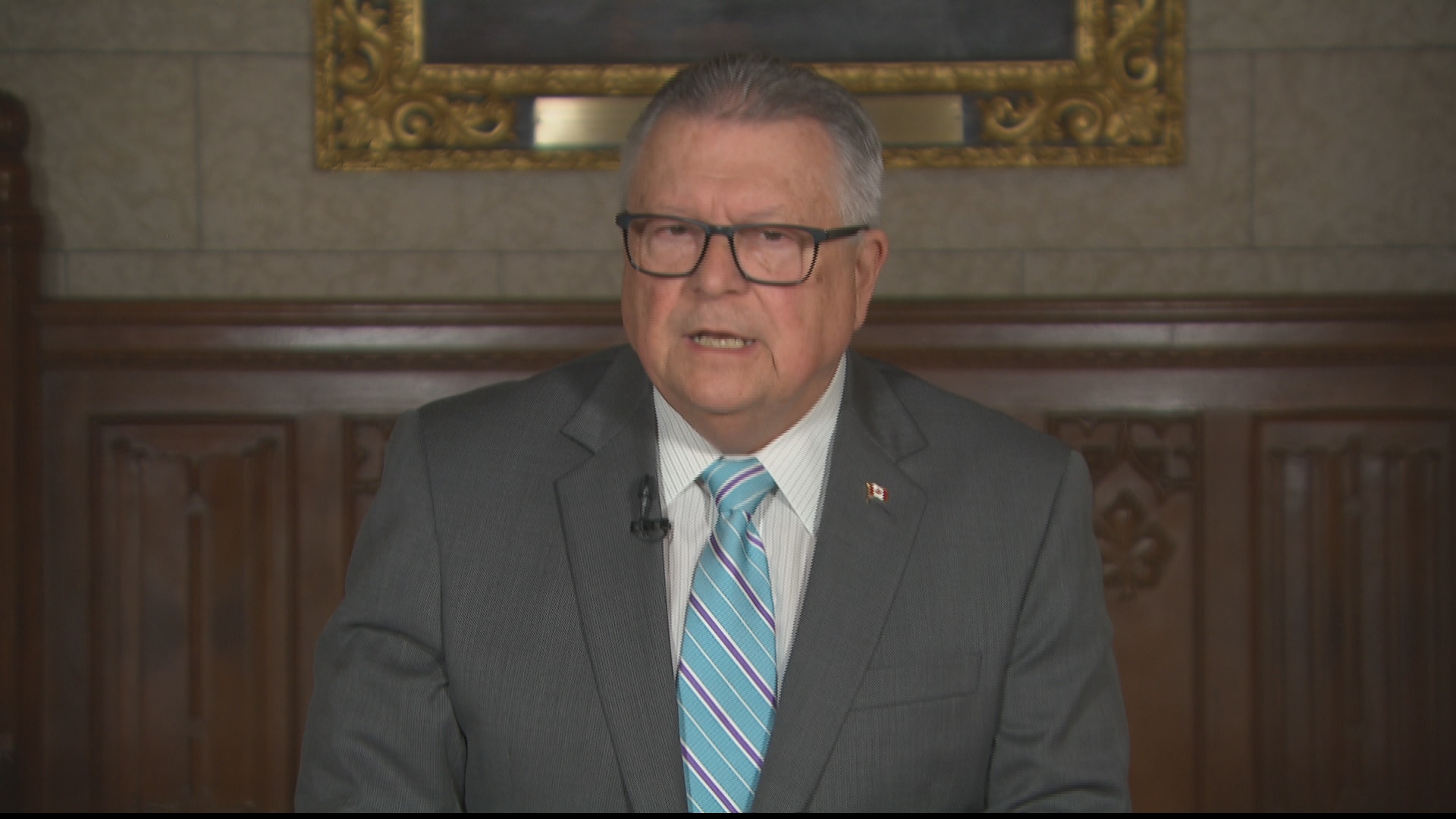 2 years ago
10:05
Public Safety Minister Ralph Goodale joined Power & Politics Wednesday to discuss the government's plan to issue pot pardons as well as how the government plans to deal with Canadians detained in Syria on suspected ties to ISIS. 10:05
CBC's Journalistic Standards and Practices|About CBC News