The federal government has decided it's not OK for the Blue Jays to play ball in Toronto during the COVID-19 pandemic.

The federal government has said it's not OK for the Blue Jays to play ball in Toronto during the COVID-19 pandemic.

Ottawa informed the team of the decision on Saturday, citing concerns over the public health risks associated with Major League Baseball's plan for a 60-game season.

Marco Mendicino, minister of immigration, refugees and citizenship, told CBC News Network that the circumstances did not warrant a border-crossing exemption, particularly in light of the amount of cross-border travel needed and the risks that remained. The plan called for the Blue Jays and visiting teams to cross the Canada-U.S. border regularly

"Look, I'm a baseball fan," Mendicino said. "But we're not taking decisions as fans. We're taking decisions on the evidence of science that we receive and protecting the health and safety of Canadians."

For weeks, senior federal officials have privately expressed concerns about the Blue Jays playing games in COVID-19 hot spots before returning to Toronto while also hosting teams from states U.S. where positive cases are growing fast.

Mendicino said the government is willing to restart plans if the Blue Jays make the playoffs and the risk of the virus spreading has diminished. 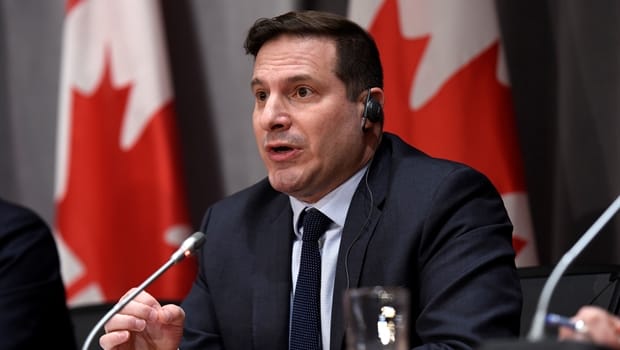 The Blue Jays are set to open their season on July 24 at Tampa Bay as Florida continues to set new daily records for COVID-19 cases.

In a statement issued Saturday afternoon, the team thanked municipal, provincial and federal leaders and public health officials "for their detailed consideration and partnership throughout this process."

"From the onset of discussions with league and government officials, the safety of the broader community — our fans —  and the team remained the priority of everyone involved, and with that, the club completely respects the federal government's decision," Mark Shapiro, the Blue Jays' president and CEO, said in the statement.

"Though our team will not be playing home games at Rogers Centre this summer, our players will take the field for the 2020 season with the same pride and passion representative of an entire nation. We cannot wait until the day comes that we can play in front of our fans again on Canadian soil." 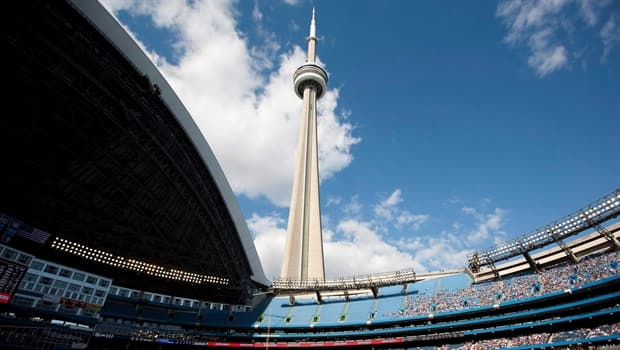 The club is in the process of finalizing the best home location for the remainder of the 2020 season and will share an update as soon as it is available, the statement said.

"This is Toronto's team and Canada's team and wherever they play, we are 100 per cent behind them and look forward to an exciting, successful 2020 season," Tory said.

Canada's deputy chief public health officer, Dr. Howard Njoo, may have foreshadowed the decision on Friday when he voiced concerns about the frequent travel at a public health briefing.

"The teams — and the Blue Jays included — would be, during the regular season, travelling back and forth across the international border. And that, I think, is an issue," Njoo said.

The rejection means the Blue Jays will have to find an alternative stadium for home games. The team's home opener is scheduled for July 29 against the Washington Nationals.

One option is to play in Sahlen Field in Buffalo, N.Y., which would eliminate the need for cross-border travel. The Blue Jays were already planning to have one of their minor league teams play there.

But the team's preference was clearly to play in Toronto. The team revised its plan for home games from an initial proposal that didn't call for a modified quarantine for players and team officials during the COVID-19 pandemic.

Njoo said the team initially wanted players to be able to live in their condos or in-season residences and be part of the community. The revised proposal mandated the Blue Jays and visiting teams stay in a hotel connected to Rogers Centre, as the Toronto club is currently doing during training camp.

Provincial approval was in place

The Ontario government gave its approval for the Blue Jays to play in Toronto under those conditions, with the province warning that the agreement would be rescinded if the protocols put in place are broken.

But because the plan would involve multiple crossings of the Canada-U.S. border, the final decision always rested with the federal government. Canada currently requires individuals to quarantine for 14 days after crossing the international border.

Ottawa has given permission for the NHL to restart its season, with 24 teams set to arrive in Toronto and Edmonton later this month. Njoo said Friday the federal government was more comfortable with the setup the NHL is using because all players and staff will be isolated from the general public, and the teams won't leave Canada until they finish play.