Prime Minister Justin Trudeau said today the federal government will do what it can to help laid-off GM workers in Oshawa "get back on their feet," while federal Innovation Minister Navdeep Bains said Ottawa stands ready to assist those workers any way it can.

'We're willing to engage ... but they've been clear about their position,' Innovation minister says

Prime Minister Justin Trudeau said today the federal government will do what it can to help laid-off GM workers in Oshawa "get back on their feet," while federal Innovation Minister Navdeep Bains said Ottawa stands ready to assist those workers any way it can.

But both federal and provincial governments are signalling there's little they can do now to save a key component of the company's Canadian operations as executives pursue a global shakeup in response to slumping auto sales.

"I talked to the president of GM last night. The first thing I said is, 'What can we do? What do we have to do?'" Ontario Premier Doug Ford told reporters this morning. "And he said, 'The ship has already left the dock.'"

The union representing the plant's workers, Unifor — the successor to the now-defunct Canadian Auto Workers — vowed to "fight like hell" to keep the plant open beyond 2019, despite GM's push to streamline its operations and focus its capital spending on developing electric and autonomous​ vehicles elsewhere.

Both Bains and Premier Ford seemed resigned to the plant's closure Monday. When asked if there was anything the federal government could do to convince the Detroit-based automaker to shift production of another vehicle to the factory, Bains said the closure is part of a larger "global restructuring plan" that will see similar facilities in Michigan and Ohio close.

"We're willing to engage and work with them but they've been clear about their position," Bains, the government's lead on the automotive file, told reporters in the foyer of the House of Commons this morning. "We're very, very disappointed with the news ... Personally, I'm very, very hurt by this. To see this plant close is devastating." 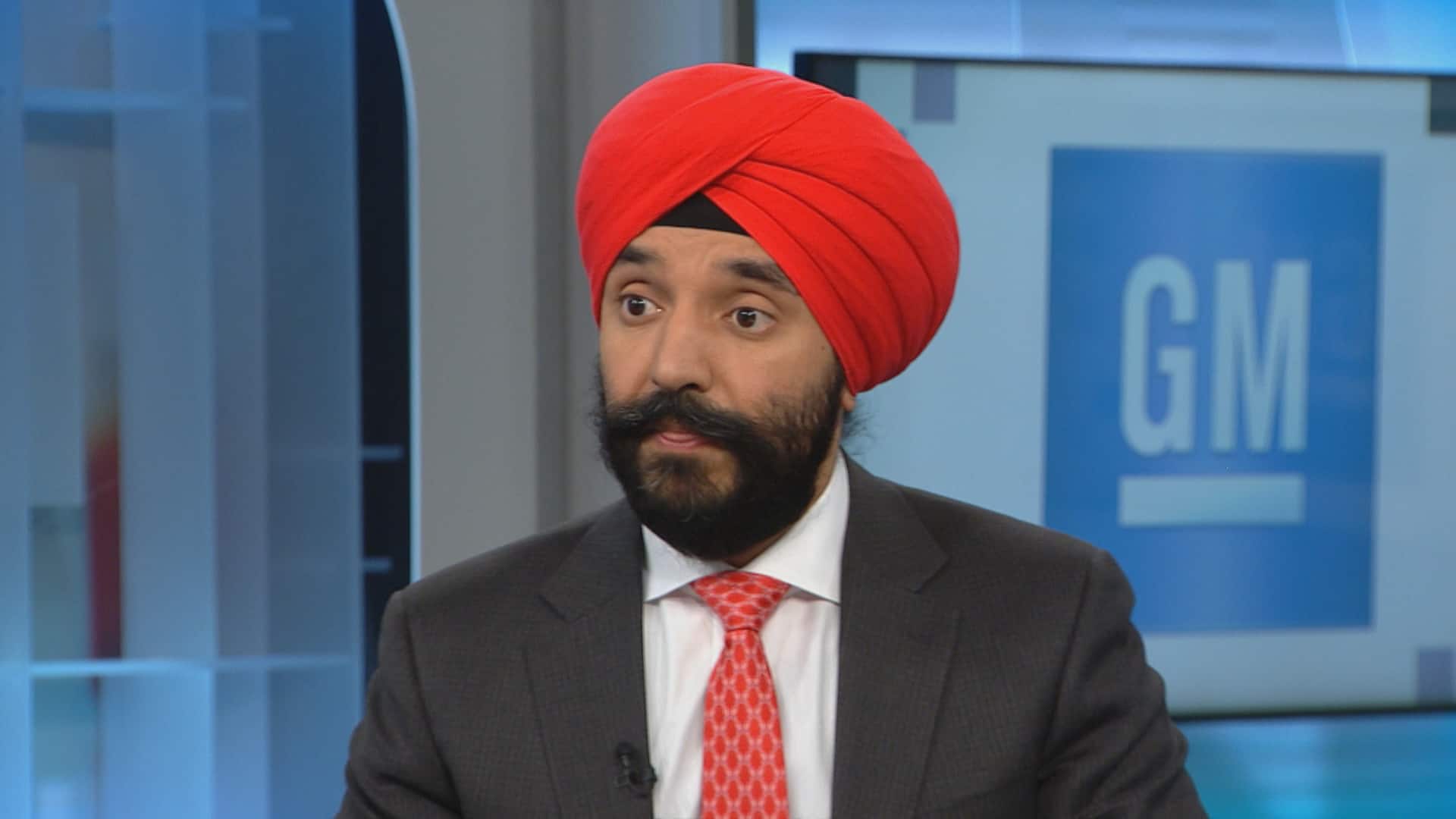 GM confirmed Monday it would close its Oshawa plant in 2019, throwing about 3,000 unionized people out of work.

The plant makes the Chevrolet Impala, a once-popular vehicle that has seen its sales crater in recent years as consumer tastes shifted away from small and midsize sedans toward bigger vehicles like pickup trucks and sport-utility vehicles.

Was the writing on the wall for GM? Watch Power & Politics' explainer 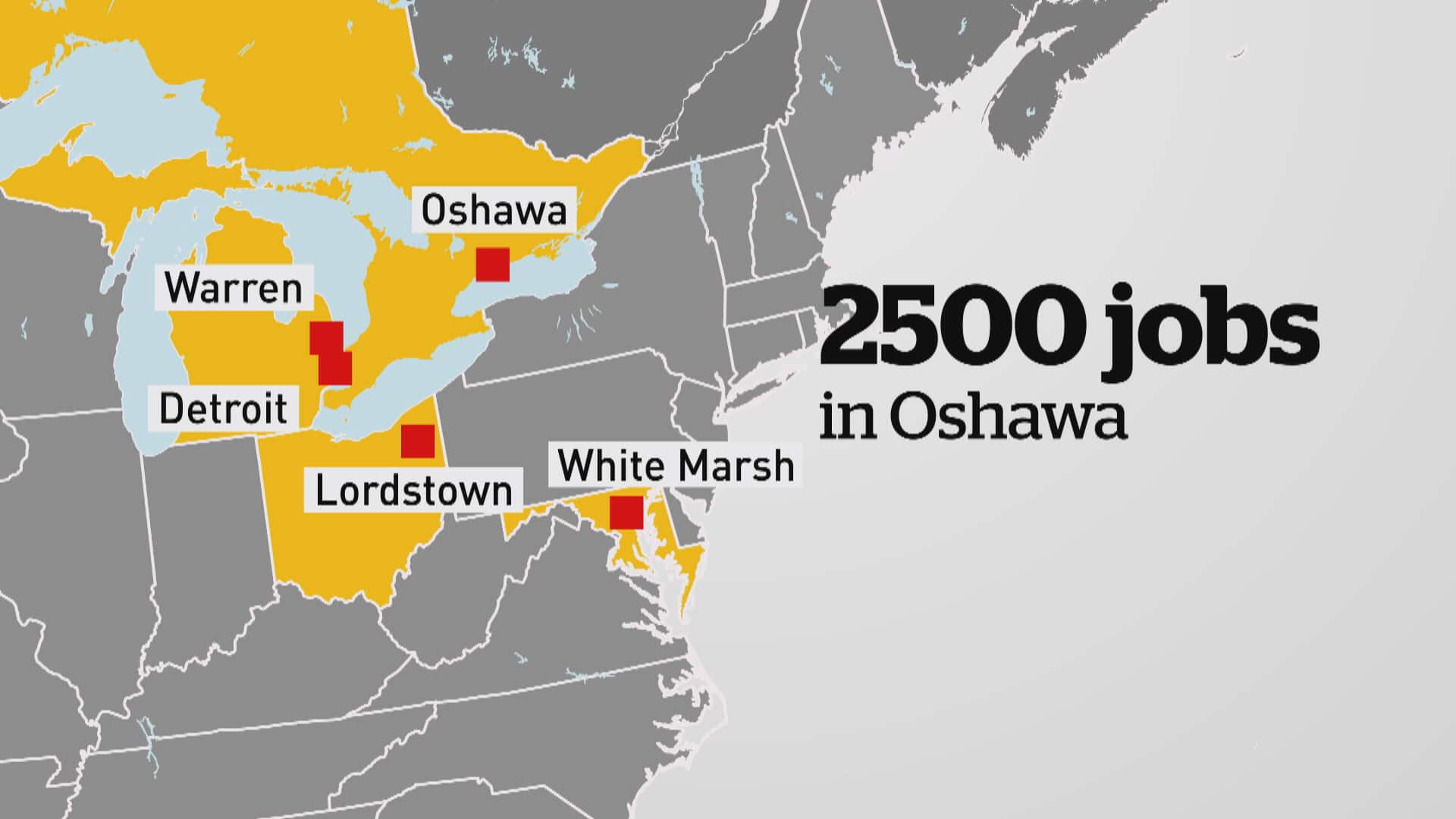 P&P Explainer: was the writing on the wall for GM?

While Premier Ford said it seems GM can't be convinced at this point to save the plant, federal Conservative Leader Andrew Scheer said the House of Commons should immediately call an emergency debate to flush out possible options for rescuing the plant.

Scheer did not offer any concrete suggestions of his own to help workers now facing unemployment in a year's time.

"What options are the government looking at to save these jobs? I want to have this emergency debate tonight so we can talk about what can be done," Scheer said. "We owe it to those workers to explore every single possible option to save these jobs and save this plant that is so important, so critical to the economy of southern Ontario and, indeed, Canada."

Trudeau said he spoke the CEO of GM, Mary Barra, to express his "deep disappointment" with the closure. Trudeau has met with Barra a number of times since assuming office. She is a board member on the Canada-United States Council for Advancement of Women Entrepreneurs and Business Leaders, a council co-developed by Trudeau and U.S. President Donald Trump.

GM workers have been part of the heart and soul of Oshawa for generations - and we’ll do everything we can to help the families affected by this news get back on their feet. Yesterday, I spoke with <a href="https://twitter.com/GM?ref_src=twsrc%5Etfw">@GM</a>’s Mary Barra to express my deep disappointment in the closure.

Jerry Dias, president of ​Unifor — the union that represents workers at the plant — said the union would fight tooth and nail to bring another product to the plant to preserve jobs.

"Unifor does not accept the closure of the plant as a foregone conclusion," Dias said in a statement. "Oshawa has been in this situation before with no product on the horizon and we were able to successfully make the case for continued operations. We will vigorously fight again to maintain these good-paying auto jobs."

They aren't closing our damn plant without one hell of a fight. We're sick and tired of GM shipping all our jobs to Mexico.- Unifor National President Jerry Dias

In a speech to workers at Unifor local 222 in Oshawa Monday afternoon, Dias went further — promising a "very aggressive" response.

"They aren't closing our damn plant without one hell of a fight. We're sick and tired of GM shipping all our jobs to Mexico. Look at what they've done to the manufacturing footprint in this country," Dias said.

Dias said he would be flying to Ottawa Tuesday to meet with Trudeau. The labour leader has a friendly relationship with the federal Liberal government — he worked closely with Ottawa as it renegotiated NAFTA with the U.S. and Mexico.

Dias said Trudeau and Trump should now band together to slap "serious, serious" tariffs on cars built in Mexico.

Dias said he was "shocked" by what he characterized as Premier Ford's defeatist attitude about the plant's closure, saying an additional five weeks of EI is simply not a sufficient solution.

Beyond Oshawa, GM is also planning to close its operation in Lordstown, Ohio — which makes the Chevrolet Cruze compact — the Detroit-Hamtramck plant, where the Chevrolet Volt, Buick LaCrosse and Cadillac CT6 are produced, and two other transmission plants in the U.S.

While the Oshawa operation is a shell of its former self following decades of cuts, Bains conceded the closure will be "incredibly devastating" to the local community.

The closure will reverberate far beyond those municipal borders, as many other Canadian auto part suppliers feed the plant in southern Ontario.

Bains said the government remains committed to supporting the larger automotive sector, which employs 500,000 Canadians directly and indirectly. He said companies in the industrial and technology sectors could continue to tap the Strategic Innovation Fund for government supports.