Transport Minister Marc Garneau says the federal Liberal government is "very concerned" about growing anti-pipeline protests that are crippling parts of the country's transport network, including one of the country's main rail arteries in southern Ontario.

Transport Minister Marc Garneau says the federal Liberal government is "very concerned" about growing anti-pipeline protests that are crippling parts of the country's transport network, including one of the main rail arteries in southern Ontario.

J.J. Ruest, the president and CEO of CN Rail, said in a statement Tuesday the railway has no choice but to temporarily shutter "significant" parts of its network because blockades by Indigenous protesters near Belleville, Ont., and New Hazelton, B.C., have made train movements in the rest of the country all but impossible.

"We are currently parking trains across our network, but due to limited available space for such, CN will have no choice but to temporarily discontinue service in key corridors unless the blockades come to an end," Ruest said.

Ruest said the protests threaten industry across the country, including the transport of food and consumer items, grain, de-icing fluid at airports, construction materials, propane to Quebec and Atlantic Canada, and natural resources like lumber, aluminum and coal.

"These blockades will have a trickledown effect on consumer goods in the next few weeks," Ruest said. 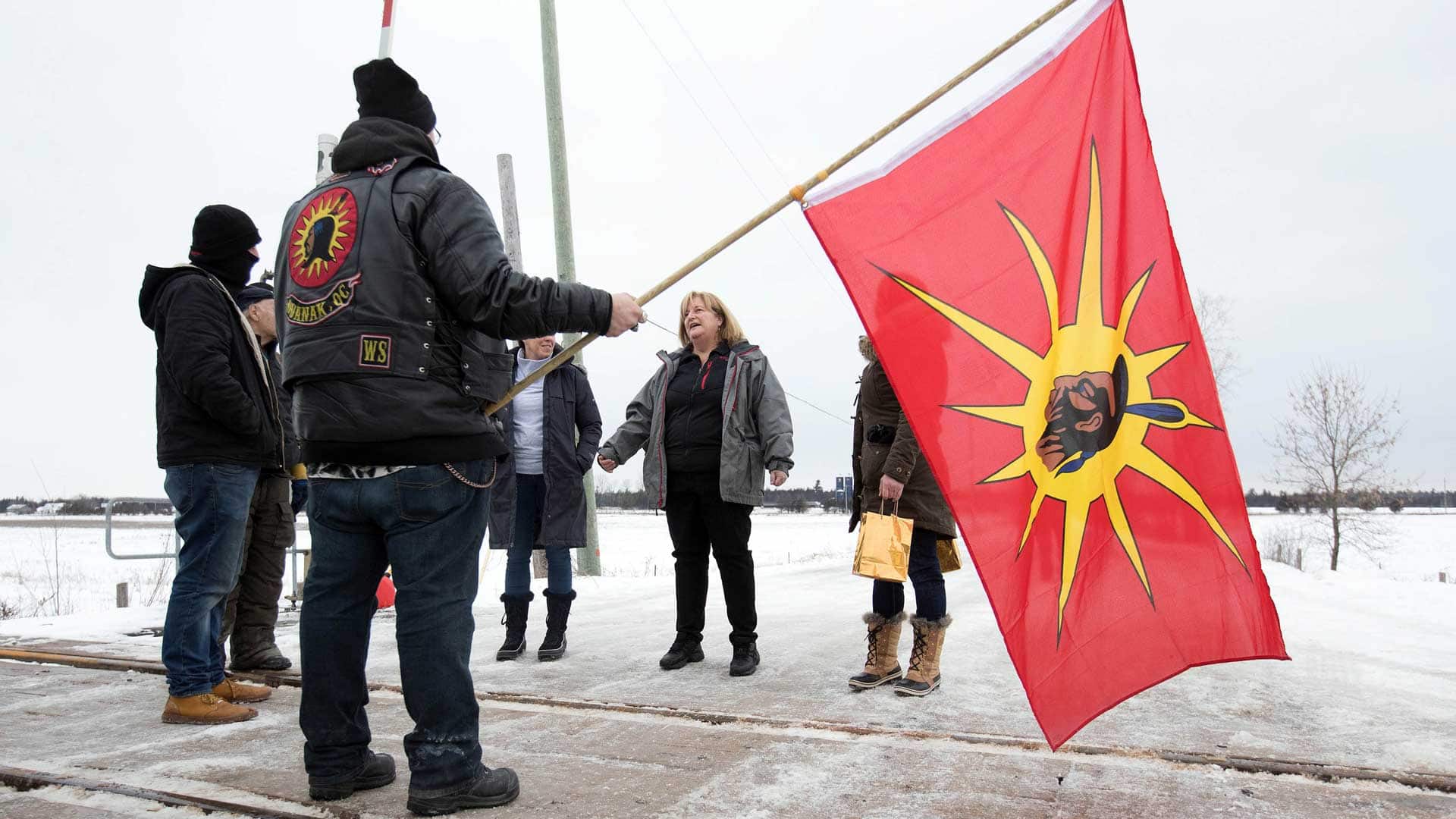 Ruest said the impact of the blockades are "being felt beyond Canada's borders and is harming the country's reputation as a stable and viable supply chain partner."

The Tyendinaga Mohawk action in southern Ontario has halted freight and passenger rail traffic since Thursday, snarling winter travel plans and the movement of Canadian exports. The Mohawks involved say they are standing in solidarity with the Wet'suwet'en hereditary chiefs who oppose the Coastal GasLink pipeline in northern B.C.

Tyendinaga Mohawk members said Tuesday they won't end their demonstration until the RCMP leaves the traditional territory of the Wet'suwet'en, where there have been numerous arrests of protesters who have been blocking an access road to the natural gas pipeline construction site.

Via Rail has had to cancel 157 scheduled trips on the Toronto-to-Montreal corridor as of 8 a.m. ET on Tuesday, leaving 24,500 passengers in the lurch.

The New Hazelton blockade has stopped traffic in and out of the Ports of Prince Rupert and Kitimat in B.C., among the country's largest, halting waterfront operations.

Shaun Stevenson, the CEO of the Port of Prince Rupert, said the shipping terminal has nothing to do with the Coastal GasLink project and yet its operations, and the thousands of First Nations people who work there, have become collateral damage to the protests.

"We have in excess of 6,000 people that rely on the Port of Prince Rupert, its operations and its modes and nodes of transportation, for their livelihood in northern B.C.," he said in an interview with CBC Radio's Daybreak North. "The economic vitality of northern B.C. depends on the port."

He said as many as 3,600 jobs — 40 per cent of the workforce is Indigenous — depend on a fully operational port.

"They're involved in every aspect of the port operations; they're entrenched in every facet," Stevenson said of Indigenous peoples. "They have ownership stakes in terminals here. First Nations operate the largest trucking company with the port ... we're hopeful that a peaceful resolution can be reached," Stevenson said.

Ruest said CN has obtained court injunctions that allow the police to remove the protesters in Ontario and B.C. so that rail traffic can resume.

Garneau said the continuing disruptions will undoubtedly damage the economy as CN moves tens of billions of dollars worth of goods over those tracks each year. 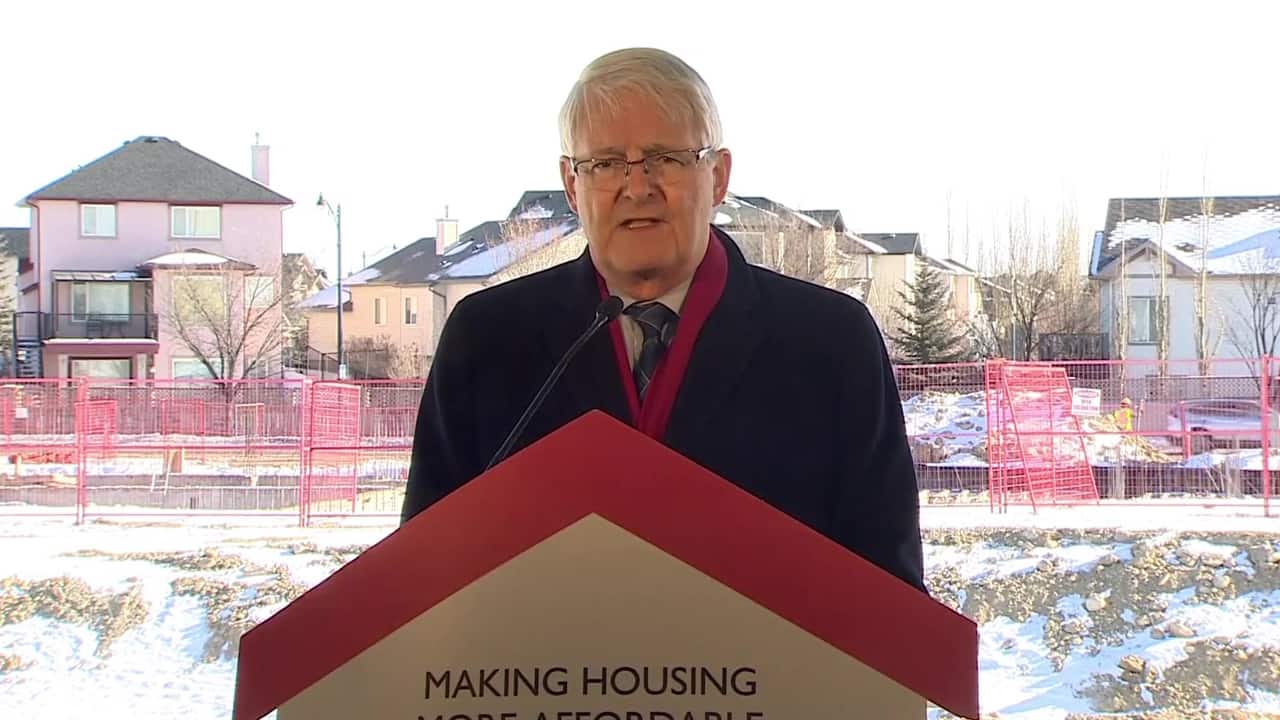 12 months agoVideo
0:44
Transport Minister Marc Garneau answers questions about the government's response to Indigenous protests across the country in support of the Wet'suwet'en people in B.C. 0:44

Beyond the economic hit, Garneau said the protests are a risk to public safety.

"It is illegal. It infringes on the railway safety act. It's dangerous to block the rails so we're very concerned about it from that point of view," Garneau said.

While concerned, Garneau said it is not for Ottawa to enforce court injunctions giving police the power to clear away Indigenous protesters. He said it is for provincial authorities to enact the removal orders — not Ottawa.

The Wetʼsuwetʼen hereditary chiefs maintain they have sole authority over 22,000 square kilometres of the nation's traditional territory, and did not give consent to the Coastal GasLink proponent, TC Energy, to build in the area.

While opposed by the hereditary chiefs, all 20 First Nations impacted by construction of the natural gas project have signed impact benefit agreements with TC Energy. The elected Indian Act band council of the Wet'suwet'en First Nation has also given the go-ahead to TC to build the project, which will employ hundreds of local Indigenous people.

The Coastal GasLink pipeline is a key component of a $40-billion LNG Canada export terminal at Kitimat, B.C., under development to ship natural gas to international markets. It is on the territory of the Haisla Nation, which supports the project.

Conservative leadership contender Erin O'Toole said the government isn't doing enough to support the police as they move to enforce the injunction against the Wet'suwet'en hereditary chiefs and their supporters camped out on the access road near the Coastal GasLink site.

He said the anti-pipeline protesters there have gone too far in their rhetoric.

"When I see people with a hashtag of 'Shutdown Canada' and signs calling the RCMP apartheid — there is a total disconnect with some people who feel that they can take protests to a stage of actually stopping people from working, stopping court orders; that's very disruptive.

"I don't think the Trudeau government has any plan to deal with it," O'Toole said in an interview with CBC's Power & Politics.