Alex Trebek and the surviving members of the Tragically Hip will receive the insignia of the Order of Canada during a ceremony at Rideau Hall Friday morning.

Band 'created a sense of what it's like to love—and live in—this country,' says Rideau Hall

After putting their music to work for more than three decades, the surviving members of the Tragically Hip received one of Canada's top honours on Friday: appointments to the Order of Canada.

Lead singer Gord Downie, who died from an incurable form of brain cancer called glioblastoma last month, received his insignia during a ceremony honouring leadership in Indigenous issues in June. 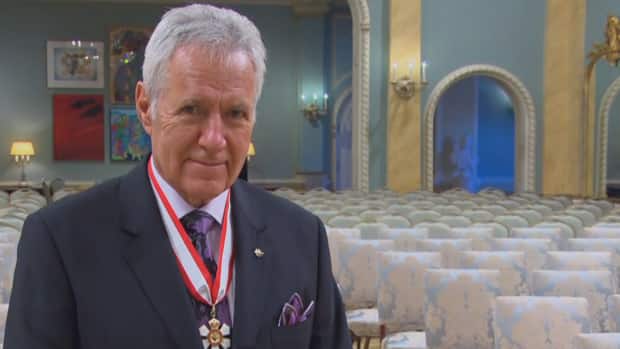 Alex Trebek on his Order of Canada honour

3 years ago
9:24
The longtime Jeopardy host talks to CBC News about receiving one of Canada's highest civilian honours, going home to Sudbury, Ont., and discovering a crack in his Walk of Fame star 9:24

"From hockey to history, the band's lyrical references to Canadian topics created a sense of what it's like to love — and live in — this country," said Rideau Hall.

It was a star-studded ceremony with longtime Jeopardy! host Alex Trebek in the crowd.

The Sudbury-born Trebek became an officer of the Order of Canada for instilling "a love of learning in millions of people around the world. Off-camera, he is a champion of geographic literacy in the United States and Canada through his work with their geographic societies."

They joined close to 40 other recipients at Rideau Hall for the ceremony. 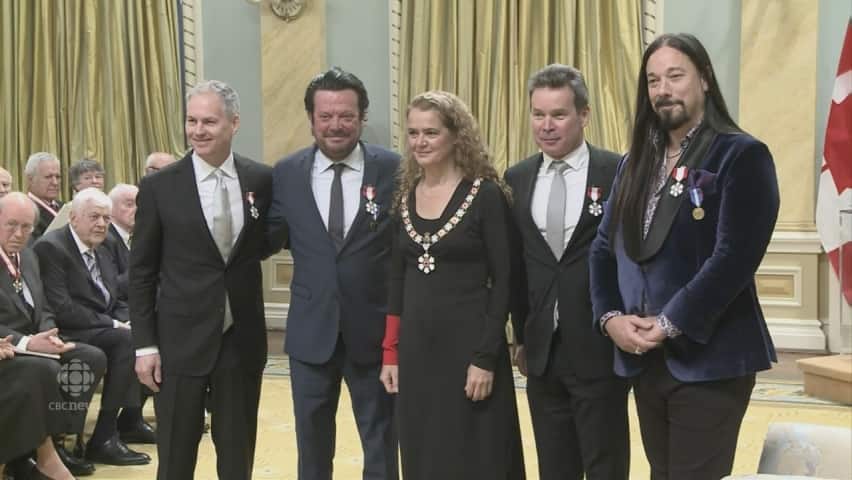 The Tragically Hip invested into the Order of Canada

3 years ago
2:43
The late Gord Downie received his medal in a previous ceremony 2:43
CBC's Journalistic Standards and Practices|About CBC News