The man tasked with coming up with Canada's marijuana law has a proposal for dealing with one of the biggest issues facing legalization — driving under the influence of pot. 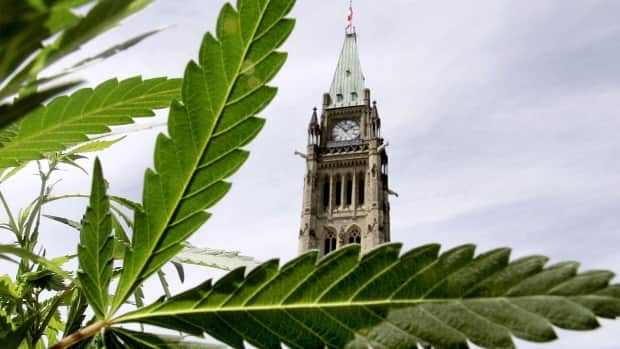 The man tasked with coming up with Canada's marijuana law has a proposal for dealing with one of the biggest issues facing legalization: prevention of driving under the influence of pot.

While police can conduct field sobriety tests if they suspect a driver is impaired by any substance, there is no established breathalyzer equivalent in roadside policing to easily detect and measure impairment when it comes to driving while high.

"The kits are currently used in Europe," Blair told CBC News in an exclusive interview.

The oral fluids drug test is conducted with a small plastic stick. When the police officer suspects a driver has smoked marijuana, the officer would take the stick and swipe it over the driver's tongue. The saliva would then be mixed with the enzymes in the device. If a red line appears three minutes later it indicates there are drugs in the driver's system. The officer would then have the right to take the driver to the station for a full evidence test.

"If a jurisdiction was to put in place a strict prohibition on using marijuana for example in driving, that could result, if there is the presence of marijuana metabolites, in the suspension of licence and seizing of a car. (That's) an immediate consequence which can have a very effective deterrent impact," said Blair.

The RCMP is in the midst of testing three different roadside devices and is about to expand the project.

"The RCMP and our other partners in this project are now looking into conducting additional testing of these devices in an operational setting to better determine whether these devices could be used by Canadian law enforcement to detect drug-impaired drivers," Sgt Harold Pfleiderer told CBC News in an email.

At least one advocate for the device argues it can be implemented immediately. Gregg Thomson's son, Stan, was killed along with four other young men in a horrific 1999 car crash east of Ottawa, in which the driver was under the influence of marijuana.

"We have an opportunity here, it's coming, we know it's part of the Liberal platform," Thomson told CBC. "Europe, Australia, already have roadside testing for drugs. We can learn from them, we don't have to reinvent the wheel, we can fast-track this."

How stoned is too stoned to drive?

Blair concedes the test does not measure the level of intoxication, it only detects the presence of THC, the main mind-altering ingredient found in the cannabis plant.

"In Canada we have not established a baseline of impairment. So we need to speak to the scientists and we need to look at the example in other jurisdictions," Blair said.

Marc Paris, executive director of the Partnership for a Drug Free Canada, said the science around what constitutes impairment from marijuana isn't robust enough to withstand criminal trials.

"I think we're in for a rough ride," Paris said.

He said limits on intoxication must be set, similar to those with alcohol. But science can't predict what the level should be for marijuana, and U.S. states that have tried to impose limits have set levels that Paris calls arbitrary.

"A .08 (blood-alcohol) limit in alcohol is ... well-known and recognized and science-based evidence. That does not exist (for marijuana)."

The 24 U.S. states that have legalized recreational or medicinal pot use have set limits ranging from zero nanograms of THC per millilitre of blood to five.

In the U.S., the American Automobile Association Foundation for Traffic Safety is concerned about using random legal limits for drug driving to determine whether a driver is impaired.

According to the foundation, "Limits for marijuana and driving are arbitrary and unsupported by science, which could result in unsafe motorists going free and others being wrongfully convicted for impaired driving."

The association reports seeing an increase in fatal crashes among drivers in Washington since the state legalized the drug in 2012.

"The percentage of drivers involved in fatal crashes who recently used marijuana more than doubled from eight to 17 per cent between 2013 and 2014," AAA research shows.

The Liberal government has promised to bring legislation forward for the legalization of marijuana by spring 2017.