As President Donald Trump declares the opioid crisis a national public health emergency in the U.S., the NDP is pushing Prime Minister Justin Trudeau's government to do the same for this country.

As President Donald Trump declares the opioid crisis a national public health emergency in the U.S., the NDP is pushing Prime Minister Justin Trudeau's government to do the same in this country.

"I have been calling for the Liberal government to declare a national public health emergency under the Emergencies Act for a better part of a year, and they have refused to do that," said Davies.

The British Columbia government issued a statement Thursday saying it appreciates the funding and efforts being made by the federal government, but that declaring a public health crisis would be useful.

"We would be encouraged by the federal government escalating their response to this national public health crisis," the statement said.

Preliminary data gathered by the Public Health Agency of Canada shows there were more than 2,800 opioid-related deaths in 2016. The agency said it expects at least 3,000 Canadians will die from opioid-related overdoses in 2017.

Davies said declaring the opioid crisis a public health emergency would allow government to get money out the door quicker.

"If you declare a public health emergency under the Emergencies Act, it allows them to flow federal funds that otherwise would go through the parliamentary process," Davies said. "They have always said it makes no difference — well it does make a difference.

"Donald Trump has beat them to the punch on this, which, I think, is a source of some embarrassment for this government," said Davies. 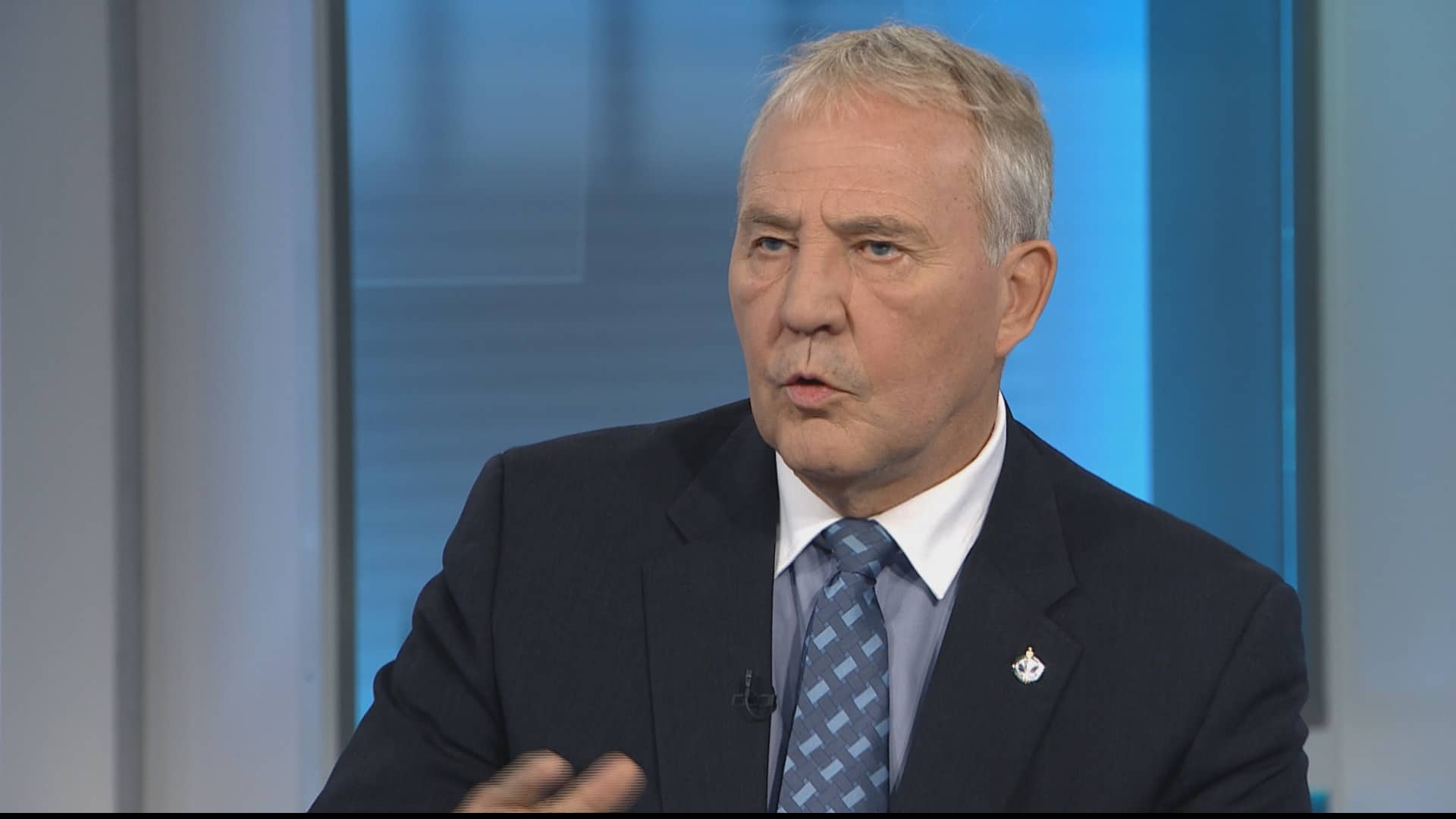 3 years ago
7:27
'Frankly the calls to call it something else is not much more than rhetoric,' says the government's pot legalization point person. 7:27

The Emergencies Act allows the government to take "special temporary measures to ensure safety and security during national emergencies," which could include the authorization and making of emergency payments and the establishment of emergency shelters and hospitals.

Davies said that second point would allow the government to open up emergency clinics and make legal the pop-up supervised injection sites that are currently operating illegally in Canada.

Conservative MP Marilyn Gladu said the federal government should also intensify its efforts to battle the crisis, but stopped short of calling for it to declare the crisis a national public health emergency.

"That's for the government to decide," she said.

Trudeau: 'This is a national health crisis'

"The opioid crisis is affecting families right across the country, bringing tragedy into homes and communities," Trudeau told reporters Thursday in Burlington, Ont. "This is a national health crisis that we are taking extraordinarily seriously."

When pressed on whether the federal government would declare the opioid crisis a national public health emergency, parliamentary secretary to the minister of health, Bill Blair, told CBC News Network's Power & Politics that doing so wouldn't amount to much more than "rhetoric."

"Using the Emergency Act would not create any additional authority or make available any additional resources. The resources that are required are being brought to bear within the existing legislative framework," Blair told guest host Catherine Cullen.

"There is no authority contained within that act … which would enable our government or our health minister to take any other actions that are required other than the ones she's already authorized to take under existing legislation," Blair told Cullen.

Health Minister Ginette Petitpas Taylor met with her provincial and territorial counterparts last week in Edmonton where the opioid crisis was a focus. Taylor told reporters Wednesday that the ministers had a good discussion and agreed to work collaboratively to come up with solutions and better access to services.

In May 2017, the federal government's Bill C-37 received royal assent, which streamlines the application process for communities that wish to open supervised injection sites, while also adding measures to better prevent illicit substances from entering the country.

Taylor told reporters Wednesday the government has increased funding for opioid-related research and also made regulatory changes to make sure individuals can have quicker access to treatment.

'We need to liberate our communities from this scourge'

"As Americans, we need to liberate our communities from this scourge of drug addiction. Never been this way. We can be the generation that ends the opioid epidemic. We can do it," Trump said Thursday.

Trump's announcement fell short of fulfilling his promise to declare the U.S.opioid crisis a "national emergency." Declaring a "national public health emergency" does not on its own release additional funds to fight an opioid crisis that killed roughy 64,000 Americans in 2016.