Health experts from across the country are meeting in Ottawa to work on a plan to curb the crisis of opioid-related overdose deaths - and some are pressing the federal government to declare a national public health emergency.

Members of the medical community and front-line soldiers in Canada's opioid crisis are pressing the federal government to declare a national public health emergency.

Dr. David Juurlink, head of pharmacology and toxicology at Toronto's Sunnybrook Health Sciences Centre, says the opioid problem is so dire it demands an urgent response at the highest levels of government.

Politicians are meeting with public health experts, doctors and family members who have lost loved ones at a two-day summit in Ottawa to hash out a solution to escalating — and deadly — rates of drug addiction.

6 years ago
Duration 0:49
Health Minister Jane Philpott explains why the opioid epidemic is crisis but not an emergency

Declaring a public health emergency would empower chief medical officers to take the actions necessary to reduce harm, Juurlink said. The federal NDP is calling on the federal government to do the same.

Declaring an emergency "takes out of the political realm the singular job of protecting public health and gives it to the people who are tasked with and empowered to do that," Juurlink said.

There is clear consensus that leadership and effective co-ordination at the federal level would have a major impact on reducing overdose deaths in Canada, said NDP health critic Don Davies.

"We urge the federal government to take immediate action to help save lives," he said in a statement.

The federal government is exploring every lever at its disposal to address the issue, Philpott told a news conference Friday.

"If there are tools that are available to me that we believe will be helpful, I will find the authority and go through the appropriate steps to be able to access those tools," she said.

"If we determine this is an appropriate tool, certainly we would do so."

There is no question the opioid issue is a national public health crisis, she added.

Philpott has admitted she is unhappy with a lack of data and surveillance programs that could shed light on how many opioids are prescribed, where they are coming from and how many people are overdosing and dying.

However, the problem requires a concerted, multi-pronged approach among multiple jurisdictions and won't be solved overnight, she warned.

"By working together to develop a national response to this crisis, we have an incredible opportunity to pool our knowledge, our experiences and the lessons learned and help to save the lives of people across this country suffering from opioid addiction," Ontario's Hoskins said.

Hoskins added that the "dramatic" increase in the illicit use of these highly potent drugs "frightens me to my core."

"Frightens me to my core" says Ontario Health Minister Eric Hoskins of hyper-potent drugs like carfentanyl.

Canada has the world's second-highest per capita consumption of prescription opioids, said Philpott, noting that in some parts of the country, drug overdoses are killing more people than motor vehicle accidents.

B.C. Premier Christy Clark is also pressing Ottawa to take steps to stop the flow of fentanyl from China — a drug that prompted that province to declare a public health emergency last spring.

Do you have questions about opioids? Share them with us below and we'll pose your questions to our medical contributor Dr. Peter Lin on Sunday on News Network. 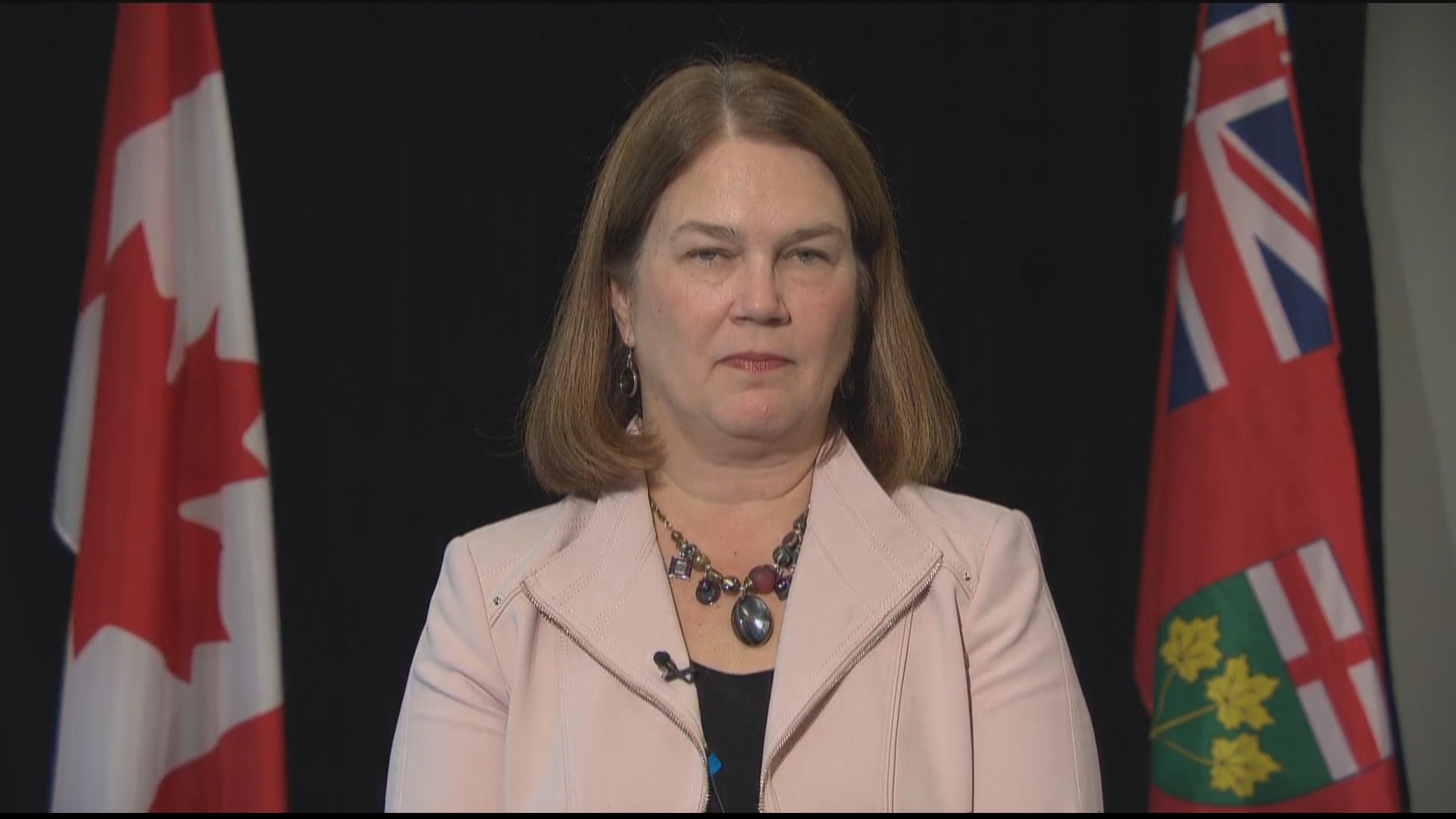 6 years ago
Duration 9:02
Federal Health Minister Jane Philpott on what the government is doing to stem the rising death toll of opioid overdoses.

with a file from CBC News