The federal cabinet is expected to announce its decision Tuesday on two major Enbridge-backed pipeline projects — Line 3 and the controversial Northern Gateway, CBC News has confirmed.

Trudeau government has been courting green voters with carbon tax, coal phase-out as it decides on pipelines

The federal cabinet is expected to announce its decision Tuesday on two major Enbridge-backed pipeline projects — Line 3 and the controversial Northern Gateway, CBC News has confirmed.

Prime Minister Justin Trudeau and his fellow ministers reached their decision last week, but held off publicly announcing their position until this week, after Trudeau returned from a trip to Africa for la Francophonie summit.

Trudeau has scheduled a press conference in the National Press Theatre in Ottawa for 4:30 p.m. ET today. CBCNews.ca will carry his remarks live. He is also scheduled to meet with Alberta Premier Rachel Notley in Ottawa later today.

A third pipeline, Kinder Morgan's Trans Mountain, will also be reviewed at a regularly scheduled cabinet meeting in Ottawa, CBC News has learned.

Cabinet must make a decision on that project on or before Dec. 19. 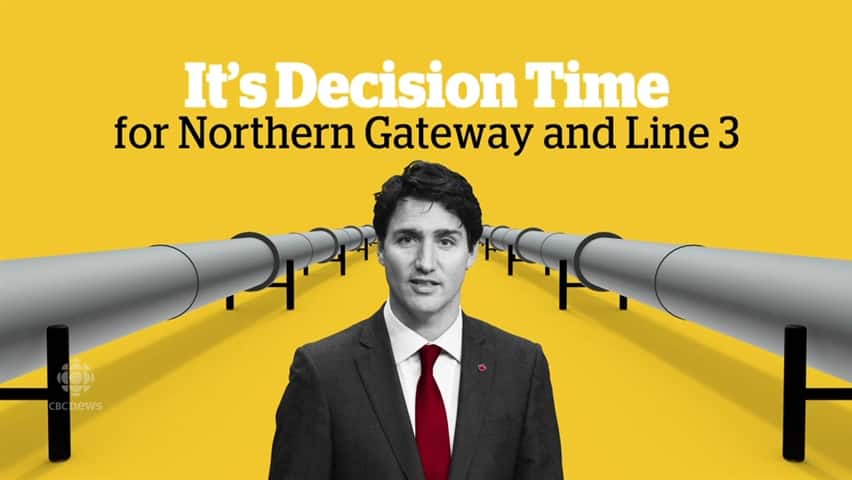 4 years ago
1:13
The Trudeau government has to make decisions on the Northern Gateway and Line 3 pipeline proposals by Friday. Here's a look at what's involved. 1:13

The government has already laid the groundwork for approving at least one project, courting green-conscious voters with plans to impose a national price on carbon, phase out coal-powered plants by 2030 and overhaul the National Energy Board, the country's regulator.

The National Energy Board and the former Harper government signed off on the $7.9-billion Northern Gateway project, and imposed 209 conditions. But the Federal Court overturned those approvals in June after it found Ottawa had not adequately consulted Indigenous people along the project's 1,177-kilometre route.

Carr said in September the government will not appeal the court's ruling.

Now, Ottawa will have to decide whether it will issue an extension and launch further consultations with Indigenous people, approve the project in defiance of the Federal Court or reject the project outright.

The proposed Northern Gateway pipeline would carry diluted bitumen produced in Alberta's oilsands to an export terminal in Kitimat, B.C.

Trudeau has not hidden his opposition to the project in the past, and openly campaigned against it during the last election.

"The Great Bear Rainforest is no place for a crude oil pipeline and I haven't changed my opinion on that," the prime minister added in September, referencing the protected area through which the pipeline would travel.

The second project, Line 3, is the largest pipeline project in Enbridge's history. It has attracted considerably less attention, with fewer activists setting their sights on stopping the 1,659-kilometre project that will carry oil from a terminal near Hardisty, Alta., through northern Minnesota to Superior, Wis.

The NEB signed off on a new Line 3 in April, but with 89 conditions for the segment that runs from eastern Alberta to Gretna, Man., near the Canada-U.S. border.

The $7.5-billion Line 3 project would nearly double the existing pipeline's volume to 760,000 barrels a day. It would funnel oil into Enbridge's crown jewel, the mainline system that collectively carries three million barrels a day into the U.S.

The existing line, constructed in the 1960s, has been a source of spills in the past, and the company has voluntarily dialled back capacity to address mounting maintenance issues while it pushes ahead with a replacement.

The company is staring down the clock, as the U.S. Justice Department ordered Enbridge in July to replace the entire pipeline by December 2017 or commit to substantial safety upgrades to the existing line. That decree is part of a settlement the company reached after a massive 2010 spill of 3.8 million litres of oil into Michigan's Kalamazoo River.

Line 3 currently carries "light" crude oil — a substance that is largely drawn from Western Canada's conventional oilfields rather than the oilsands — but the proposed upgrade would allow Enbridge to carry a mix of heavier oil across the border, including diluted bitumen, a boon for producers operating near Fort McMurray.

The Canadian Association of Petroleum Producers (CAPP) said Canada's network of pipelines is at capacity, and the construction of Line 3 and other projects is essential to get one of the country's most valuable exports to market.

"Not only is the system unable to handle day-to-day changes in global demand, but supply continues to grow. More than 850,000 barrels a day of oilsands supply will come on stream by 2021, and without energy-transportation infrastructure, Canada will be constrained," Tim McMillan, the president and CEO of CAPP, wrote recently.

Supply from Western Canada will grow to 5.5 million barrels of oil a day by 2030, CAPP forecasts, while current pipelines can only carry four million barrels.

Speaking ahead of the announcement on Tuesday morning, Conservative MPs Mark Strahl and Gérard Deltell urged the Liberal government not to play politics with the decision but instead demonstrate support for the oil and gas sector by approving the pipelines. Failing to allow the projects to proceed would kill jobs, they said. 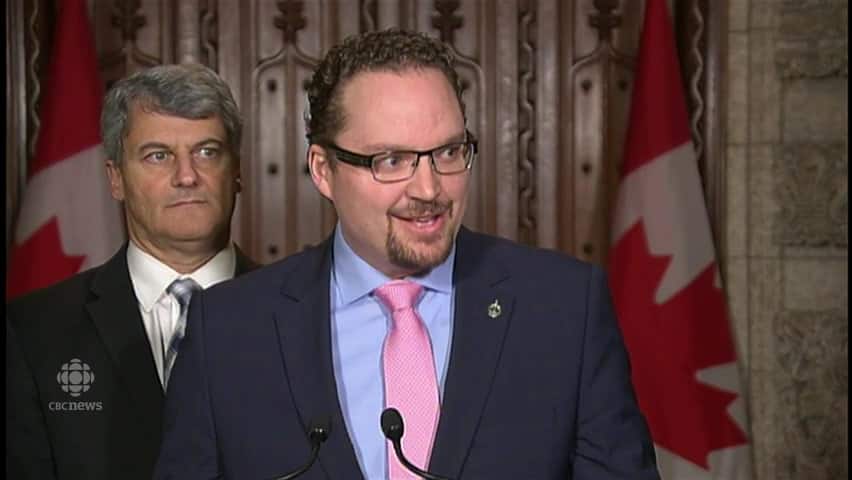