The federal government is rolling out new rules requiring that all air travellers wear face masks covering their noses and mouths while in transit.

The federal government is rolling out new rules requiring that all air travellers wear face masks covering their noses and mouths while in transit.

Transport Minister Marc Garneau announced a package of new measures Friday that also will require people flying in Canada to wear masks at all Canadian screening checkpoints whenever maintaining two metres' separation from others is not possible.

Travellers will have to wear masks whenever they cannot physically distance themselves from others, or when directed to do so by a member of an airline staff or a public health official.

Passengers arriving in or departing from Canada will have to prove they have a non-medical mask or face-covering with them during the boarding process; if they can't, they can be prevented from continuing their journey.

"If you need to travel, wearing a face covering is an additional measure you can take to protect others around you, especially in situations where physical distancing guidelines cannot be maintained," Garneau said in a statement.

WATCH | Canada's top doctor on making non-medical masks and who should wear them:

The new guidelines also ask that people travelling on boats or ships, trains or automotive vehicles voluntarily wear non-medical masks whenever physical distancing is not possible.

The only exceptions to the new rules, which come into effect at noon on April 20, are for children under the age of two and some people with disabilities.

Air passengers displaying symptoms of COVID-19 will not be allowed to board aircraft regardless of whether they have a mask.

Garneau's department said it worked with airlines and unions which had pushed for the regulations to keep workers in the industry safe.

Initially, Canadians were told not to wear non-medical masks because maintaining physical distance from others was seen as sufficient to prevent the spread of the virus.

Garneau's office said the scientific advice on masks has changed and the rules are changing as well.

The federal government maintains that wearing masks is not a substitute for maintaining a two-metre physical distance from others, regular hand-washing and staying home whenever possible.

Non-medical masks help to prevent those wearing them from spreading the virus. 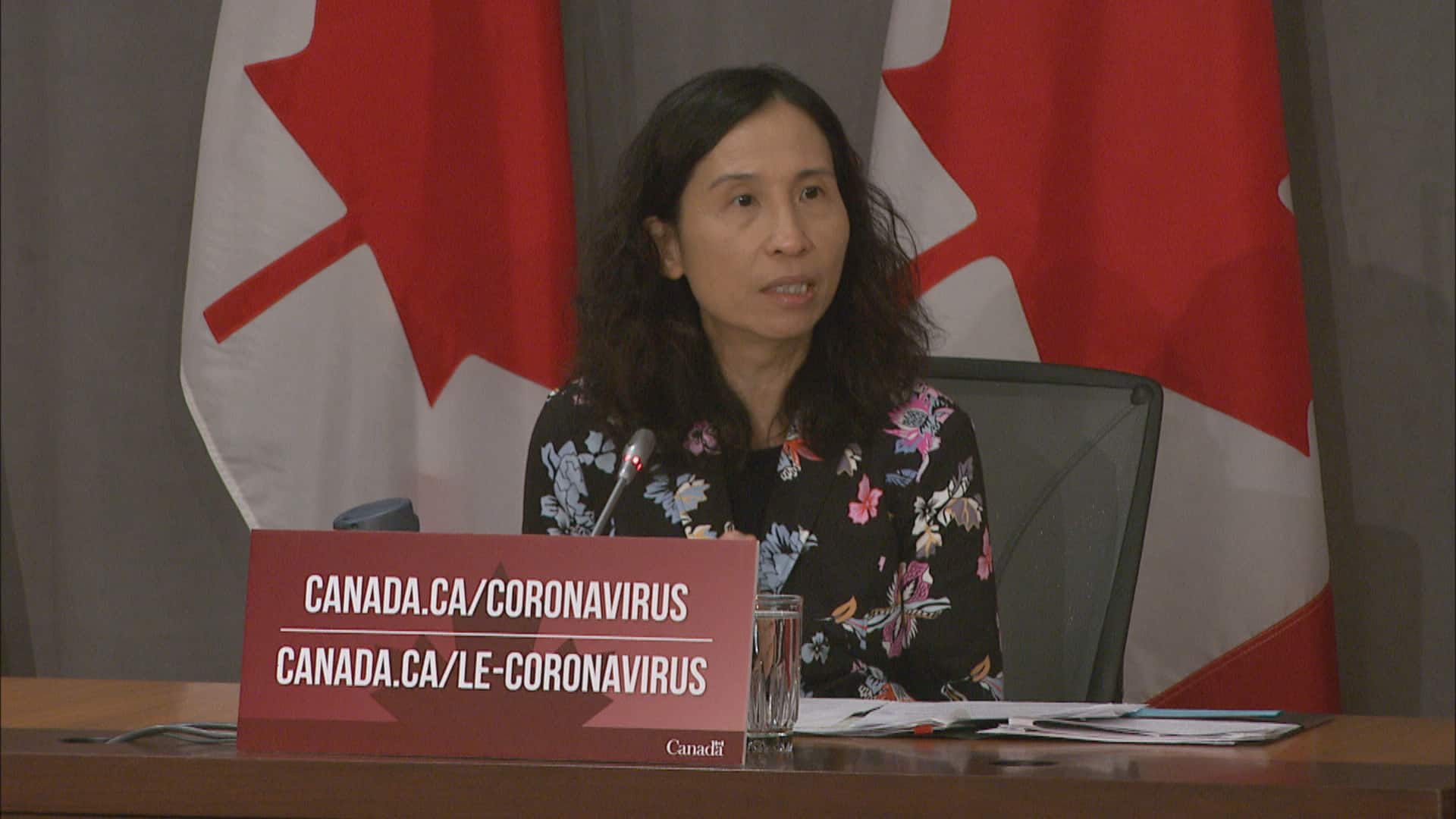 Air Canada said in a statement that, in addition to the new measures, it is making N95 masks, single-use gowns and gloves available to flight crews and is giving all flight attendants sterile wipes and hand sanitizer.

The airline also said it has made a number of changes to its onboard service.

On North American flights, bottled water has replaced the regular beverage service and food is no longer being served. International flights will also be limited to bottled water but pre-packaged meals will be offered.

The Canadian Union of Public Employees broadly welcomed the new measures but stressed that they want to see more done to protect workers in the airline industry.

"We're encouraged by this announcement and believe it will help reduce risk of infection for flight attendants and the flying public," said Wesley Lesosky, President of the Air Canada component of CUPE.

"At this point, we are looking forward to a full and comprehensive engagement with the airline and federal government regarding legislative changes to bolster the rights of workers to personal protective equipment and their right to refuse unsafe work," he added.

CUPE says that since March 15 there have been more than 300 flights in Canada with "confirmed COVID-19 travelers" resulting in 60 confirmed cases of union members contracting the virus.

Philippe Gagnon, a CUPE spokesman representing the staff of nine airlines across Canada, said that while the measures are welcome the union will continue to fight for the federal government to provide flight attendants with full protective equipment or the legal ability to refuse work if it doesn't.

"It's a step forward, but it is not enough to protect airline workers from contamination," said Gagnon.